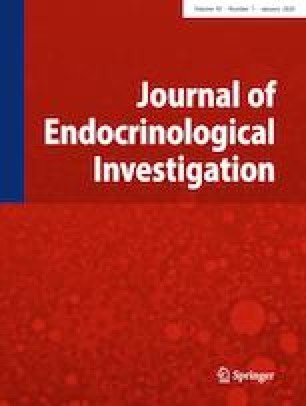 “The Flea Catcher” portrait: does it image pre-eclampsia or hypothyroidism?

Trimarchi et al. propose an insightful medical interpretation of the portrait the “Flea Catcher” by Georges de la Tour: they propose a novel diagnosis explaining the generalized edema and prominent abdomen of the young woman depicted as possible signs of myxedema [1]. The previous thesis based upon the presence of rounded abdomen assumed that the portrait represented a case of pre-eclampsia [1], which was a common complication of pregnancies and still is highly prevalent in developing countries, for instance, in Andean regions of South America. Possibly, both interpretations are legitimate; in fact a common causative factor of both pre-eclampsia and hypothyroidism can be the infection by pathogenic strains of Helicobacter pylori, i.e., those carrying the pathogenicity island, characterized by the presence of the cytotoxin-associated gene A (cagA) [2, 3]. Several mechanisms can explain H. pylori-related thyroid damage: one is the mimicry between bacterial and human antigens; in fact, antibodies raised against the bacterium reacted against human tissues. Specifically, the anti-thyroid peroxidase antibody (TPO Ab) directed against the bacterial peroxidase does cross-react with the human TPO. Lastly, the cure of H. pylori was shown to be followed by decreased circulating levels of thyroid autoantibodies. Moreover, Bartalena et al. reported that the proinflammatory cytokines, in particular interleukin-6 (IL-6), are a marker of thyroid-destructive processes, and it is well known that IL-6 systemic levels are increased several times following the infection by pathogenic (CagA positive) strains of H.pylori. As regards the paintings depicting thyroid diseases, Mehra and Campbell (Mayo Clinics Proc 2018) presented the interesting case of the portrait by Leonardo da Vinci of Mona Lisa, in whom they diagnosed post-partum hypothyroidism. Again, in this case, H. pylori infection could also have been involved. In conclusion, we agree with Trimarchi et al. [1] that the most likely explanation for the inspiration of this picture is a thyroid disease.

AP conceived the writing, all authors contributed to the drafting, completing, and approval of the letter.

No grants were involved.

For this type of study informed consent is not required.