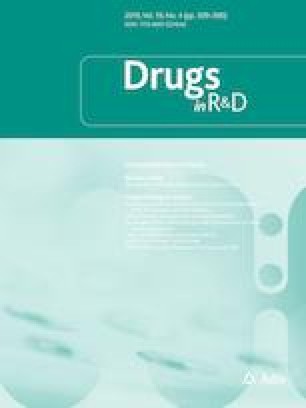 Pharmacokinetic drug–drug interaction (DDI) studies are conducted in adult subjects during drug development but there are limited studies that have characterized pharmacokinetic DDI studies in children. The objective of this study was to evaluate if the DDI clearance values from adults can be allometrically extrapolated from adults to children.

Fifteen drugs were included in this study and the age of the children ranged from premature neonates to adolescents (30 observations across the age groups). The age-dependent exponent (ADE) model was used to predict the clearance of drugs in children from adults following DDI studies.

This study indicates that it is possible to predict the clearance of drugs with reasonable accuracy in children from adults following DDI studies using an ADE model. The method is simple, robust, and reliable and can replace other complex empirical models.

Like adults, children are also exposed to several drugs that may lead to DDIs; however, the magnitude of the drug interaction ratio (ratio with or without two drugs) may be age-dependent [2, 3].

Pharmacokinetic DDI studies are conducted in adults during drug development but there are limited studies that have characterized pharmacokinetic DDI studies in pediatrics [3]. Due to the difficulties in conducting a pediatric DDI PK study, a general and logical view may be that drug interaction studies may not be needed in children because one can extrapolate DDI information from adult data. This view may or may not be applicable to all drugs [3].

The metabolic enzymes and renal elimination mechanisms are quite immature during the early days of life [4, 5, 6, 7, 8, 9, 10]. Therefore, the rate and extent of drug metabolism and elimination of drugs are different in children (particularly neonates and infants) of different ages than adults. Similarly, the magnitude of DDIs may be different in neonates and infants than in children [3]. For example, in adults, an interaction can lead to a substantial increase in the clearance of one or both drugs but, due to immature metabolic enzymes, the clearance may be very different (marginal change or no change) in very young children, resulting in subtherapeutic or toxic effects if one tries to extrapolate the DDI information from adults to children. DDI studies in neonates, infants, and children are not regularly conducted, but one can find a limited number of such studies in the literature [3].

The objective of this study was to evaluate if the drug clearance following a DDI can be allometrically extrapolated from adults to children.

The percentage prediction error between the observed and predicted clearance values was calculated according to the following equation:
$$\% \;{\text{error }} = \frac{{({\text{Predicted}} - {\text{observed}}) \times 100}}{\text{observed}}.$$
(2)

The percentage prediction error of ≤ 30% or ≤ 50% was considered a reasonably accurate prediction.

In this study, there were 15 drugs and 30 observations across the age groups (preterm to adolescents). The results of the study are shown in Tables 1 and 2. In Table 1, the observed clearance for adults and children with and without interaction ratios are shown. In addition, the data in Table 1 indicate that the interaction ratios between adults and children can be different.
Table 1

Adult body weight normalized to 70 kg. If the body weights of children were not provided in the article, then the weights were estimated from the body weight chart of the Centers for Disease Control and Prevention (CDC) and from the literature

Overall, when clearances of drugs were predicted in children following DDIs using adult clearance values following a DDI, a reasonably accurate prediction of clearance in children was noted.

Drug–drug interactions can be therapeutically beneficial or subtherapeutic, or can lead to toxicity. Therefore, DDI studies have become an integral part of modern-day drug development and drug therapy. DDI studies are rarely performed in children. Drug interaction studies are generally conducted in adults and it is then assumed that a similar observation will be noted across younger age groups. This may be true but the magnitude of interaction in terms of ratios of the area under the curve or clearance (with/without interaction) may differ from adults to children (Table 1). It is also possible that a DDI may not occur in adults or will be of very small magnitude, but in children the interaction may be of clinical significance (Table 1).

This study is an attempt to predict the clearance of drugs in children following DDI studies. The adult clearance values used in this study were obtained following DDI studies, and the approach is based on an ADE model proposed by Mahmood et al. [41, 42, 43, 44, 45]. The predictive performance of this method was previously validated in several studies by external data and was found to be reliable (prediction error ≤ 50% or ≤ 30%) [41, 42, 43, 44, 45]. In a recent study [45], the ADE model was compared with a physiologically based pharmacokinetic (PBPK) model and it was found that the predictive performance of both the ADE and PBPK models was comparable. The ADE model can be used from preterm neonates to adolescents based on fixed but variable age-dependent exponents. A recent publication with extensive data [46] further supported the previous observations [41, 42, 43, 44, 45] that the prediction of drug clearance from PBPK and ADE models is comparable across age groups. Other investigators [47, 48] also found that the ADE model is comparable with the PBPK model.

The concept of variable but fixed allometric exponents across the age groups is an integral part of the ADE model. For example, when one is extrapolating clearance from adults to preterm neonates, there are no data to determine the allometric exponent for a given age group; hence, a fixed exponent is used in the ADE model. This method has been well-tested and the results are satisfactory [41, 42, 43, 44, 45] and comparable with other methods [42, 44, 45, 46, 47, 48].

It is a well-known fact that the clearance of a good majority of drugs across the age groups (neonates to adults) can be described allometrically (since the body weight range is wide) and the exponents of allometry will depend on the weight range and clearance values. In most cases, a single allometric exponent cannot describe clearance versus weight data across the entire age groups (preterm neonates to adults). Under such circumstances, two to three allometric exponents may be needed to accurately describe clearance versus weight data across age groups [42, 49, 50, 51].

The exponents of the ADE model are based on the observations of many authors of past publications [52, 53, 54, 55], as well as body weight-dependent exponent (BDE) models [49, 50, 51]. The ADE model is simple compared with other models (statistical empirical models as well as PBPK empirical models) and can be used in pediatric drug development to select first-in-children dose [41, 42, 43, 44, 45].

The metabolic enzymes and renal elimination mechanisms are quite immature during the early days of life. Therefore, the rate and extent of drug metabolism and elimination of drugs are different in children (particularly in neonates and infants) than adults. Similarly, the magnitude of DDIs may be different in neonates and infants than children. For example, in adults, an interaction can lead to a substantial increase in the clearance of one or both drugs, but, due to immature metabolic enzymes, the clearance may be very different (marginal change or no change at all) in very young children, especially preterm and term neonates. Therefore, in neonates and infants, extrapolation of a PK parameter from adult data can lead to serious prediction errors. Due to the paucity of DDI data in neonates and infants, a comprehensive analysis could not be performed in this study.

This study indicates that it is possible to predict the clearance of drugs with reasonable accuracy in children following DDI studies using an ADE model; however, there are many physiological and physical factors that may be hurdles for the prediction of drug clearance in children following DDI studies, but a reasonably accurate estimate of clearance is possible in children across the age groups using the proposed ADE model. It should be noted that the proposed method is not in lieu of a clinical trial, rather the methods should be used for the selection of first-in-children dose before initiating a pediatric DDI clinical trial. The proposed method is simple, robust, and reliable and can replace other complex empirical models. In an era of ‘fit for purpose’, simple models, if providing similar results, should be preferred over complex models that require too many covariates or too many and needless physiological parameters.

Iftekhar Mahmood declares that he has no conflicts of interest.

No funding from the US FDA or any private enterprise was used to conduct this study or prepare this manuscript.

Open AccessThis article is licensed under a Creative Commons Attribution-NonCommercial 4.0 International License, which permits any non-commercial use, sharing, adaptation, distribution and reproduction in any medium or format, as long as you give appropriate credit to the original author(s) and the source, provide a link to the Creative Commons licence, and indicate if changes were made. The images or other third party material in this article are included in the article's Creative Commons licence, unless indicated otherwise in a credit line to the material. If material is not included in the article's Creative Commons licence and your intended use is not permitted by statutory regulation or exceeds the permitted use, you will need to obtain permission directly from the copyright holder.To view a copy of this licence, visit http://creativecommons.org/licenses/by-nc/4.0/.