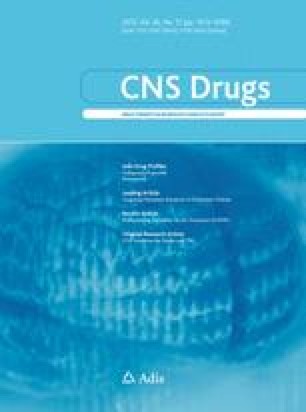 Brain injury from stroke and traumatic brain injury (TBI) may result in a persistent neuroinflammatory response in the injury penumbra. This response may include microglial activation and excess levels of tumour necrosis factor (TNF). Previous experimental data suggest that etanercept, a selective TNF inhibitor, has the ability to ameliorate microglial activation and modulate the adverse synaptic effects of excess TNF. Perispinal administration may enhance etanercept delivery across the blood–CSF barrier.

The objective of this study was to systematically examine the clinical response following perispinal administration of etanercept in a cohort of patients with chronic neurological dysfunction after stroke and TBI.

After approval by an independent external institutional review board (IRB), a chart review of all patients with chronic neurological dysfunction following stroke or TBI who were treated open-label with perispinal etanercept (PSE) from November 1, 2010 to July 14, 2012 at a group medical practice was performed.

The treated cohort included 629 consecutive patients. Charts of 617 patients following stroke and 12 patients following TBI were reviewed. The mean age of the stroke patients was 65.8 years ± 13.15 (range 13–97). The mean interval between treatment with PSE and stroke was 42.0 ± 57.84 months (range 0.5–419); for TBI the mean interval was 115.2 ± 160.22 months (range 4–537). Statistically significant improvements in motor impairment, spasticity, sensory impairment, cognition, psychological/behavioural function, aphasia and pain were noted in the stroke group, with a wide variety of additional clinical improvements noted in individuals, such as reductions in pseudobulbar affect and urinary incontinence. Improvements in multiple domains were typical. Significant improvement was noted irrespective of the length of time before treatment was initiated; there was evidence of a strong treatment effect even in the subgroup of patients treated more than 10 years after stroke and TBI. In the TBI cohort, motor impairment and spasticity were statistically significantly reduced.

Irrespective of the methodological limitations, the present results provide clinical evidence that stroke and TBI may lead to a persistent and ongoing neuroinflammatory response in the brain that is amenable to therapeutic intervention by selective inhibition of TNF, even years after the acute injury.

Funding for the study was provided by the Institute of Neurological Recovery® (INR®). Edward Tobinick, Nancy M. Kim, Gary Reyzin, Helen Rodriguez-Romanacce and Venita DePuy played an important role in the acquisition, analysis and interpretation of the data, wrote the manuscript, made substantive suggestions for revision and approved the final submitted version. Venita DePuy performed the statistical analyses. Edward Tobinick was responsible for the conception and planning of the work that led to the manuscript. The authors acknowledge the general assistance of Lynna Sim, Daniel Gendler, Shea Sullivan and Young Hee Jennifer Kim. Edward Tobinick is the named inventor and receives royalties from multiple issued and pending US and international patents assigned to TACT IP LLC that describe perispinal administration of etanercept for the treatment of stroke and other methods of use of etanercept and other biologics for the treatment of neurological disorders. These patents include, but are not limited to, US patents 6419944, 6537549, 6982089, 7214658, 7629311, 8119127, 8236306 and Australian patent 758,523. The INR® is a private medical practice that has licensed the TACT IP LLC patents. Nancy Kim, Helen Rodriguez-Romanacce and Gary Reyzin are INR® employees. Venita DePuy received payment for her authorship contributions.