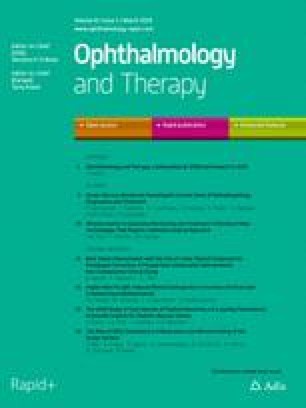 Intraoperative intraocular bleeding can present a major challenge during anterior segment operations, such as cataract and glaucoma surgery. In the presence of significant intraocular bleeding, the surgeon may be unable to proceed if the bleeding cannot be controlled. Uncontrolled bleeding may also result in intraoperative or postoperative complications. Intracameral injection of phenylephrine was used in three consecutive cases of intraoperative anterior chamber bleeding during cataract surgery, one of which was combined with CyPass® Micro-Stent insertion. This resulted in complete cessation of bleeding within a minute of the injection. No further intraoperative or postoperative hemorrhage was seen. As far as we know, this is the first report of intracameral phenylephrine use intraoperatively to successfully stop anterior chamber bleeding, enabling safe completion of surgery.

Intraoperative anterior chamber bleeding can have various causes, such as iatrogenic iris trauma, abnormal blood vessels or be seemingly spontaneous. A number of intraoperative techniques can be utilised to control intraocular bleeding. A watch and wait approach may lead to spontaneous cessation of bleeding. In cases of significant bleeding or impaired clotting, this may be ineffective. Moreover, if the bleeding does stop naturally, it may restart spontaneously or with further intraocular manuevers. The anterior segment can be tamponaded with viscoelastic, air or saline solution. During significant active bleeding, this may be ineffective. Raising the IOP through tamponading can be painful under topical anesthesia (now used in > 90% of cataract surgery) [1], and is a risk factor for optic disc damage in patients with advanced glaucoma.

Phenylephrine is an α-1 adrenergic receptor agonist which is used in ophthalmology to achieve and maintain pupillary dilation [2]. It is used for pre-operative dilation either in the form of eye drops or a pellet inserted into the inferior fornix. It can also be injected intracamerally to induce or improve pupillary dilatation [2, 3].

Informed consent was obtained from all individual participants for being included in the study.

A 76-year-old woman presented with reduced vision due to cataract formation in her only eye with useful vision. Relevant examination findings of the operated eye are in Table 1. She therefore underwent cataract surgery [phacoemulsification with intraocular lens (IOL) insertion].
Table 1

Intraoperatively, during the irrigation and aspiration of the lens cortex, significant intraocular bleeding started. The cause of this is not certain, but probably due to iris or ciliary body trauma. For five minutes, continued irrigation and aspiration was very challenging due to the continued significant bleeding which appeared to originate behind the iris. Video recording of the case was therefore started (see Video)  https://doi.org/10.6084/m9.figshare.7623983. Due to the magnitude of bleeding, it was felt that tamponade would not work. Then 0.3 ml phenylephrine 2.5% (undiluted) was therefore injected intracamerally. As shown in the video recording, further irrigation and aspiration of the anterior chamber revealed that bleeding completely stopped. No further intraoperative bleeding was observed thereafter, and the case was finished successfully.

A 78-year-old man on systemic warfarin and tamsulosin tablets had phacoemulsification with IOL insertion. Pre-operative findings are shown in Table 1. Intracameral phenylephrine was used initially to improve pupil dilation. Despite this, iris bleeding occurred at the end of surgery. Intracameral phenylephrine (same concentration as initial injection) was used to control the bleeding. The bleeding point on the iris was seen to stop bleeding about one minute post injection. No further intraoperative bleeding was observed, and the surgery was completed uneventfully.

An 82-year-old man on aspirin had left phacoemulsification with IOL and Cypass® Micro-Stent insertion, having had the same procedure (uncomplicated) to his right eye 2 months prior to this. Ab-interno insertion of the CyPass® Micro-Stent into the supraciliary space (second attempt) resulted in significant intraocular bleeding obscuring view of the anterior segment. The bleeding continued despite irrigation and aspiration of the anterior segment. Intracameral phenylephrine was therefore injected, and the bleeding completely stopped within one minute of this injection. Further irrigation/aspiration did not result in more bleeding, and the operation was successfully completed.

In all three cases, hyphema was not detected at any of the post-operative visits. Post-operative findings are summarized in Table 1. Case 1 had low IOP the first two post-operative visits, which returned to normal levels at clinic review day 17 post-operatively (11 mmHg). On examination, no cause for this was found, and there was no evidence of a link to use of intracameral phenylephrine. None of the three patients developed post-operative cystoid macular oedema at up to 2 months follow-up.

This appears to be the first report of the use of intracameral phenylephrine for controlling intraocular bleeding during cataract surgery. Physiologically, the observed cessation of bleeding makes sense in light of the known potent vasoconstrictive properties of phenylephrine. Phenylephrine injected intravitreally in rabbits has been shown to result in iris-ciliary vessel vasoconstriction [4].

There are theoretical concerns regarding vasodilation of the vessel after initial vasoconstriction leading to further intraocular bleeding. This was not observed intraoperatively in these cases, and no hyphema was seen in any of the post-operative visits.

Intraocular adrenaline 0.1% is known to have a vasoconstrictive effect on iris vessels in rat eyes [6]. All three surgical cases had 0.5 ml of adrenaline 1:1000 infused into 500 ml of balanced saline solution (BSS) irrigation solution (i.e., adrenaline 0.1%). Irrigation and aspiration of the anterior segment with this solution did not succeed in halting the bleeding. This case series suggests that intracameral phenylephrine is much more effective in controlling significant intraoperative intraocular bleeding.

Albeit a few sporadic case reports, no significantly increased risk of systemic or post-operative ophthalmological complications have been reported with intracameral phenylephrine 2.5% use [2, 3, 7]. A concentration of 2.5% has been recommended for operating room use [8].

In our case series, 0.3 ml injection of 2.5% phenylephrine was used. A retrospective study found that a 0.6 ml intracameral injection of diluted phenylephrine (0.3 ml phenylephrine 2.5% mixed with 0.3 ml BSS) was not found to be associated with complications in the short- and medium term [7]. Phenylephrine is a vasopressor, however, and there are case reports of cardiovascular complications [9]. Circulatory monitoring of patients for increased blood pressure and heart rate/rhythm changes is therefore advisable.

Although intracameral phenylephrine was not found to be associated with post-operative complications, no corneal endothelial cell counts nor corneal thickness measurements were performed to assess for endothelial toxicity. Also, as this is not a controlled study, it is not possible to state how much faster the bleeding is controlled with phenylephrine as compared with observation.

Intracameral phenylephrine has a potential application for the cessation of anterior chamber bleeding during intraocular surgery. This technique may be particularly helpful in light of the rising trend of combined cataract surgery with minimally invasive glaucoma shunts, in which the risk of intraocular bleeding intraoperatively can be substantially higher.

We would like to thank Dr. Sally Ameen for sharing her clinical experience in implementing this technique. We thank the participants of the study for consenting to share their clinical information.

No funding or sponsorship was received for this study or publication of this article. The article processing charges were funded by the authors.

All named authors meet the International Committee of Medical Journal Editors (ICMJE) criteria for authorship for this article, take responsibility for the integrity of the work as a whole, and have given their approval for this version to be published.

Mukhtar Bizrah and Melanie C. Corbett have nothing to disclose.

Informed consent was obtained from all individual participants for being included in the study.

The datasets generated during and/or analyzed during the current study are not publicly available due patient confidentiality reasons, but are available from the corresponding author on reasonable request.

Video legend: Video recording started by surgeon to show extent of uncontrollable intraoperative bleeding despite irrigation and aspiration. In this video clip, intracameral phenylephrine is injected at 1 minute and 20 seconds. Irrigation and aspiration one minute later results in clearing of anterior chamber blood, and no further intraocular bleeding is observed (MP4 335278 kb)