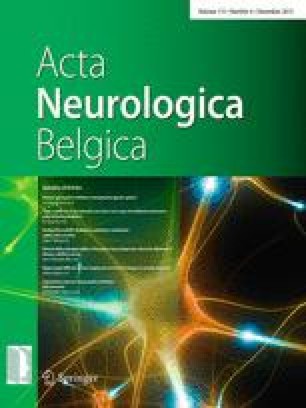 The correct diagnosis of patients with psychogenic movement disorders is not straightforward, nor is it always easy to differentiate them from patients with organic movement disorders [1]. In addition, psychogenic disorders may arise within the context of established organic diseases [2] and have been described in asymptomatic family members, who carry the mutation, of subjects with an inherited disorder [3]. The phenomenon of overlap between functional and organic neurological disorders (functional overlay) appears to be common in neurological practice, including up to 12 % of all those with neurological diseases [2]. The occurrence of functional overlay within the context of established Parkinson’s disease (PD) has recently been described in a case series by Pareés and co-workers [4]. Here, we describe a further case of psychogenic tremor in a patient with otherwise typical PD.

A 62-year-old shop owner, with no relevant family or personal medical history came to my clinic with a...

I have no conflict of interest regarding this paper.

This case report was approved by the Ethics committee of the Sapienza University Medical School.