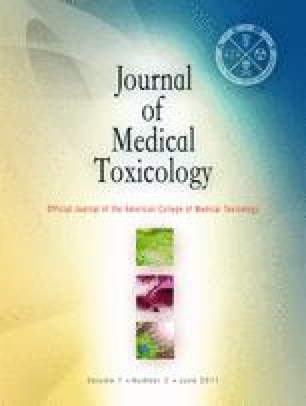 The Art of Toxicology

In 1966, Francois Dessertenne, writing in French about a particular dysrhythmia, coined a familiar term which is usually translated as “twisting of the points” [1]. For four-and-a-half decades, Anglophones have generally written the term with singular and plural words used together incorrectly. The correct form has been debated and discussed from time to time while the error persists [2, 3]. Rarely do authors write this correctly [4].

The term includes two nouns which usually and correctly appear in their plural forms. Most authors agree that the “points” (English) refer to the tips of the QRS complex in plural, so “pointes” must be correct. A minority view holds that the axis of rotation is the point, but this belies the preposition “of” and would require “on”, “around”, or “about” instead. Only torsades en pointe would describe this interpretation.

The first noun referring to “twisting” usually appears in plural form but often appears in the singular form also. Some argue that the term can be either singular or plural, depending upon how many cycles of rotation are observed. However, the term describes a pattern which can only be recognized when it repeats. Also, Dessertenne used the definite article “les” (plural “the”) in his original description [1]. The most correct form of the first noun must be “torsades”, with a silent “s” at the end of the word.

The connecting word “des” is the smallest and the most frequently written incorrectly. “Des” translates either as “of the” or as the plural indefinite article “some”. In either use, “des” necessarily precedes a plural noun. Hence all three words should be plural.

Authors with savoir-faire should write “torsades des pointes” while noting that each plural “s” is silent.