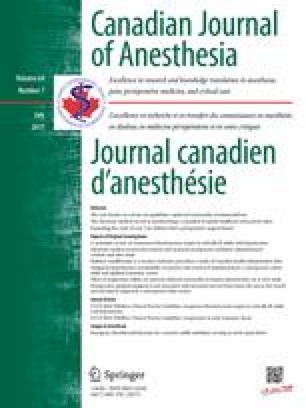 Atrial Septal Defect Decompressive Craniectomy Inferior Vena Cava Filter Hemorrhagic Transformation Coronary Perfusion Pressure
These keywords were added by machine and not by the authors. This process is experimental and the keywords may be updated as the learning algorithm improves.

Acute ischemic stroke is often complicated by hemorrhagic transformation that may preclude pharmacologic venous thromboembolic prophylaxis.1 The risk of thrombotic complications after acute stroke in the absence of pharmacologic prophylaxis is substantial, with the incidence of deep venous thrombosis reported at 50% and that of clinically apparent pulmonary embolism at 10-13%.2,3

We report the case of a 52-yr-old woman who suffered an acute right middle cerebral artery ischemic stroke with subsequent hemorrhagic transformation that required decompressive craniectomy. She was discharged from the hospital two weeks later on aspirin 81 mg for secondary stroke prevention. Approximately four weeks later, the patient was readmitted to the hospital following a syncopal event. She was markedly hypoxemic and hypotensive. Computed tomography revealed an acute pulmonary saddle embolism. She was emergently transferred to the operating room for open thromboembolectomy under cardiopulmonary bypass. Intraoperative transesophageal echocardiography (Figure, supplemental video) revealed thrombus migration from the right atrium into the left atrium through an atrial septal defect, as well as severe right ventricular enlargement and dysfunction. The surgical specimen, measuring 45 cm in length, was extracted from its origin at the junction of the inferior vena cava and right atrium where it then folded on itself and crossed through the atrial septal defect before extending into the right ventricle, the right ventricular outflow tract, and both pulmonary arteries. Surgical extraction was associated with rapid improvements in circulatory hemodynamics and oxygenation.

Massive pulmonary embolus requiring open thromboembolectomy is rare, typically limited to those with absolute contraindications to lytic therapy (i.e., recent intracranial hemorrhage). In this case, the patient had a very large thrombus at heightened risk for paradoxical embolization given the presence of an atrial septal defect. After consultation with our colleagues in neurological surgery, neurology, vascular medicine, and cardiovascular surgery, the benefits of open thromboembolectomy were deemed to outweigh the potential risk of recurrent intracranial hemorrhage associated with the systemic administration of unfractionated heparin for cardiopulmonary bypass.

Optimal perioperative hemodynamic management during open pulmonary thromboembolectomy is critical for maximizing the chances of a positive outcome. Anesthetic goals are centered on support of the failing right ventricle, including maintaining systemic vascular resistance and coronary perfusion pressure, supporting ventricular inotropy and the heart rate, and minimizing additional increases in pulmonary vascular resistance.4 In this case, meticulous titration of intravenous epinephrine, norepinephrine, and vasopressin along with judicious fluid administration and avoidance of hypoxemia and hypercarbia during induction and maintenance of anesthesia resulted in adequate hemodynamic stability. Fortunately, this patient improved rapidly following thromboembolectomy and suffered no bleeding complications associated with systemic heparinization. An infrarenal inferior vena cava filter was placed on postoperative day 1 to prevent recurrent thromboembolic episodes. She was discharged home on postoperative day 6.

VIDEO Transesophageal echocardiogram of a massive saddle pulmonary embolus that can also been seen crossing the interatrial septum. (AVI 3661 kb)