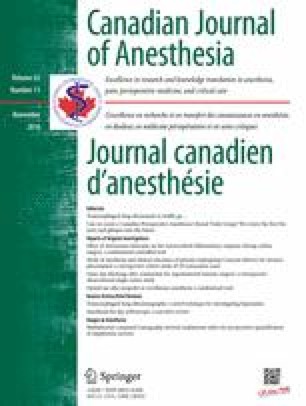 Exchange Catheter Tracheal Wall Video Laryngoscope Fibreoptic Intubation Supraglottic Airway
These keywords were added by machine and not by the authors. This process is experimental and the keywords may be updated as the learning algorithm improves.

Awake placement of a supraglottic airway (SGA), such as the air-Q® laryngeal airway (Mercury Medical, Clearwater, FL, USA), with its subsequent exchange to an endotracheal tube after induction of general anesthesia, has been described as an effective alternative to awake fibreoptic intubation in patients with potentially difficult airways.1

The Arndt Airway Exchange Catheter kit (AAEC) (Cook Critical Care, Bloomington, IN, USA) combines a bronchoscopic adapter with a guidewire that can be passed through the working channel of an adult bronchoscope and an exchange catheter with a tapered tip. The AAEC kit has been utilized to facilitate safe Seldinger-style exchange to an endotracheal tube (ETT) from a variety of SGAs.2-4 However, we report here a failed attempt to utilize this technique with an awake-placed air-Q airway.

A 208-kg (body mass index 70 kg·m−1) woman with tracheal deviation secondary to a thyroid mass presented for elective thyroidectomy. She had previously undergone awake flexible bronchoscopic intubation for other operations and reported severe anxiety and nightmares related to the experience. She wished to avoid repeat awake intubation. The surgical service requested utilization of a NIM TriVantage EMG ETT (Medtronic, Minneapolis, MN, USA) for intraoperative monitoring of the recurrent laryngeal nerve. Because of the patient’s obesity and tracheal deviation, we thought that induction of anesthesia without a controlled airway would be unsafe. We did not think, however, that an appropriately sized NIM ETT (with the bulk of its conductive electrodes and wires) would pass directly through an air-Q. We felt quite comfortable offering the patient awake air-Q placement with exchange catheter-facilitated conversion to a NIM tube after induction of general anesthesia.

Awake placement of a size 4.5 air-Q was uneventful. After demonstration of successful positive-pressure ventilation, general anesthesia was induced. A flexible intubating bronchoscope was advanced easily through the AAEC bronchoscopic swivel adapter and air-Q into the trachea. The provided guidewire was then passed through the working channel and into a bronchus. The flexible scope was withdrawn over the wire. The tapered exchange catheter was then threaded over the wire and into the air-Q, but advancement became impossible past the 25 cm mark (measured at the end of the bronchoscopic swivel adapter). Our assumption was that the exchange catheter was caught on the tracheal wall. The air-Q was therefore slowly removed while attempts were made to advance the catheter while keeping the wire intact. A video laryngoscope (VL) was then placed in the patient’s mouth, revealing that the exchange catheter and guidewire had been pulled out of the airway during the attempted exchange procedure. The VL view of the glottis allowed successful direct placement of the NIM ETT.

On later re-creation of the above scenario in a simulation laboratory, we realized that the tapered tip of the Arndt Exchange Catheter likely became wedged in the narrow cleft between the inner sidewall and the small “elevation ramp” in the middle of the laryngeal surface of the air-Q (see Figure and the video available as Electronic Supplementary Material). This ramp is intended by the manufacturer to facilitate intubation by directing an endotracheal tube anteriorly toward the laryngeal inlet. In our case, however, the exchange catheter likely became entrapped in the cleft, preventing advancement of the catheter into the trachea and resulting in misdiagnosis of tracheal wall impingement.

This previously unpublished complication could potentially be avoided by carefully lubricating the tapered tip of the exchange catheter with silicone spray or a small amount of water-based lubricating jelly. It might also be avoided by measuring the exchange catheter depth prior to inserting the flexible scope and subjecting the patient to the examination (in parallel) if the catheter does not advance easily to the expected depth. Although it would require additional steps for the procedure, it would likely decrease the occurrence of the above complication and avoid the risks of tracheal injury from blind advancement of the catheter past the point of resistance.

Although many SGAs are often thought of as interchangeable, it is clear that experience and repeated success with a technique of catheter-based exchange with one type of SGA does not ensure similar success with other, seemingly equivalent devices.

Video demonstration from our airway simulation laboratory of how the tapered tip of an Arndt Airway Exchange Catheter (with a guidewire passing through the inner lumen) can potentially be entrapped between the inner sidewall and the small integrated “elevation ramp” of an air-Q supraglottic airway. Supplementary material 1 (MP4 49943 kb)