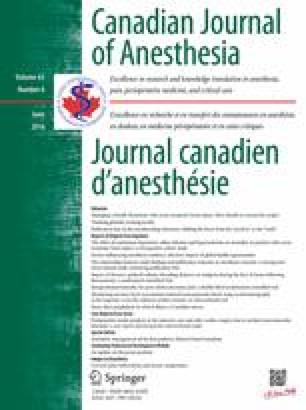 Tracheal Intubation Silicone Tube Direct Laryngoscopy Video Laryngoscope Extreme Curvature
These keywords were added by machine and not by the authors. This process is experimental and the keywords may be updated as the learning algorithm improves.

Clinicians now have access to a variety of devices to facilitate tracheal intubation, from “classical” direct laryngoscopic devices to the continually expanding array of video laryngoscopes [along with various intubation-facilitating devices such as the lightwand1 and Airtraq® Optical Laryngoscope (Prodol Meditec S.A., Vizcaya, Spain)]. The endotracheal tube (ETT) itself, however, has undergone few adaptations. We suggest a number of improvements to the ETT, making it more suitable and efficacious for use with modern video laryngoscope equipment.

Traditional ETTs are designed by many manufacturers in a pre-curved form. This common ETT style typically allows problem-free intubation using direct laryngoscopy, during which the user may direct the non-styleted ETT through the vocal cords into the trachea. The user may also introduce the ETT using an intubation-assisting device such as an Eschmann Tracheal Introducer (Portex Limited, Hythe, UK), commonly known as the gum elastic “bougie.” When using a stylet, however, there is a tendency for the pre-curved ETT to hit anteriorly, potentially becoming “hung up” on the anterior tracheal wall, regardless of the operator’s positioning of the ETT prior to stylet removal. This problem has also been known to occur with devices such as the lightwand. Methods have been proposed to mitigate this problem, such as warming the ETT and “reverse loading” of the ETT.2

This problem of being “hung up,” which could injure the anterior tracheal wall while advancing the ETT past the cords, is more likely when using a video laryngoscope, with which a stylet is more universally employed.3 This problem can be further compounded because of the more exaggerated curve required for such devices - whether it be a stylet bent by the operator or those supplied with commercial devices, such as the GlideScope™ (Verathon Medical, Bothell, WA, USA). This more extreme curvature may make ETT advancement difficult during simultaneous withdrawal of the stylet.

To investigate the degree to which a “traditional” ETT curves as a stylet is slowly and carefully withdrawn, we performed a side-by-side video comparison of lubricated stylets being withdrawn from a traditional ETT or a straight, commercially available ETT (Fastrach wire-reinforced silicone tube; Canada Teleflex Medical, Markham, Ontario). The degree to which the traditional ETT curls upward (and thus toward the anterior tracheal wall) during withdrawal of the stylet is significant compared to the much shallower transition seen with a straight ETT (Figure). We successfully performed tracheal intubation in more than ten patients using the styleted straight Fastrach silicone tube and the C-MAC video laryngoscope (Karl Storz Endoscopy-America, Inc. Culver City, CA, USA) without the ETT getting “hung up.”

Given the increasing use of video laryngoscopy to complement direct layngoscopy, we propose several structural and material changes to ETTs for video laryngoscopic use. Ideally, given their potential routine clinical use, one hopes that the cost of these tubes would be essentially comparable to that of standard, traditional ETTs.

First, as shown in our video demonstration (available as Electronic Supplementary Material), we suggest that a straight ETT, with no curvature “memory,” be used. Having a straight ETT would allow the clinician to bend the ETT (around an inserted stylet) into whatever shape that fits the patient’s anatomy and the type of device being used. Having a straight ETT would obviate the steps suggested previously of warming the ETT and reverse loading it immediately prior to intubation.2 Second, we suggest that a softer tip with a anteroposteriorly oriented bevel be employed, rather than that found on traditional ETTs. Finally, to minimize glare, less reflective materials should be used when manufacturing the “video laryngoscope ETT” (or “VL tube”). Taken together, we hope that these simple, proposed modifications of the “VL tube” may enhance the already growing utility of video laryngoscopy in situations where its use is indicated.