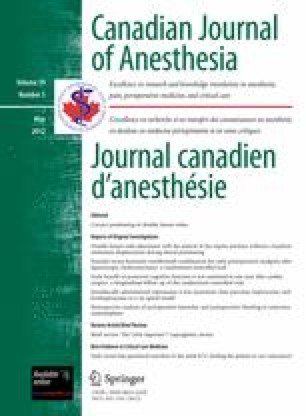 Ultrasound-guided vascular access: the importance of the needle bevel

Posterior Wall Ultrasound Beam Introducer Needle Radial Artery Cannulation Needle Shaft
These keywords were added by machine and not by the authors. This process is experimental and the keywords may be updated as the learning algorithm improves.

Real-time ultrasound guidance has become a standard of care for the placement of central venous catheters, and it is gaining in popularity for other types of vascular access, such as cannulation of arteries and peripheral veins.1 An “out-of-plane” or “in-plane” technique can be utilized (the path of the needle is directed perpendicular or parallel to the ultrasound beam, respectively); however, with either technique, correct identification of the needle tip during advancement is crucial to avoid complications. The in-plane approach, although technically more challenging, offers the advantage of visualizing the entire length of the needle, thereby possibly reducing posterior vessel wall perforations and punctures of neighbouring organs.2

We used a LOGIQ Book XP Pro ultrasound machine (GE Medical Systems Co., Ltd., Wuxi, China) and a 10 MHz linear probe and 20G over-the-needle cannula (Becton Dickinson Critical Care Systems Pte Ltd., Singapore) to perform an ultrasound-guided radial artery cannulation using an in-plane approach. During the procedure, we observed a short bright line in front of and below the apparent needle tip which was consistently moving along with the needle. Interestingly, now that we look for it, we always see a similar bayonet-like line on the image. This pattern is clearer when the needle tip is intravascular and not obscured by tissues and when the introducer needle (bevel up) is in perfect alignment with the plane of the ultrasound beam (Figure A). Provided a high-frequency probe is used, the line is recognizable with any standard long-bevel intravascular needle or cannula under various ultrasound settings.

In our view, these observations have two practical consequences. First, although the in-plane approach allows for a better visualization of the entire needle than the out-of-plane technique, the needle tip may actually be more distal than the end of the line representing the image of the needle. We find that the “bevel line” is a useful direct sign that should be actively sought to confirm needle tip position during needle advancement. Second, the actual needle tip is at the distal end of this short bevel line, a few millimetres deeper than the end of the long line representing the apparent needle. This is extremely important when cannulating small-diameter vessels, such as peripheral veins or the radial artery, with the in-plane approach. Neglect of the “bevel line” can lead to inadvertent perforation of the posterior wall of the vessel, which might result in cannulation failure and hematoma formation.

No funding was received from any agency or institution.

There are no commercial or non-commercial affiliations, or other associations, that are or may be perceived to be a conflict of interest with the work of any author.

VIDEO Needle advancement and rotation in a chicken breast.