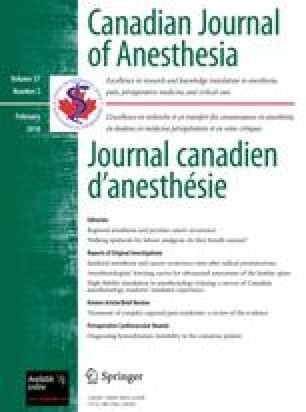 The purpose of these Rounds is to illustrate how bedside echocardiography allows the clinician to rapidly determine the mechanism of hemodynamic instability, which may be multifactorial in patients presenting with loss of consciousness. Consent to publish the accompanying images was obtained from the Research Ethics Board of the Montreal Heart Institute.

A young Caucasian woman was transferred to the emergency department after she was found unconscious in her car. Her medical history was unremarkable with no illicit drug use, and her initial blood pressure was 80/60 mmHg with a heart rate of 100 beats · min−1. Cardiopulmonary auscultation revealed bilateral crackles, and her oxygen saturation was 90% on room air. Since she was unable to protect her airway, the woman’s trachea was rapidly intubated. The chest radiograph showed pulmonary edema (Fig. 1a), and the end-tidal CO2 after tracheal intubation was 20 mmHg. The initial electrocardiogram demonstrated normal sinus rhythm, inverted T waves, and ST segment depression in leads II, III, and AVF. Mild elevation of troponin I was also noted.
Brain computed tomography showed evidence of diffuse subarachnoid hemorrhage (SAH) (Fig. 1b), and cerebral angiography showed an aneurysm at the bifurcation of the right internal carotid artery. The patient was transferred to the operating room for aneurysm clipping. Due to persistent hypotension despite increasing doses of vasopressors, a pulmonary artery catheter was inserted and her pulmonary artery pressure was elevated (Fig. 2 and Video #1, available as Electronic Supplementary Material). Upon opening of the dura mater, severe swelling was noted. After stabilization, the neurosurgeons successfully clipped the aneurysm and the patient was then transferred to the intensive care unit (ICU).
In ICU, because of the patient’s persistently high vasopressor requirements, a transesophageal echocardiographic exam (TEE) was performed to assess her cardiac function, which showed preserved left ventricular basal function but mid-ventricular hypokinesia with apical systolic ballooning (Fig. 3 and Video #2, available as Electronic Supplementary Material) and apical right ventricular involvement (Video #3, available as Electronic Supplementary Material). No left ventricular outflow tract (LVOT) obstruction was observed. The patient’s diastolic function was also abnormal (Fig. 4). This scenario is typical of Tako-Tsubo syndrome, a stress-related cardiomyopathy. Following supportive therapy, the patient’s cardiac function recovered completely one week after her ICU admission. She was discharged with only mild cognitive deficits.

Up to 10% of patients with SAH present with pulmonary edema.1 This was formerly known as “neurogenic pulmonary edema”, suggesting a non-cardiogenic origin and altered pulmonary vascular permeability. However, newer studies now incriminate LV systolic and/or diastolic dysfunction as the major mechanisms responsible for the development of pulmonary edema. Likely reflecting some form of acute myocardial injury, a raised cardiac troponin level is a good indicator of an at-risk patient.2

Cardiac dysfunction observed in SAH is part of a larger family of cardiomyopathies now called stress-related cardiomyopathies,3 and extensive overlap exists between its various members. In fact, this case is more typical of Tako-Tsubo syndrome than of SAH-related cardiac dysfunction. Other stress-related cardiomyopathy syndromes have been described in a range of circumstances, e.g., following the use of cocaine, in patients with pheochromocytoma, in multiple trauma patients, in organ donors, and in various situations in which a physical or psychological stressor was present.3

Tako-Tsubo syndrome is also known as transient LV apical ballooning, broken heart syndrome, and ampulla cardiomyopathy. Its clinical, electrocardiographic, and echocardiographic features mimic myocardial infarction. Peculiarly, postmenopausal women seem to be particularly at risk of developing this syndrome. Echocardiographic features include LV systolic and diastolic dysfunction. However, the territory involved extends beyond a single epicardial vascular distribution and in the absence of significant coronary artery disease. Typically, the Tako-Tsubo syndrome involves the apex and the mid-portion of the left ventricle. The basal sparing feature is easily demonstrated using two-dimensional mode strain imaging (Fig. 5 and Video #4, available as Electronic Supplementary Material) or ventriculography (Fig. 6 and Video #5, available as Electronic Supplementary Material). In 25% of cases, the right ventricle can be involved.4 Atypical forms have also been described with rare descriptions of basal LV involvement.5 Specific diagnostic criteria have been proposed by Prasad et al. 6 When in doubt, coronary angiography is indicated to rule out any obstructive coronary disease.
The hospital mortality of Tako-Tsubo syndrome is 1.5%. However, severe complications, such as free wall rupture, life-threatening arrhythmia, and wall thrombus formation have been observed. These complications likely account for a portion of the sudden deaths that occur in 12% of patients with SAH; in fact, 92% of these patients suffer from pulmonary edema.7 Complete recovery is the norm and can be expected over the subsequent days or weeks. Treatment is supportive. In cases of hemodynamic instability, a complete echocardiographic assessment is the most effective and safest way to initiate and follow therapy. In cases of severe LV systolic dysfunction, inotropes may be tried. Caution should be exercised, as the preserved basal function can predispose to LVOT obstruction (Fig. 7). A short half-life inotropic agent, such as dobutamine, is thus preferred and should be carefully up-titrated. In all cases, close echocardiographic monitoring is required. Should additional supportive measures be necessary, use of intra-aortic balloon counterpulsation has been described.

In conclusion, echocardiography is a powerful noninvasive diagnostic tool, particularly in an unconscious patient, which helps in the diagnostic, monitoring, and response to therapy of hemodynamic instabilities. Nowadays, the Tako-Tsubo syndrome is more frequently recognized in different clinical situations with the use of echocardiography. Tako-Tsubo syndrome mimics the clinical presentation of a myocardial infarct, but with a blank coronarography and distinctive images seen at the echocardiography. Due to its pathophysiology, the possible right ventricular implication and potential LVOT obstruction must be kept in mind.