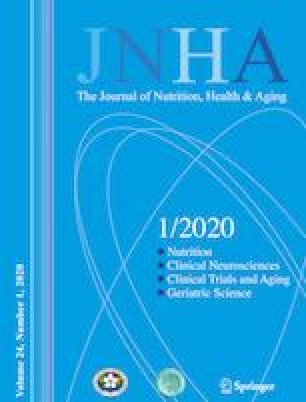 A Multicenter Study of Multimorbidity in Older Adult Inpatients in China

This study was conducted in the medical wards of a tertiary-care hospital from. The patients were recruited aged between 60 to 101 (74.14±8.46) years.

Data were obtained from the China Comprehensive Geriatric Assessment Study, conducted in 2011–2012 in China. A total of 4,633 inpatients older than 60 years was recruited from 12 hospitals in 7 cities throughout China. The prevalence of comorbidity, distribution of common chronic diseases, and the associated risk factors were studied.

Multimorbidity is common in older Chinese inpatients with a national prevalence of 69.3% that increases in line with age. Age, region, area, BMI, and daily activities were independent factors significantly associated with multimorbidity in older inpatients. Clinicians should therefore focus more attention on multimorbidity.

Multimorbidity, defined as the co-occurrence of 2 or more chronic conditions, is very common among older adults (1). With a continuing increase in life expectancy, multimorbidity has become a worldwide public health issue and is associated with increasing adverse health outcomes, such as mortality, disability, poor quality of life, hospitalizations, and concomitant use of healthcare resources and expenditure (2, 3, 4). A systematic review of 41 articles showed that the prevalence of multimorbidity from different countries lies between 20% and 30% for the entire population and 55% to 98% for individuals older than 65 years (5). Multimorbidity increases in parallel with both social deprivation and age, with almost a quarter of the United Kingdom population as a whole and two-thirds of people aged 65 years or over affected (6). In the United States, almost 3 out of 4 older adults reportedly have multiple chronic conditions (7): in 2000, 57 million Americans had multiple chronic conditions and by 2020 this number is expected to grow to 81 million (8). Approximately 65% of patients aged 75 or older living in Tokyo who used medical care had 3 or more co-occurring diseases (9), while in Canada, of the 18% of the total population considered multimorbid, 57% were older than 65 years (10).

Research on multimorbidity of older adults in China is still at the early stage. For the community-dwelling older population, a cross-sectional community health survey in southern China showed that the average number of chronic conditions was 1.68 ±1.60, and the prevalence of multimorbidity was reported to be 45.5% (11). Meanwhile, a study from northeastern China reported that almost a quarter (24.7%) of older adults was found to be multimorbid for chronic diseases (12). In another study from Nanjing, the prevalence of multimorbidity was 49.4% in community-dwelling older adults in urban areas (13). A large cross-sectional survey among 162,464 community household residents in southern China reported that more than 1 in 10 of the total study population (11.1%, 95% confidence interval [CI] 10.6 to 11.6) had 2 or more chronic conditions from a list of 40 morbidities (14). There are few studies of multimorbidity in hospitalized older adult patients in China. A survey of discharged patients in Hong Kong showed that 33.9% had 2 or more comorbid conditions (15). In China, which maintains a large population of older people with multimorbidity, most clinical guidelines nonetheless focus almost exclusively on single conditions (16), resulting in numerous hospital visits, polypharmacy, repeated investigations, and substantial treatment burden (16,17). A better understanding of the epidemiology of multimorbidity is necessary in order to develop interventions, reduce the healthcare burden, and align healthcare services more closely with patients’ needs. Multimorbidity is of particular relevance to geriatricians because the number of morbidities and proportion of the population with multimorbidity increases substantially with age (6). The US Department of Health and Human Services has emphasized the importance of identifying common patterns in the occurrence of 2 or 3 diseases to guide the development of specific interventions for drug interactions (8). In January 2019, the Guiding Principles on the care of older adults with multimorbidity were released (18). However, there is a lack of large-scale epidemiological studies of the incidence of multimorbidity among older inpatients across China. This study aimed to investigate the prevalence and risk factors of multimorbidity in this population.

For this retrospective study, inpatient data were obtained from the China Comprehensive Geriatric Assessment Study (CCGAS) from January 2011 to December 2012 (19). According to the division of north and south China by Qinling mountains/Huaihe river as boundary, 12 tertiary hospitals from 7 provinces representative of the north and south of China were chosen (north including Beijing, Harbin, and Xi’an; south including Changsha, Chongqing, Chengdu, and Shanghai). A sample was chosen randomly from hospitalized patients aged 60 years and older. In total, 4,633 inpatients were included from the geriatric departments. All patients provided written informed consent.

Older adults who suffered 2 or more chronic diseases were defined as multimorbid. Assessment of disability used an internationally accepted instrument that measured capability in ADL to assess physical function. The instrument comprises ADL (bathing, dressing, toileting, indoor walking, getting in/out of bed, and eating) and IADL (shopping, phone calls, housekeeping, laundry, money management, medication, and transportation). Thus, for the purposes of this study, those with one or more impaired ADL or IADL functions were defined as disabled (20).

The database established by Epi-Data was exported into SPSS19.0 after verification and confirmation of statistical analyses. The occurrences of multimorbidity were counted by sex, area, and age group. Chi-squared tests were used to compare the prevalence of the 15 diseases among sex and age groups. The sex-specific and area-specific detection rates were determined as the ratio of the number in the corresponding age group. Measurement data were compared by t tests, and rates were compared by chi-squared tests. Logistic analysis was carried out to explore the association of potential risk factors with multimorbidity. The results are presented as odds ratio (OR) and 95% CI.

Burden of multimorbidity by sex, region, and age

Relationship between disability and multimorbidity

Characteristics of disability and multimorbidity in older inpatients

Compared to different gender, region, and age group. p<0.05 was statistically significant within the group.

In addition, many studies have assessed the association between prevalence of multimorbidity and sex (6,21,32, 33, 34). The morbidity rate in men in our study was higher than that in women, contrary to popular belief. Our result is similar to that of the Swiss Family Medicine ICPC Research using Electronic Medical Records (FIRE) (28,33), although other research found that prevalence was significantly higher in women (21,34,35). Our result may be explained by the fact that the sample sources are mostly the cadre wards of hospitals, which mainly contain males; another possible reason may be related to the greater social pressure exerted on men, which may also contribute to the higher mortality rate among older males in China in comparison with female counterparts (36,37).

Our study showed that the multimorbidity rate of older inpatients was higher among people living in northern areas of China than in the south. Surveys conducted in northern China reported a multimorbidity rate in older adults from 82% to 86.9%, compared with 41.8% to 49.4% in southern China (13,38, 39, 40). This result could be due to differences in environmental factors and the fact that the lifestyles of older adults in southern China appear to be better than in the north, with people living in southern China having a lower BMI and sodium intake (41). In addition, lower level of education, living alone, fewer daily activities, and abnormal BMI were associated with a higher incidence of multimorbidity (42, 43, 44). Our findings were consistent with these previous results.

The prevalence of no disease, 1 condition, and 2 conditions were similar in men and women, but the prevalence of more than 2 conditions was higher in men. This result is similar to that reported by Walter’s group, and may be explained by a higher risk of developing more complex combinations of multimorbidity in men than in women, or by an improved survival in men with more complex multimorbidity (22). The results were also similar regardless of whether the inpatients came from northern or southern China.

We found the principal 5 chronic diseases to be hypertension, coronary heart disease, diabetes, cataract, and stroke, whereby hypertension was the single most prevalent disease; therefore, many scholars focus on the study of hypertension combined with other chronic diseases (21). A survey of inpatients older than 80 years from WuHan, China showed that the top 5 common diseases were hypertension (72.51%), cerebrovascular disease (52.29%), coronary heart disease (37.25%), cardiac insufficiency (36.25%), and bone and joint disease (33.96%). Another cross-sectional survey of 4,833 consenting adults aged ≥60 years conducted in 2017 showed that the overall prevalence of hypertension, diabetes, stroke, chronic obstructive pulmonary disease, and coronary heart disease was 50.6%, 10.2%, 6.4%, 5.4%, and 5.5%, respectively, while that of multimorbidity was 16.1% (48). Hypertension affects 1 billion people worldwide and is directly responsible for more than 10 million deaths per year, to the extent that it has been declared a global public health crisis by the World Health Organization (49). In previous years, researchers and medical practitioners have made a tremendous effort to study the comorbidities of hypertension (50,51); specifically, heart disease, diabetes, and obesity are the most widely studied comorbidities (52, 53, 54, 55, 56). Therefore, our results are basically consistent with the overall spectrum of chronic diseases.

Multimorbidity impairs the daily life of older people, leading to increased disability rates, frailty rates, and healthcare costs (11). Some research reports weak to moderate associations among geriatric syndromes, multimorbidity, and disability (56). We found that subjects with 2 or more chronic diseases had a higher risk of losing functional independence, as reported in previous literature (57,58). In our study, the disability rates of 18.8% and 15.5% in men and women, respectively, for concomitant comorbidity and disability were higher than results from our previous study of CCGAS (7.0%), but similar to those of a cross-sectional study conducted in community-dwelling older adults aged 60 and older in 12 Hong Kong districts (22.5%) (59). Another study reveals similar prevalence rates of frailty (10.6%), multimorbidity (46.3%), and disability (25.0%) among older adults in Iceland (56). In our study, overlapping prevalence of the two conditions was 15.5%, the higher rate being related to the size of the hospital samples. The prevalence of disability and multimorbidity in women was lower than that in men. The rate of disability in the northern region was higher than in the southern region, but the overlapping rate of multimorbidity and disability in the south was higher than that in the north. This might be attributed to the presence and severity of multimorbidity.

This study has some limitations. First, it is not representative of all older inpatients in China. The actual prevalence of multimorbidity of inpatients might be higher than in our study because there are numerous chronic diseases that we have not covered. Being a cross-sectional study, it cannot demonstrate the relationship between multimorbidity and prognosis, for which a follow-up study is needed. Second, we have only included some of the common chronic diseases; further studies analyzing a wider disease spectrum are warranted.

China is the largest developing country and also the most populated country in the world. In 2015 the number of people aged 60 years and older was 17% of the population, and this proportion is projected to reach 45% of China’s 1.4 billion residents by 2030 [55, 56]. The aging problem is particularly important in China. Multimorbidity among older people has a high incidence, leading to a decline in quality of life and increased mortality. Multimorbidity is significantly higher in men than in women, and higher in northern than in southern China. Age, abnormal BMI, area, region, and daily activity time are independent factors significantly associated with multimorbidity in older adult inpatients. Alongside the increase in multimorbidity, the health burden and cost are rising. Interventions that suit patients with a single disease may not be appropriate for patients with multimorbidity, and the international guidelines may not be appropriate for Chinese patients. We need to develop more policies to face the threat of aging and multimorbidity.

This study was approved by the ethics committee of Xuanwu Hospital, Capital Medical University (2011-27). Written informed consent was obtained from all study participants prior to study entry.

There are no ethical/legal conflicts involved in the article.

Open Access: This article is distributed under the terms of the Creative Commons Attribution 4.0 International License (http://creativecommons.org/licenses/by/4.0/), which permits use, duplication, adaptation, distribution and reproduction in any medium or format, as long as you give appropriate credit to the original author(s) and the source, provide a link to the Creative Commons license and indicate if changes were made.