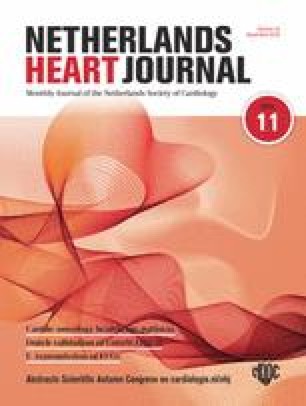 First described by Hunauld in 1735 [1] and later on associated with dysphagia by Bayford in 1794 [2], the lusorian artery or aberrant right subclavian artery is the most common congenital anomaly of the aortic arch and its thoracic branches with an incidence of 0.4–2% [3], and is considered to be a remnant of the distal portion of the embryonic right aortic arch. When the origin of the lusorian artery is distended, this is called a Kommerell diverticulum [4].

Our patient was regarded having a Stanford type B-like aortic dissection and was treated conservatively with antihypertensive medication. During admission, he stayed haemodynamically stable and free of complications and was discharged. Eight months later, a follow-up CTA showed improvement of the intramural haematoma.

The authors thank Dennis Bosboom, radiologist at the Department of Radiology at Radboud University Medical Center Nijmegen, for his appreciation of CT images.