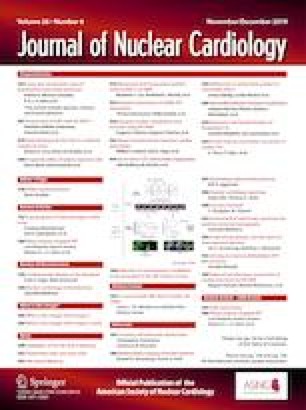 SPECT/CT quantification of lower limb perfusion: The next frontier in radionuclide perfusion imaging?

In this issue of Journal of Nuclear Cardiology, Chou et al reported the findings from their prospective, single-center study that evaluated the utility of SPECT/CT imaging of the lower extremities as an imaging biomarker for exercise tolerance and cardiovascular fitness1. 31 patients scheduled for clinically indicated exercise stress and rest Tc-99m tetrofosmin myocardial perfusion imaging were recruited and underwent post stress and rest SPECT/CT imaging of the lower extremities. The investigators manually segmented individual calf muscle of interest (tibialis anterior, soleus and gastrocnemius) of each leg on low-dose CT attenuation images and quantified the perfusion reserve of each muscle, defined as the relative percentage change in Tc-99m tetrofosmin uptake from rest to stress condition. The results showed that perfusion reserve of the muscle groups was significantly associated with exercise tolerance and cardiovascular fitness as indicated by peak metabolic equivalents (METs) and heart rate recovery (HRR). The investigators concluded that regional quantification of skeletal muscle perfusion reserve using SPECT/CT perfusion imaging can serve as a non-invasive correlate to exercise tolerance and cardiovascular fitness at no additional radiotracer injection, stress testing, or time spent in hospital.

As the investigators described, the study had a few limitations. The sample size was relatively small (n = 31) with predominantly male (81%). None of the subjects had peripheral arterial disease (PAD) and only 1 subject experienced claudication during exercise, which did not result in early termination of the stress test protocol. We also do not know whether medication (e.g., antithrombotic therapy, nitrates, lipid-lower medication) or lifestyle factor (e.g., smoking) might have influenced the lower extremities perfusion reserves. Thus, as suggested by the investigators, further studies including a wider spectrum of patients, such as patients with PAD and diabetes mellitus, will advance our understanding on the pathophysiological axis between PAD and regional alterations in lower extremities perfusion reserve.

The investigators chose peak METs and HRR as surrogate markers of exercise tolerance and cardiovascular fitness. While peak METs and HRR are reasonable choices given that they are routinely measured during exercise stress testing and are predictors of long-term mortality, peak METs is effort dependent and often overestimates cardiorespiratory fitness.2 Measuring the maximal oxygen uptake (VO2max) via cardiopulmonary exercise testing (CPET) requires specialized equipment and is more costly and time consuming but is the gold standard for measuring cardiorespiratory fitness3 and may be the preferred assessment tool to definitively establish that skeletal muscle perfusion reserve correlates with functional capacity.

Another potentially important limitation is the inherent challenges in quantitation with SPECT or SPECT/CT imaging. Unlike PET/CT, absolute quantitation with SPECT or SPECT/CT is a field of ongoing research and is not routinely performed in clinical settings. Quantitation is validated only in certain SPECT/CT machines, applied with specific reconstruction parameters (iterative reconstructions, scatter correction and attenuation correction etc.) and analyzed with vendor-specific software, which may not be available in many centers, especially in centers which primarily perform cardiac imaging.

Despite these limitations, this is an important pilot study demonstrating feasibility of SPECT/CT in imaging of perfusion in the lower extremities. An obvious clinical application of skeletal muscle perfusion imaging is in diagnosing PAD and assessing response to reperfusion therapy. PAD affects 202 million people worldwide4 and is associated with significant morbidity, mortality and quality of life impairment. Diagnosing PAD is challenging as symptoms are variable and current diagnostic tests have many limitations. The most widely used ankle-brachial index is technically difficult in diabetic patients with non-compressible vessels and has not been shown to accurately predict wound healing or acute limb ischemia. Anatomic imaging such as CT or magnetic resonance (MR) angiography measure blood flow in the lower extremities but are merely surrogate markers for tissue perfusion.5 Furthermore, there is no objective assessment tool to predict which patients will benefit most from revascularization.6 Non-invasive tissue perfusion imaging using SPECT/CT may be able to address these unmet clinical needs. Besides PAD, skeletal muscle perfusion imaging may be applied to study the complex interplay among skeletal muscle pump, sympathetic nervous system, and cardiovascular system which is increasingly recognized in physiological processes, such as maintenance of postural stability7, regulation of blood pressure during exercise8, and elite athletic performance9, just to name a few.

The current study is a significant addition to the accumulating literature on imaging muscle perfusion using a variety of PET and SPECT tracers (Table 1) because it demonstrates for the first time that calf muscle perfusion reserve is significantly associated with indicators of exercise capacity and cardiovascular fitness. As an organ which receives up to 90% of blood flow during exercise9, the skeletal muscle system and quantification of blood flow to it deserve more attention. SPECT imaging of lower extremities with myocardial perfusion agent began with thallium-201 in 1980s but poor image quality and high radiation dose had led to its declining popularity in cardiac and peripheral extremities imaging. Approved for clinical use in 1990, Tc-99m sestamibi has superior imaging and dosimetry characteristics and was evaluated in 1991 for semi-quantitative measurement of lower limb perfusion in healthy individuals and patients with suspected PAD.10 Another study in 1992 confirmed high sensitivity (91%) and specificity (94%) of Tc-99m sestamibi scintigraphy in diagnosing PAD associated with high correlation with angiographic and Doppler ultrasonographic findings.11 Dabrowski et al in 2003 found Tc-99m sestamibi scintigraphy superior to Doppler ultrasonography in demonstration of improved blood supply after lumbar sympathectomy.12 More recently, Manevska et al described normal values of lower limb muscle perfusion indices using Tc-99m sestamibi in 30 patients with no history of PAD and normal findings on Doppler ultrasonography and pedo-branchial index of the lower extremities. One of the measured indices is perfusion reserve of the entire calf muscle group, not individual muscle like the current study by Chou et al. Age has no significant impact, consistent with the current study.13 Adoption of these cut-off values in a multi-center and multi-vendor setting will require a standardized approach with respect to image acquisition, reconstruction and analysis. The same group further refined the stress-rest lower limb perfusion scintigraphic method to a one-day protocol and showed that perfusion reserve in patients with diabetes mellitus was significantly lower than those without.14 Another commonly used Tc-99m-labeled myocardial perfusion agent, Tc-99m tetrofosmin, had also been utilized for evaluation of skeletal muscle blood flow and assessment of response to therapy in PAD patients.15,16
Table 1

In addition to SPECT imaging, peripheral extremities imaging had also been performed with PET. Advantages of PET are superior image quality, inherent ability to perform quantification, and low radiation dose. Radiotracers which had been evaluated include N-13 ammonia for measuring perfusion in the upper limbs17 and O-15 water for calf muscle blood flow.18 However, its relatively high cost and limited availability potentially confine the clinical application of this nuclear technique of imaging skeletal muscle perfusion to specialized centers with on-site cyclotrons.

The potential of SPECT imaging of blood flow in the lower extremities is promising and expansive. Chou et al demonstrated that the study protocol can be replicated in a routine clinical setting with no requirement for specialized equipment and at no additional radiotracer injection or time spent for the patients, making it a low-hanging fruit for centers interested in providing it as a clinical service. Bolstered by continuing advancement in SPECT quantitation capabilities, further research using nuclear techniques may develop an imaging biomarker for PAD and teach us more about the physiology of skeleton muscle perfusion and its relationship with the cardiovascular and nervous system.

YMK and SD were responsible for manuscript preparation.

YMK declares that she has no conflict of interest. SD has received consulting fees from Pfizer, GE Health Care, and AAA; research grants from Pfizer.