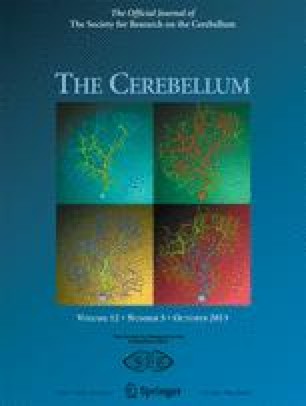 In the bedside head impulse test (HIT), the clinician identifies the catch-up saccades after head rotation as an indirect sign of vestibulo-ocular reflex (VOR) deficit [1]. Positive HIT can be observed in central vestibulopathies, in addition to peripheral vestibulopathies [2, 3, 4]. Recent reports proposed that a positive HIT in these patients with preserved caloric response is most likely due to cerebellar flocculus dysfunction, considering the findings of earlier studies related to high-frequency VOR [2, 3, 4]. Also, the dysconjugate upward eye deflection during yaw head impulse was also observed in patients with cerebellar disease [5, 6].

Here, we first documented video clips of upward trajectories during horizontal head impulses in a patient with cerebellar ataxia, i.e., perverted HIT, which could be another feature of positive HIT in central vestibulopathies.

Cerebellar Ataxia Head Impulse International Cooperative Ataxia Rate Scale Cerebellar Disease Head Impulse Test
These keywords were added by machine and not by the authors. This process is experimental and the keywords may be updated as the learning algorithm improves.

All authors report no disclosures.