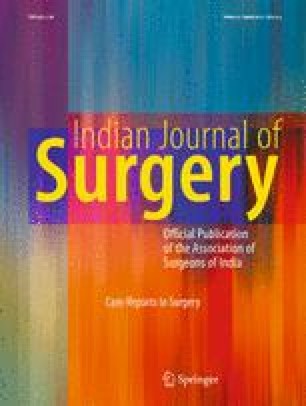 Video Endoscopy: Removal of Retained Sewing Needles from the Duodenum

We report an interesting case of a 21-year-old unmarried girl who swallowed six sewing needles. Her complaints were pain in the epigastrium, associated with nausea and vomiting. On examination, there was mild tenderness in the epigastrium. X-ray of the abdomen and endoscopy confirmed the presence of six needles in the duodenum, with tips lodged in the duodenal wall. Psychiatric opinion was sought which was normal. Under video endoscope (Pentax 2.8, EG 27708) guidance with Captura biopsy forceps without spikes (Cook DBF-2.4-160-S), six sewing needles were removed successfully from the duodenum through the endoscope channel without any complications. However, a video endoscopic removal of the retained six needles from duodenum is probably being reported for the first time.

Presentation detail: This original article is not presented or sent in any other journal for publication other than Indian journal of surgery.

© Association of Surgeons of India 2012