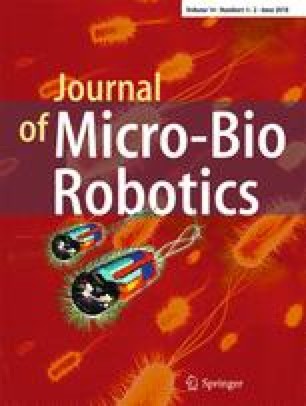 The ability to direct microrobots in the low Reynolds number regime has broad applications in engineering, biology and medicine. In contrast to externally driven robots, catalytically driven microrobots utilize chemical reactions to hyphenate all instances in solution. Controlling multiple self propelled microrobots in the same workspace has been an ongoing challenge for the field. In this paper we present a novel method for open loop control of multiple microrobots in the same workspace by combining their catalytic actuation with magnetic actuation. By using a catalytic cap to regulate the directions of motion and leveraging the inherent variations in model parameters in a collection of paramagnetic microrobots, we show how collective motion patterns can be achieved. We validate our proposed strategy in simulations using a simple kinematic model of each robot, and in experiments. Our results suggest that simultaneous steering of multiple microrobots to arbitrary locations might be controllable using sophisticated control techniques such as ensemble control.

We have addressed the particle propulsion mechanism by reviewing the relevant literature, which indicates that self diffusiophoresis and electrophoresis are both contributing to the particle migration.

The Janus Pt-Ps particles used in this study have been extensively studied as a model system for catalytically propelled active particles. In hydrogen peroxide solution the platinum cap catalyzes the decomposition of hydrogen peroxide into water and oxygen while the polystyrene cap remains inert. There are four propulsion mechanisms that have been explored in the literature for this system. These include bubble propulsion, self-diffusiophoresis, iontophoresis, and electrophoresis.

Bubble propulsion has been discounted as a possible mechanism due to the lack of microscopic bubbles in solution, as confirmed through microscopy. However, for larger Janus particles (> 20 \(\mu \)m) and microtubules, bubble propulsion has indeed been reported [47, 48]

Examinations of self-diffusiophoresis as a mechanism show that it alone cannot explain the particle motion in catalytically driven systems. Self-diffusiophoresis relies on an asymmetrical solute gradient in the vicinity of the particle that is established by the generation of water and oxygen on the particle’s platinum side. Self-diffusiophoresis is likely present, but cannot account for all observed behaviors for catalytically driven Janus particles. For example, catalytic Janus swimmers that move owing to reactions with small platinum domains or small hematite domains have been observed to move toward the catalytic face, [19, 49] while the Pt-Ps system (as studied in this manuscript) always moves toward the inert [50] face. Furthermore, the system responds to added salts in a manner inconsistent with a purely self-diffusiophoretic mechanism. The system has been studied in the presence of neutral salts, i.e. that do not alter pH, for concentrations ranging from 10− 5 mM to 1 mM, [19, 35]. These salts reduce the swimming speed of Janus swimmers, as would be expected for smaller Debye lengths and compression of the diffusiophoretic cloud behind the reactive cap. However, the reduction in speed is roughly 5 times more than that can be explained by changes in the Debye length; this reduction cannot be explained by restructuring of the ion cloud in the vicinity of the surface as well, as particles in bulk and near the surface alike have similar dynamics.

Self-iontophoresis alone cannot account for this migration, either. When base is added to the system, the OH- can remove the free protons [35], altering the ion cloud. However, upon the addition of base, the speed does not decrease strongly.

Surface charge on the Janus particle faces plays a strong role in the migration behavior, suggesting that electrophoresis is the dominant mechanism. Anionic surfactant (CTAB) [35] adsorbs on the Ps face. As concentration increases, it can neutralize that face, eventually reversing its charge. Upon addition of CTAB, the speed of the particle decreases. Beyond the threshold concentration for charge reversal, the motion reverses, and particles move toward their reactive caps. This suggests that electrophoresis plays a major role in the mechanism of self-propulsion.