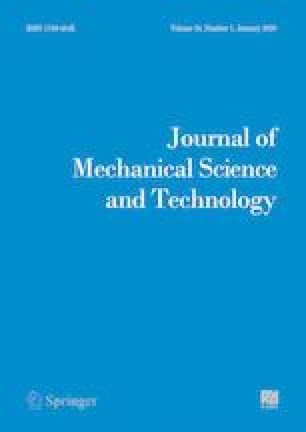 At present, with the gradual promotion of Maglev vehicles, the stability of the suspension system has gradually become a hotspot. During the operation of Maglev vehicles, vibration may be caused by external disturbances such as track irregularity, non-directional wind load and load variation. When the vibration amplitude is within the controllable range of the current parameters, the restraint effect can be achieved and the stable convergence can be formed. However, when the vibration amplitude exceeds the current controllable range, the maglev vehicle may break the track or even lose stability. In order to solve the possible adverse effects of external disturbances on the stability of the system, a T-S fuzzy model considering both parameter uncertainties and external disturbances is constructed, and a relatively mature fuzzy adaptive control method is used for suspension control. However, considering the tracking performance of the system control parameters and the response speed of the parameter changes when the external disturbance changes, the particle swarm optimization (PSO) algorithm is used to optimize the system. The effectiveness of the optimized fuzzy adaptive control law in coordinating the closed-loop stability of the suspension system is proved in terms of response speed and convergence performance. Based on linear matrix inequality (LMI), the control response region satisfying the control performance after optimization is defined, and Lyapunov method is adopted to prove the stability of the optimized algorithm in controlling vehicle fluctuation operation. The simulation and experimental results show that the fuzzy adaptive control algorithm optimized by particle swarm optimization can further improve the speed of parameter optimization and the tracking performance of the system in the face of external disturbances and internal system parameter perturbations within a given range of control parameters. Compared with previous control strategies, the controller can greatly improve the response speed and the closed-loop information updating ability of the system in the face of disturbances, so that the system has stronger robustness and faster dynamic response.

Junqi Xu received the B.S. degree in industrial automation from LanZhou Jiaotong University, LanZhou, China, in 2000 and received M.S. degree in power electronics and power transmission from Southwest Jiaotong University, China, in 2003. He is currently working toward the Ph.D. degree in Southwest Jiaotong University, Chengdu, China. From 2003 to 2012, he was an Electrical and Control Engineer at Shanghai Maglev Transportation Engineering R&D Center. He is currently working in National Maglev Transportation Engineering R&D Center in Tongji University, Shanghai, China. His research interests include levitation control technology of maglev train and coupling vibration between maglev train and track.

Guobin Lin received the B.S. degree in electric machine from Zhejiang University, Hangzhou, China, in 1986, and M.S. degree in electrical engineering from Southwest Jiaotong University, Sichuna, China, in 1989. He is currently a Professor, Deputy Director of Tongji University (National) Maglev Transportation Engineering Technology Research Center. His research interests include maglev vehicle and linear drive research. He is a member of Steering Committee of International Maglev System and Linear Drive Conference since 2014.

This research is supported by the National Key Technology R&D Program of the 13th Five-year Plan, Research on Key Technologies of Medium Speed Maglev Transportation System (2016YB1200601) and The Fundamental Research Funds for the Central Universities.