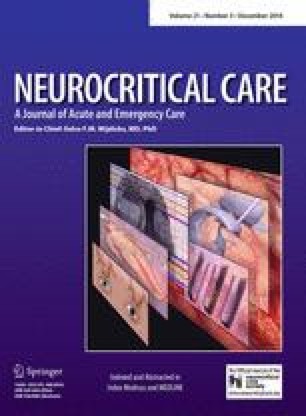 Despite straightforward guidelines on brain death determination by the American Academy of Neurology (AAN), substantial practice variability exists internationally, between states, and among institutions. We created a simulation-based training course on proper determination based on the AAN practice parameters to address and assess knowledge and practice gaps at our institution.

Our intervention consisted of a didactic course and a simulation exercise, and was bookended by before and after multiple-choice tests. The 40-min didactic course, including a video demonstration, covered all aspects of the brain death examination. Simulation sessions utilized a SimMan 3G manikin and involved a complete examination, including an apnea test. Possible confounders and signs incompatible with brain death were embedded throughout. Facilitators evaluated performance with a 26-point checklist based on the most recent AAN guidelines. A senior neurologist conducted all aspects of the course, including the didactic session, simulation, and debriefing session.

Ninety physicians from multiple specialties have participated in the didactic session, 38 of whom have completed the simulation. Pre-test scores were poor (41.4 %), with attendings scoring higher than residents (46.6 vs. 40.4 %, p = 0.07), and neurologists and neurosurgeons significantly outperforming other specialists (53.9 vs. 38.9 %, p = 0.003). Post-test scores (73.3 %) were notably higher than pre-test scores (45.4 %). Participant feedback has been uniformly positive.

Baseline knowledge of brain death determination among providers was low but improved greatly after the course. Our intervention represents an effective model that can be replicated at other institutions to train clinicians in the determination of brain death according to evidence-based guidelines.

All Simulation expertise and resources including, but not limited to, simulation enhanced curricular construction, scenario design, simulator adaptation and technical support, were provided by the SYN:APSE Center for Learning, Transformation and Innovation at Yale-New Haven Health System.

Benjamin MacDougall, Jennifer Robinson, Liana Kappus, Stephanie Sudikoff, and David Greer declare that they have no conflicts of interest.