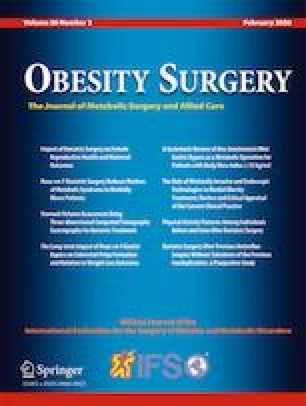 Bariatric surgery for severe obesity can lead to micronutrient/vitamin deficiencies.

Obesity is a major public health concern of our times. Whilst lifestyle, dietary and behavioural changes and weight loss pharmacotherapy remain key interventions, bariatric surgery is the most effective treatment for severe obesity. It has been demonstrated that it leads to clinically significant weight loss and is cost-effective [1, 2, 3, 4]. Post-bariatric surgery, patients typically achieve substantial weight loss and significant improvement or resolution of weight-related comorbidities including type 2 diabetes mellitus (T2DM), hypertension and hyperlipidaemia. A recent meta-analysis of observational data reported that patients who underwent bariatric surgery had 50% lower mortality than controls over follow-up of 2 to 15 years [5]. Thus, bariatric surgery is widely recommended as a treatment for severe obesity [6].

Bariatric procedures are associated with various micronutrient deficiencies including vitamin D deficiency [7, 8, 9, 10, 11]. Vitamin D is important for calcium homeostasis and bone metabolism. There are concerns that bone health may be adversely affected by bariatric surgery, and that vitamin D deficiency may play a part [12, 13, 14, 15, 16, 17, 18]. One meta-analysis of 51 studies found mean vitamin D levels ≤ 20 ng/mL (50 nmol/L) in a third of studies [10]; mean vitamin D levels remained ≤ 30 ng/mL (75 nmol/L) following bariatric surgery despite various vitamin D replacement regimens, with few exceptions. Another meta-analysis of 12 studies found that a daily vitamin D supplement of > 800 IU (but not < 800 IU) significantly reduced the prevalence of post-operative vitamin D depletion at 1 year [19]. Our centre recommends that patients take ≥ 800 IU vitamin D along with 1000–1200 mg calcium daily consistent with the British Obesity & Metabolic Surgery Society guideline [8]. Patients are encouraged to attend follow-up appointments for life-long monitoring, and supplement doses are adjusted according to requirements.

Vitamin D levels in the general population fluctuate through the year depending on levels of exposure to ultraviolet B radiation from sunlight, the major source of vitamin D synthesis for most people, and are frequently diminished in northern latitudes [20]. There is little known of prevalence of vitamin D insufficiency/deficiency in bariatric surgical candidates in North West England (54° N) and whether the usually recommended vitamin D supplementation is adequate following bariatric surgery. We report a longitudinal cohort analysis of vitamin D and associated outcomes of bariatric surgery over 4 years of follow-up.

We performed an observational cohort analysis of prospectively recorded longitudinal data on vitamin D and related parameters in patients who underwent bariatric surgery.

We performed descriptive statistics of demographic characteristics with parametric tests (or non-parametric tests for non-normative data), with measures of dispersion as appropriate. Comparative analyses were performed with independent or paired samples t tests as appropriate. The Fisher exact test was used to analyse contingency tables of categorical variables. Linear associations were analysed with the Pearson correlation formula. A two-sided P < 0.05 was considered statistically significant. To cope with missing values because of the retrospective, observational nature of the study, frequencies were reported as valid percentages and significant results were confirmed by reanalysing data after multiple imputation by fully conditional specification method [25]. Results were reported based on original, unimputed data. Data were analysed using IBM SPSS Statistics 23.0 (IBM Corp, Armonk, NY) and GraphPad Prism 7.0 (GraphPad Software, La Jolla, CA).

Preoperatively, mean (SD) vitamin D level was 33.1 (23.9) nmol/L (Fig. 1b ); post-operatively, the vitamin D level increased to 57.4 (27.4) nmol/L at 4 months (P < 0.001) and was maintained at subsequent timepoints. There was no significant difference in vitamin D levels between gastric bypass and sleeve gastrectomy throughout the period of study. There was no significant change in mean parathyroid hormone levels overall or by type of surgery throughout (Fig. 1 c). Mean adjusted calcium levels reduced significantly by 12 months post-surgery and beyond compared to baseline (Fig. 1d ).

Vitamin D deficiency has a significant background prevalence in the UK, with 17% of adults aged 19–64 having levels lower than 25 nmol/L [30, 31]. Rates of deficiency increase to 30–40% during winter months as most vitamin D is obtained through the action of sunlight on the skin. This is influenced by many factors including, but not limited to, season, use of sunscreen, cloud cover, time spent outside during the optimal latitude of the sun and amount of skin exposure [20]. The reference nutrient intake (RNI) for vitamin D is 10 microgram (400 IU) per day [31]. Dietary sources of vitamin D include oily fish, eggs, meat, fortified cereals and fat spreads, and nutritional supplements. Eating a diet rich in vitamin D will help to prevent deficiency, but data from the national diet and nutrition survey show that adults from the UK aged 19–64 have an average daily intake of 42% of the RNI from diet and supplements [30]. Therefore, the advice for the general population is to routinely take a supplement to ensure healthy vitamin D status, especially during the autumn and winter months [32].

There have been concerns that bariatric surgery may induce or exacerbate vitamin D deficiency. Key reasons for this which have been proposed include reduced oral intake and malabsorptive effects of the procedures. For these reasons, routine supplementation is recommended after bariatric surgery, though there is no consensus on dose or regimen, with doses used in studies ranging from 200 to 28,500 IU daily [10]. In the US, consensus guidelines recommend at least 3000 IU daily [41]. The British Obesity & Metabolic Surgery Society recognises that usual practice following gastric bypass or sleeve gastrectomy is oral supplementation with 20 micrograms (800 IU) vitamin D (commonly as a combined calcium and vitamin D tablet) per day, with higher doses if still deficient [8]. Most studies have reported difficulty in optimisation of vitamin D levels after bariatric surgery, despite varying doses of supplementation. Reasons for this may include malabsorption of supplements, inadequate supplement dose and lack of concordance. Residual excess adiposity may also play a role. Some studies have suggested that vitamin D optimisation is possible in many patients after bariatric surgery. In particular, a rapid rise in vitamin D has been demonstrated in the period immediately after surgery [10, 19]. This may be due to a high level of compliance with supplementation soon after surgery. It has also been suggested that the rapid weight loss following surgery may liberate vitamin D sequestered in visceral fat, augmenting vitamin D levels initially [42].

Previous studies of vitamin D status after bariatric surgery have illustrated marked variation in numerous factors, most notably vitamin D dose and regimen, definition of vitamin D deficiency and length of follow-up. However, some authors have performed systematic reviews and meta-analyses, and have reported a variety of findings [10, 15, 19, 26, 27, 28, 43, 44]. Most studies have only followed patients for 1 or 2 years post-operatively, limiting their long-term significance. Some have found post-operative supplementation to be ineffective almost universally whilst others have found some regimens to be successful in preventing post-operative vitamin D deficiency in some patients [10, 19, 27, 28, 43, 44]. Many have reported that requirements for vitamin D supplementation vary significantly between patients. It is our policy to screen all bariatric surgical candidates prior to their operation and treat deficiencies. Our centre recommends post-operative maintenance supplementation with 1000–1200 mg of elemental calcium combined with vitamin D > 800 IU daily. We have found that this regimen with subsequent monitoring and dose modification can prevent vitamin D deficiency post-operatively in most patients. We found no significant difference in vitamin D deficiency rates between gastric bypass and sleeve gastrectomy. Secondary hyperparathyroidism was seen in up to two-thirds of patients with vitamin D deficiency. Intriguingly, about one-fifths of patients with vitamin D sufficiency also had raised PTH levels. Despite calcium supplementation and maintenance of normocalcaemia, notably there was a statistically significant fall in mean calcium levels following bariatric surgery by 12 months and beyond. It has been suggested that calcium deficiency seems to play the driving force for secondary hyperparathyroidism in patients with vitamin D sufficiency [14]; serum calcium levels may be maintained within the normal range by bone resorption in these patients. Clinically significant reduction in bone mineral density (BMD) has been reported in three-fifths of patients at 6 months and in seven-tenths at 12 months after bariatric surgery, alongside a significant association with greater weight loss [18]. Individuals with T2DM treated by gastric bypass, compared to individuals with T2DM of similar age and body composition not treated by gastric bypass, have been reported to have lower BMD, lower bone strength, and increased levels of several bone turnover markers [45]. Another recent study has also reported that levels of bone turnover markers increased significantly after gastric bypass surgery [46]. Systematic vitamin D and calcium supplementation seems advisable although its beneficial effect on BMD in the post-surgical population remains to be seen.

Despite careful manual collection of data from a prospective electronic database, our study was restricted by the retrospective nature of the cohort analysis. Whilst we did not record racial demographics, we should remark that our catchment population is comprised of mostly White British ethnicity. In common with many longitudinal observational studies, data attrition due to patients being lost to follow-up was a major limitation of this study. Despite a large initial sample size, data for key measurements (such as vitamin D) was unavailable for 30% of completers at 1 year and 60% of completers at 4 years. Whilst multiple imputation by fully conditional specification is deemed a powerful and statistically valid method for handling missing data [25], and significant results were confirmed by this method in our study, we have reported results based on original unimputed data in recognition of the inherent bias of data attrition from “missing not at random”. We were unable to collect data on personalised dose adjustments of supplements and patients’ adherence to treatment, or seasonal variations in vitamin D levels. Although vitamin D, calcium and PTH are useful indicators, we were unable to include markers of bone turnover, bone densitometry or fracture data and so cannot report directly the skeletal effects of bariatric surgery in our cohort. Despite these limitations, our observational study provides useful insights into vitamin D status in bariatric surgical patients in northern latitudes.

For this type of study, formal consent was not required.