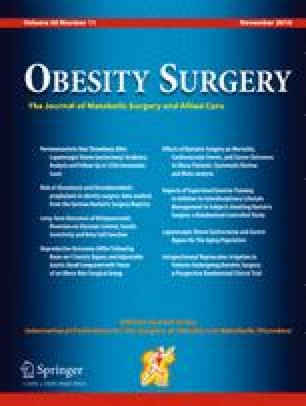 In the adult obese population, there is a large percentage of women of childbearing age. It means a higher rate of pathological pregnancies due to an increased risk of developing gestational diabetes mellitus (GDM), gestational hypertensive disorders, preeclampsia, and fetal macrosomia.

Narayanan RP et al. concluded that nutrient deficiencies may vary depending on the type of surgery; it is important to optimize the nutritional status of women prior to and during pregnancy. Dietary management should include adequate protein and calorie intake and supplementation of vitamins and micronutrients [1].

In the same time, we do not agree with Narayanan RP et al., and we agree that the pregnant women with history of bariatric surgery were significantly more anemic than those with no history of surgery and with the three types of surgery that is to say biliopancreatic diversion (BPD), Roux-en-Y gastric bypass (RYGB), and sleeve gastrectomy (SG).

In the study of N. Mead et al., hemoglobin and hematocrit levels decreased significantly during pregnancy in all three groups corresponding to the different types of surgery, but none received intravenous iron administration [2]. Vitamin B12 levels decreased after all types of surgery but no significant further decrease during pregnancy, contrary to folic acid levels which increased both after surgery and during pregnancy (probably due to supplementation guidelines). Hypoproteinemia was seen only after BPD. There was a significant improvement in the metabolic profile of all women who underwent surgery regarding blood glucose levels.

There are good pregnancy outcomes after all types of bariatric surgery provided nutritional supplement guidelines are followed. However, closer monitoring is required after malabsorptive procedures especially regarding protein nutrition, as hypoproteinemia may have an effect on the incidence of LBW and SGA.

Vitamin B12 levels should be monitored closely after all types of bariatric surgery, especially during pregnancy. Investigation on deficiencies of other nutrients, including vitamin D, and possible associations with neonatal outcomes would also be of great interest.

Moreover, bariatric surgery seems to be an effective long-term solution for morbidly obese patients and can improve problems of infertility.

Ethics Approval and Consent to Participate