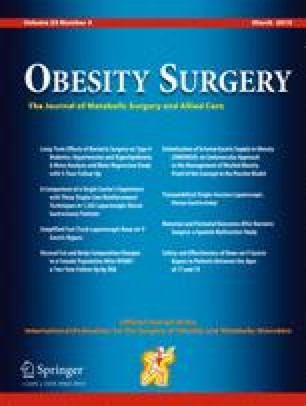 In this video, a gastric band removal is presented in an obese 43-year-old patient. The patient had undergone placement of the gastric band approximately 2 years before. The patient during this period had problems with epigastric pain and weight regain. The band eroded and migrated inside the stomach of the patient. Two endoscopic attempts at band cutting and retrieval were unsuccessful.

There were no intraoperative or postoperative complications. The patient began a soft diet and was discharged on the fifth postoperative day. Follow-up visits of the patient remarked complete resolution of her symptoms. Removal of a gastric band after gastric erosion by laparoscopic transgastric placement of trocars is feasible, safe and effective when standard endoscopic techniques fail.

The authors have nothing to declare.

Informed consent was obtained from the individual participant included in the video presentation.