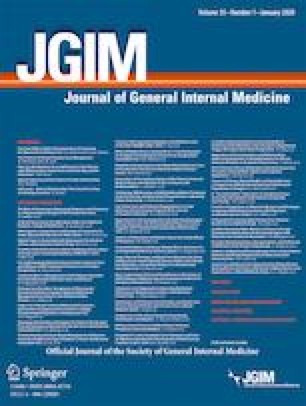 From the Editors’ Desk: The Importance of Screening for Depression in Primary Care

From the Editors' Desk

This low rate of screening is disappointing. Depression has a significant impact on the quality of lives for patients and their families and the primary portal for the diagnosis and management of depression is primary care.5 There are a number of potential obstacles to screening for depression, including provider discomfort and lack of systematic management approaches, but an important one is how patients with depression present in primary care. Depressed patients don’t tell their providers, “For the last two weeks, on more than half the days I’ve been feeling down depressed and hopeless and had a lack of interest in doing things.” If they did, depression would be rarely missed. Instead they present with physical symptoms as a manifestation of depression. In one study of depressed patients presenting to an urgent care clinic, only 1% reported having depressive symptoms.6 Unfortunately, in that study, no specific symptom was characteristic of having underlying depression. Among patients presenting with physical symptoms, a delay in diagnosing depression as the underlying cause is understandable. For any symptom, the differential is broad and the obligation of providers is to rule out other medical problems first. For example, patients with hypothyroidism will often report feeling depressed; their depressive symptoms will likely respond better to thyroid replacement than to antidepressants. Patients presenting with somatic symptoms merit a careful history, physical examination and focused testing. However, if these don’t result in an alternative diagnosis, depression should be high on the list of remaining possibilities. During the initial visit, there are clinical cues that can suggest to their providers that the patient likely has depression. Patients presenting with somatization as a manifestation of depression will usually report a greater number of physical symptoms, that those symptoms are severe and result in significant functional status impairment and that they are under stress. There is a stepwise increase in the likelihood of having depression with the number of these clues that are present. Patients with all 4 have over a 60% likelihood of having depression as the underlying cause of their symptoms.6, 7 These clues emerge as a natural part of clinical visits. In our practice, when patients present with many of these 4 symptoms, we rule out other potential causes (medications, other medical conditions), but include depression high on our differential and return to this diagnosis if our symptom-focused evaluation is unrevealing.

Even better than relying on clinical clues and diagnostic suspicion would be for practices to initiate universal screening of all patients on an annual basis. An excellent candidate for such screening is the PHQ2, a two-question screen that has been shown reliable and valid 8, 9 and has been adopted by the VA.10 In the VA, implementation of universal screening more than doubled the rate of depression diagnoses compared to usual care.11 In the VA, positive screens on the PHQ-2 result in full screening with the PHQ-9. The full instrument has been shown to take less than 5 minutes and can be completed by the patient using either paper-pen surveys or electronically.12 The PHQ-9 is also useful as it provides an objective measure of the severity of depressive symptoms that can be used to assess response of treatment to therapy.

Despite knowing that depression is common and harmful to our patients, we are still failing to diagnose depression in primary care. Our current methods of detection rely too heavily on clinical judgment from individual providers. The literature demonstrates that universal screening works. Therefore, primary care practices should re-evaluate how depression is detected, and consider a robust screening approach, such as the PHQ2. By increasing the number of patients screened, we hope to provide better care for the millions of patients living with depression.