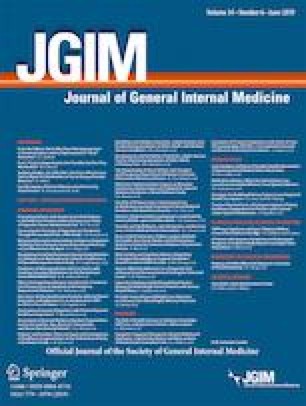 While over 90% of sinusitis is viral,3 antibiotics are sometimes indicated, whereas they are always inappropriate for viral upper respiratory infections, rhinitis or bronchitis. In order to avoid scrutiny when prescribing inappropriate antibiotics, physicians may diagnose a cold as sinusitis. Such coding bias has been hypothesized,4 but has not been specifically evaluated. Our objective was to assess differences in RTI coding for particular diagnoses by physician antibiotic prescribing rates.

This study uses data from a large nationwide direct to consumer telemedicine platform5 and includes encounters with patients aged ≥ 18 years completed between January 2013 and August 2016. Physicians recorded RTI diagnoses using ICD-9 and ICD-10 codes. Diagnoses were categorized as sinusitis, pharyngitis, bronchitis, and other RTI (including RTI not otherwise specified, influenza and rhinitis). Antibiotic receipt was determined by National Drug Codes recorded by the telemedicine physicians. This study was approved by Cleveland Clinic’s Institutional Review Board.

The sample included 13,025 RTI encounters with 105 physicians. Mean patient age was 39 years (interquartile range 31–47), 60% were female, and 73% provided insurance information. Nearly half (49%) of encounters were coded as sinusitis, 13% as pharyngitis, 12% as bronchitis, and 25% as other RTI. The overall mean adjusted antibiotic prescribing rate was 40% for the lowest prescribing quartile (quartile 1) and 87% for the highest prescribing quartile (quartile 4).

High prescribing physicians in our sample were the most likely to code RTIs as sinusitis while low prescribing physicians were the least likely to code sinusitis, suggesting evidence of coding bias. The extent to which this coding bias is a conscious behavior is unknown. Physicians who prescribe antibiotics at a high rate may simply be more inclined to diagnose patients with antibiotic-indicated conditions. However, we also found these physicians prescribed antibiotics at a higher rate for all RTI types.

That higher prescribers are also more likely to diagnose sinusitis was recently documented in an outpatient setting.6 While the distinction between appropriate versus inappropriate prescribing is important, studies examining variation in antibiotic use for RTIs should include all diagnoses. Excluding sinusitis (and pharyngitis) because antibiotics are sometimes warranted may inadvertently exclude most inappropriate prescribing.

Our study had some limitations. These include being conducted in the telemedicine setting, which may differ from traditional outpatient care, and our inability to account for antibiotic stewardship efforts, which may have taken place during the study period.

Physicians who prescribe a lot of antibiotics also diagnose sinusitis at a disproportionately high rate. Excluding sinusitis from studies of antibiotic overuse will therefore overlook a large share of inappropriate prescribing. Benchmarking physicians on their RTI coding in addition to antibiotic prescribing may help to mitigate coding bias.

This study was approved by Cleveland Clinic’s Institutional Review Board.

The authors declare that they do not have a conflict of interest.