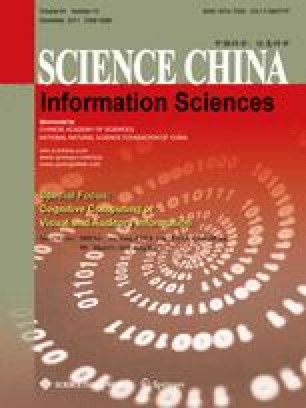 In this paper, an enhanced algorithm based on several elaborate harmonic grouping strategies for monaural voiced speech segregation is proposed. Main achievements of the proposed algorithm lie in three aspects. Firstly, the algorithm classifies the time-frequency (T-F) units into resolved and unresolved ones by carrier-to-envelope energy ratio, which leads to more accurate classification results than by cross-channel correlation. Secondly, resolved T-F units are grouped together according to minimum amplitude principle, which has been verified to exist in human perception, as well as the harmonic principle. Finally, “enhanced” envelope autocorrelation function is employed to detect amplitude modulation rates, which helps a lot in reducing half-frequency error in grouping of unresolved units. Systematic evaluation and comparison show that performance of separation is greatly improved by the proposed algorithm. Specifically, signal-to-noise ratio (SNR) is improved by 0.96 dB compared with that of previous method. Besides, our algorithm is also effective in improving the PESQ score and subjective perception score.

LIU WenJiu was born in 1960. He received the B.S., M.S. degrees in mathematics from Peking University and Beijing University of Posts and Telecommunications, and Ph.D. degree in computer applications from Tsinghua University, Beijing, China, in 1983, 1989 and 1993, respectively. Currently, he is a research professor at the National Key Laboratory of Pattern Recognition, Institute of Automation, Chinese Academy of Sciences, Beijing, China. His research interests include speech recognition, speech synthesis, speaker recognition, key words spotting, computational auditory scene analysis, speech enhancement, noise reduction, etc. Dr. Liu Wenju is a member of Neural Network Committee of China and the Signal Processing Society of the IEEE. He is an editorial board member of journal of Computer Science Application as well as a reviewer of numerous academic journals such as IEEE Transaction on Audio, Speech, and Language Processing, Cognitive Computation, etc.

JIANG Wei was born in 1982. He reveived the B.S. degree from Yanshan University in Qinhuangdao, China in 2005 and the M.S. degree from Harbin Institute of Technology in Harbin, China in 2008. He is currently working toward the Ph.D. degree at the Institute of Automation, Chinese Academy of Sciences, Beijing, China. His research interests include speech segregation, computational auditory scene analysis and acoustic properties of speech.

ZHANG XueLiang was born in 1981. He received the B.S. degree from Inner Mongolia University in Hohhot, China in 2003 and the M.S. degree from Harbin Institute of Technology in Harbin, China in 2005 and the Ph.D. degree in Pattern Recognition and Intelligent System from Institute of Automation, Chinese Academy of Sciences, Beijing, China in 2010. Currently, he is a lecturer at the Computer Sciences Department, Inner Mongolia University. His research interests include speech separation, computational auditory scene analysis and speech signal processing. Dr. Zhang Xueliang is a member of International Speech Communication Association.