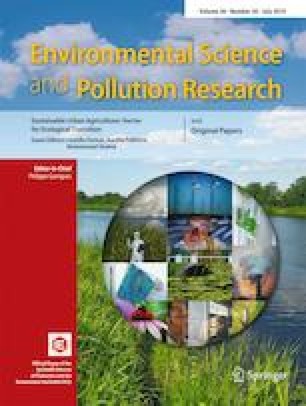 Environment-health link in a context of urban agricultures: studies of oral exposure to pollutants in order promote the human health

This ESPR special issue includes a selection of papers presented at the international congress “Sustainable Urban Agriculture: Vector for the Ecological Transition” (UA&ET), which is focused in a special session on the link between environment and human health, and which was held on June 2017 in Toulouse, France.

According to the Food and Agriculture Organization (FAO), 60% of humanity lives actually in urban areas and forecasts for 2050 are 80% (with +3 billion people on earth). The anticipated increase in the world’s population and rapid, unchecked and unplanned urbanization will exert tremendous pressure on food demand and quality. The development of urban agriculture (UA) is one of the keys to food survival of humanity. Many UA projects are therefore developing in the world: various urban farms (different sizes, organization, technologies…), aquaponics productions, collective gardens possibly rooftop, fruit trees in collective housing, etc. Multidisciplinary innovations optimize the efficiency of urban metabolism, promote sustainable food in connection with the circular economy, the quality of food production and ecosystems and participate in the well-being (social, health for all, edible landscapes, etc.).

Actually, pollutions are often observed in urban areas: near roads, agricultural, and industrial activities that took place over the centuries. Many chemicals can circulate or accumulate in urban soils and cultures. Moreover, because of the complexity of bio-physicochemical mechanisms involved in the transfer of substances in terrestrial ecosystems, scientists can rarely answer the questions about pollution asked by the citizens. This implies the need for environmental-friendly practices and environmentally sustainable approaches regarding UA and the development of citizen sciences. Promoting the development of sustainable techniques to monitor, assess and manage the pollutions and their impacts are therefore major scientific and social challenges to produce healthy food in densely populated urban areas. Operational collaboration between researchers, citizens, and managers is therefore crucial for integrated sustainable solutions regarding the health and environment. Indeed, environmental regulations if it evolves, remains incomplete: for example, there are no French regulatory threshold values for total concentrations of pollutants in soils; in Europe, lead, cadmium, and mercury (EC No 466/2001) are the only regulated metals in marketed foods; or a threshold of 0.1% (weight) is fixed for the chemical substances analyzed in the commercial articles.

Nowadays, health risk assessment is highly topical, especially in marketable foods produced by UA. Health risk assessment indices trace the possible route and level of exposure to pollutants to avoid health hazards and to make timely decisions/policies/management. Reliable assessment of human health risks from exposure to pollutants in soils depends on their bioavailability and chemical speciation. Because in vivo animal assays to estimate pollutant bioavailability are unethical and costly, in vitro assays have been developed to measure oral bioaccessibility of pollutants and then assess human bioavailability. Information on pollutant human bioaccessibility, in contrast to total contaminant concentrations: (i) offers an effective decision-support tool and an opportunity to better refine contaminant exposure assessments and aid decision-making, and (ii) can, therefore, promote a more proportionate and cost-effective assessment of contaminated land.

In that context, the ESPR special issue focused on environment-health for urban agriculture projects examines more particularly, human oral exposure to pollutants and the following skills: strategies to reconciling urban production quality and environmental pollutions; how to communicate effectively with different stakeholders on risk management? Assessment and management of nutrients/pollutants flows and levels in the environment and human exposure.

The brief introduction of articles accepted for SI: UA&ET2017 is given as follows: