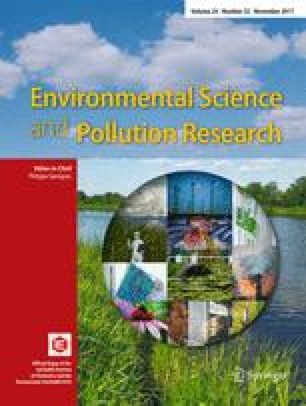 Due to their bioaccumulation and biomagnification pathways, inorganic elements can accumulate in high-level aquatic organisms in the food web. Then, this species can be used to monitor the quality of the environment. Blood concentration of nine inorganic elements, including possible toxic metals (An, Cu, Mn, Se, As, Ni, Cd, Pb, and Hg), in 20 males and 20 females from eight different locations with high industry and agriculture activities in Iran were evaluated in this work. Additionally, size, sex, condition index, and locations were also included and analyzed. Among the essential elements, Zn and Se presented very high concentrations (56.14 ± 2.66 and 8.44 ± 0.77 μg/g ww, respectively) in all locations. Regarding possible toxic elements, Pb and Cd presented concerning concentrations as well (0.52 and 0.58 μg/g ww); this is especially true for Pb, an element found in very high concentrations in tissues of turtles from the same area in a previous study. The sex and the size of the individuals also had significant differences in concentration of Pb, Cd, As, and Hg.

Ecology and physiology interplay to explain the dynamic of inorganic elements, including possible toxic metals, in the freshwater turtle Mauremys caspica from Iran.

• Concentration of nine elements was determined in 40 individuals from eight populations of the Caspian pond turtle.

• Concentration of the nine elements have been tested against location, sex, length, and condition index using the PERMANOVA, Mantel test, and generalized linear model.

• Significant differences between sex and size were found for Pb, Cd, Hg, and As.

• Pb, Zn, and Se had very high concentration compared with other populations and species.

This study was supported by the Iranian Fisheries Science Research Institute. The authors acknowledge the anonymous reviewers who have contributed their time and expertise to improve this manuscript.