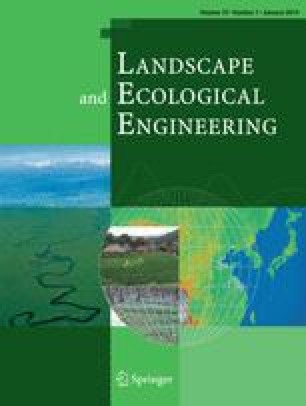 The Yangtze River, the longest river in Asia, has her source in the Tibetan Plateau area of Qinghai. From there the great river flows through Yunnan and Sichuan Provinces, collecting the waters of numerous tributaries along the way to the East China Sea. The river is 6380 km long and drains an enormous basin of 1.17 million km2 (Liu 2008). This drainage basin includes the great cities of Chongqing, Wuhan, and Nanjing, with the world famous port of Shanghai at the mouth. The basin is also home to large-scale wet rice cultivation. Rice cultivation in the region has a history that can be traced back to 7700 BC (Zong et al. 2007). Civilizations along the Yangtze, which over the millennia have rivaled those of the Yellow River Basin, are in recent years catching the attention of historians and archeologists. Also, high levels of nutrients, in waste water from the cities, as well as in agricultural chemicals from the rice paddies, enter the river system and are washed into the East China Sea.

The middle reaches of the Yangtze are situated in the same evergreen broad-leaved forest zone as southern Japan (Kira 1991). As is the case in many parts of this zone, a long history of intensive land use and dense populations has brought great pressure on the local forest resources, and natural old-growth forests remain only in limited areas (Song and Cheng 2007). Most of the forest cover is now secondary in nature. In some spots, over-intensive harvesting has stripped the mountainside of vegetation, leading to soil erosion during heavy rains.

The Yangtze River basin contains densely populated urban areas. On the outskirts of these cities, many rice paddies are being converted to vegetable farms. As urbanization and industrialization progress, new residential, commercial, and industrial complexes are being developed. Economic development, however, has not been even throughout the entire region. The eastern coastal area, centered on Shanghai, has developed rapidly, while the inland areas to the west have lagged behind. To rectify this imbalance, China began an ambitious and huge Western Region Development Project in 1999. The chief goal of this project was to narrow the gap in regional development, but protection of the environment and natural ecosystems, which in the western region have been deteriorating, was also stated to be a major concern (Xiang 2007). Of special importance is the Three Gorges Dam in Hubei Province along the middle reaches of the river. This dam began holding water in 2003, and is expected to have a major impact not only on ecosystems along the river, but on the East China Sea as well (Wu et al. 2004; Yang et al. 2011; Xu et al. 2013).

This collection of research focuses first on fine scale analyses of the current status and directions of change for vegetation in the region’s agricultural landscape. Vegetation and environment in the cities of Shanghai and Chongqing are also investigated. Next remote sensing is employed to give a broad-scale feel for the impact that changes in the Yangtze River are having on the environment of the East China Sea and on the whole of East Asia.

Shang et al. aimed to understand the ecological effects of natural and man-made disturbances on evergreen broad-leaved forests at Tiantong National Forest Park in Zhejiang Province. The research employed a manipulative field experiment to approximate the natural and artificial disturbance types common in this area, and to investigate the vegetation community, physiognomy, floristic composition, and 5-year recovery dynamics of a post-disturbance forest community. Disturbances appear to be one of the most important factors affecting biodiversity and regional species coexistence across temporal and spatial scales in evergreen broad-leaved forests.

Fujihara et al. examined landscape structure, stand structure, and influence of human activity on the landscape for a hilly agricultural area in Fenghua City, Zhejiang Province. The research determined that there are many component species common to both secondary and natural forests, but that the stand structure for these two types of forests are considerably different. Cyclobalanopsis (Quercus) glauca, which adapts well to frequent cutting, was found to be the preferred species for wood fuel.

Nemoto and Otsuka, conducting research in the same target area, contrasted the effects of traditional and conventional farming systems on the floristic composition and vegetation structure on the rice paddy landscape in narrow valleys. The results showed that two species which are listed as threatened in Japan, Blyxa echinosperma and Marsilea quadrifolia, were present in paddy fields farmed using traditional organic methods.

For urban areas, Zhao et al. employed remote sensing research to identify how rapid urbanization in Chongqing is impacting vegetation cover in the area surrounding the urban core. This metropolitan area has been experiencing severe environmental problems such as urbanization, pollution, and deforestation, due to development of the inland region, especially the nearby Three Gorges Dam. The results indicate that incorporating terrain characteristics into remote-sensing analysis can be a useful tool for developing conservation measures in areas adjacent to megacities.

Also locating their research in Chongqing, Yang et al. focused on remnant evergreen broad-leaved forests in and around the city. The results showed that species in the Lauraceae, Symplocaceae, and other families which are essential floristic components of primary evergreen broad-leaved forests were still the main components in many sites. Species composition, biodiversity, and stand structure of these remnant forests, however, showed obvious differences along a rural–urban gradient leading away from the core urban area.

Xia et al. employed SO2, NOX, acid rain pH, dustfall, and total suspended particles (TSP) data from the Shanghai Environmental Monitoring Center to evaluate and analyze the air quality in Shanghai, which is China’s largest commercial and industrial city, but has been suffering from severe air quality issues. The results showed that surrounding suburban and rural areas are also beginning to show deterioration of air quality, indicating that stricter controls on development are required in such rapidly urbanizing areas.

On the broad-scale level, Asanuma et al. studied the relationships among nutrient-rich run-off water from the land and the nutrient depleted waters of the Japan Current. Ocean color sensors were used to analyze the distribution of chlorophyll-a concentration. The results showed a mixing process between the two contrasting water masses.

Taken together, the research work presented here identifies the major changes occurring in rural and urban landscapes along the Yangtze River basin. China’s economy has now grown to be the second largest in the world, and growth is continuing. On the other hand, environmental changes resulting from this growth, including water and air pollution and blowing yellow sand, impact not only China, but all of East Asia. We hope that this research will provide a basis for planning and implementing future environmentally friendly and sustainable development projects in the region.

© International Consortium of Landscape and Ecological Engineering and Springer Japan 2014