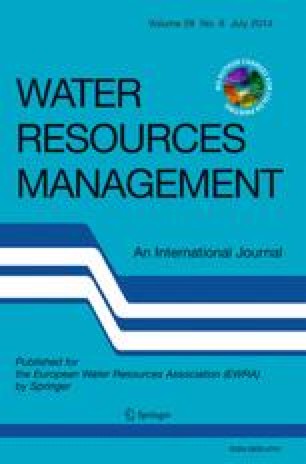 Do We Need to Rethink Our Waterways? Values of Ageing Waterways in Current and Future Society

In the past canals were developed, and some rivers were heavily altered, driven by the need for good transportation infrastructure. Major investments were made in navigation locks, weirs and artificial embankments, and many of these assets are now reaching the end of their technical lifetime. Since then the concept of integrated water resource management (IWRM) emerged as a concept to manage and develop water-bodies in general. Two pressing problems arise from these developments: (1) major reinvestment is needed in order to maintain the transportation function of these waterways, and (2), it is not clear how the implementation of the concept of IWRM can be brought into harmony with such reinvestment. This paper aims to illustrate the problems in capital-intensive parts of waterway systems, and argues for exploring value-driven solutions that rely on the inclusion of multiple values, thus solving both funding problems and stakeholder conflicts. The focus on value in cooperative strategies is key to defining viable implementation strategies for waterway projects.

The authors wish to thank Ford Professor Lawrence Susskind of the Massachusetts Institute of Technology for his inspiring ideas, reflections and comments. Furthermore, the authors wish to credit Bas de Leeuw and Tjeerd Burger for assisting in the interview process. Rijkswaterstaat, the Dutch agency responsible for the national highways, waterways and water system, sponsored the research.

An initial round of interviews has been conducted to explore the topic. A total of nine persons, all project manager, or contract manager, have been interviewed to explore the subject and to outline further investigations. This has been the basis for a second series of interviews following the structure as given in Appendix 2. In this round 10 persons were interviewed. Interviewees were contract managers, managers of the environs, and one technical manager. In addition two officers overseeing several waterway projects have been interviewed.

Appendix 2: Structure of the interview

How would you ‘sell’ the project?

Could you explain briefly the motivation for the project?

Could you describe the decision making process for the project?

How was the project viewed initially by RWS?

Were there any other visions for the project at that moment?

Was there an integrated vision which became a guidance for the development process?

How were stakeholders involved?

What role did the public participation process play?

How would you describe the relationship with stakeholders?

Which players did eventually determine the solution/design?

How did the cooperation with municipality and province develop?

Could they have been the initiator of the process as well?

Were interests of stakeholders opposing or reinforcing?

Has value creation actively been pursued?

Were there any value opportunities for private parties in the contracting phase of the project?

Did any noticeable changes take place in this sector/market with regard to lock projects?

Is society more unpredictable than is used to be years ago?

How does RWS address uncertainty, unanticipated events and multitudes of interests related to waterway projects?

(a list of topics covering people, planet and profit is shown to determine to which extend topics played a role and have been addressed in the project)

What do you view as an ‘integrated’ approach?

Is, in your view, such an approach stimulated by your organisation?

Does such an approach increase the value?

If you could do this project all over again, what would you do differently?