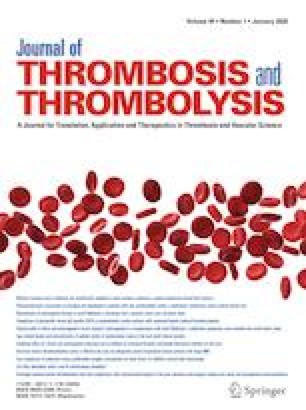 Prasugrel, a novel P2Y12 receptor antagonist, has been shown to be more effective than clopidogrel for preventing cardiovascular events in patients with acute coronary syndromes undergoing percutaneous coronary intervention. We investigated the dose–response antiplatelet effects of prasugrel compared with clopidogrel in Japanese patients with non-cardioembolic stroke. The influence of cytochrome P450 (CYP) polymorphisms on the antiplatelet effects of both drugs was also compared. In this multicenter randomized active-control comparative study, patients were randomized to receive prasugrel 2.5 mg, 5 mg, or 7.5 mg (double blind) or clopidogrel 75 mg (open label) once daily for 14 days. The primary endpoint was inhibition of platelet aggregation (IPA) in response to adenosine diphosphate 20 μM within 8 h of study drug administration on day 14. Of the 66 patients randomized, data from 63 (prasugrel 2.5 mg, 5 mg, and 7.5 mg groups, n = 14, 16, and 18, respectively; clopidogrel group, n = 15) were used in the pharmacodynamic assessment. IPA (arithmetic mean ± SD) after prasugrel administration increased dose-dependently (33 ± 9%, 44 ± 11%, and 53 ± 14%, at 2.5 mg, 5 mg, and 7.5 mg, respectively) and was higher in these groups than after clopidogrel (23 ± 16%). In a subgroup of CYP2C19 intermediate metabolizers, IPA was higher in the prasugrel 5 mg and 7.5 mg groups than in the clopidogrel group. No death or serious adverse events were reported. Prasugrel was well tolerated at doses up to 7.5 mg/day and had antiplatelet effects higher than those of clopidogrel 75 mg/day. CYP2C19 polymorphisms may have reduced clopidogrel-induced IPA.

Despite the use of the antiplatelet drugs aspirin, cilostazol, and clopidogrel, as recommended by the most recent Japanese guidelines for the management of stroke [1], survivors of ischemic stroke remain at risk of another stroke. Clopidogrel, which is widely used for stroke prevention, is a prodrug whose antiplatelet effects depend on conversion into its active metabolite by enzymes including cytochrome P450.

Poor or non-response to clopidogrel has been reported in a significant proportion of patients. This phenomenon, known as clopidogrel resistance, is associated with genetic polymorphisms; the presence of variants of the gene for the cytochrome P450 subtype CYP2C19, in particular, limits metabolic activation of clopidogrel and thus reduces clopidogrel-induced inhibition of platelet activation (IPA) [2, 3, 4, 5, 6, 7, 8, 9]. Patients treated with clopidogrel who carry one or two reduced-function CYP2C19 alleles have been shown to be at increased risk of major adverse cardiovascular events [10, 11]. Furthermore, reduction of clopidogrel-induced IPA due to CYP2C19 polymorphisms has been reported in patients with ischemic stroke [12]. Therefore, CYP2C19 genotype may need to be considered when choosing the antiplatelet drug most likely to be effective in individual patients.

Prasugrel has been developed as a third-generation thienopyridine antiplatelet drug. Like clopidogrel, prasugrel is a prodrug that exerts its antiplatelet effects, via an active metabolite, by selective inhibition of the P2Y12 subtype of the adenosine diphosphate (ADP) receptor. However, compared with clopidogrel, prasugrel is a more potent and faster-acting inhibitor of platelet aggregation [13]. Furthermore, the antiplatelet effects of prasugrel are more consistent. With prasugrel, exposure to the active metabolite and pharmacodynamic response are unaffected by CYP2C19 and CYP2C9 polymorphisms; in contrast, with clopidogrel they are reduced [14].

The results of an international, large-scale randomized clinical trial in patients with acute coronary syndromes has shown prasugrel to be more effective than clopidogrel in the prevention of cerebro- and cardiovascular events [15]. Therefore, prasugrel is expected to be similarly effective in patients with non-cardioembolic stroke.

Patients were eligible for the study if they were aged 20–74 years and had had a non-cardioembolic stroke at least 4 weeks previously. The exclusion criteria were modified Rankin Scale score ≥ 4 or DSM-III-R severe or above; cardioembolic stroke; cardiovascular disease with the potential risk to cause cardioembolic stroke; unruptured intracranial aneurysm ≥ 5 mm; high bleeding risk; uncontrolled hypertension; uncontrolled diabetes; liver dysfunction, severe blood disorder, and severe renal dysfunction, as per the criteria defined in the protocol; heart failure of New York Heart Association class III or IV, or severe arrhythmia; and maximum platelet aggregation (MPA) in response to ADP 20 μM < 50%.

The study was conducted in accordance with the Declaration of Helsinki, Japanese Pharmaceutical Affairs Law, and Good Clinical Practice. The study protocol was approved by the institutional review board at each hospital, and written informed consent was obtained from all participants.

The primary endpoint of the study was IPA in response to ADP 20 μM within 8 h of study drug administration on day 14. Secondary endpoints were IPA at other blood-sampling time points and platelet reactivity index (PRI) at each time point.

To measure plasma concentration of the active metabolites of prasugrel and clopidogrel (R-138727 and R-130964, respectively), blood samples were collected on day 14, within 8 h of administration of each drug. At each blood-sampling time point, 5 mL of venous blood was collected by vacuum extraction into a blood-sampling tube containing EDTA sodium. Immediately after collection, 25 μL of 3′-methoxyphenacyl bromide–acetonitrile solution (0.5 M) was added to the sample and the resulting solution mixed by inverting the tube before placing it on ice to chill.

Plasma obtained by centrifugation (4 °C, 3000 rpm, 10 min) was transferred into storage containers and stored frozen (below − 20 °C). The plasma concentration of the active metabolites of prasugrel and clopidogrel was measured by liquid chromatography–tandem mass spectrometry.

Unless otherwise specified, data from the patients in the per-protocol set were used for the pharmacodynamic and pharmacokinetic analyses. The safety analysis set comprised all patients who had received at least one dose of either of the study drugs.

For the pharmacodynamic analyses, summary statistics for MPA in response to ADP 20 μM on day 14 were generated for each treatment group. These values were then used to calculate IPA for each patient; summary statistics were generated for each treatment group at each blood-sampling time point. The relation between prasugrel dose and IPA was investigated by regression analysis using a linear model.

The results of the flow cytometric VASP assay were used to generate summary statistics for PRI for each treatment group at each blood-sampling time point.

For the safety assessment, data on AEs (signs and symptoms as well as abnormal changes in laboratory data) were tabulated.

The study was conducted between February 20, 2007 (when the first patients were recruited) and September 19, 2007 (the date of the final patient visit).

Baseline characteristics of the patients in the per-protocol set

Values are expressed as the arithmetic mean ± standard deviation, unless otherwise stated

Patients in the per-protocol set and the safety analysis set had similar baseline characteristics (data not shown).

Clopidogrel resistance was defined as < 10% inhibition of ADP-induced platelet aggregation, as in a previous study [17]. On day 14, 4 of the 15 patients in the clopidogrel group had IPA < 10%, whereas no patients in the prasugrel 2.5 mg group had IPA < 10%. The results showed a significant increase in the inhibitory effect on platelet aggregation with an increase in the dose, and thus demonstrated a dose–response relation (p < 0.0001).

Relation between CYP2C19 phenotype and IPA

Figure 2b shows IPA in response to ADP 20 μM in patients with different metabolizer phenotypes according to CYP2C19 status. The great majority of patients in the clopidogrel group were IMs; only one patient was an EM and one a PM. Therefore, the data are insufficient to enable meaningful interpretation in terms of the relation between CYP2C19 phenotype and IPA in patients in the prasugrel groups versus those in the clopidogrel group.

Values are expressed as the number (%)

Abnormal changes in liver function test results were reported in one patient each in the prasugrel 2.5 mg, 5 mg, and 7.5 mg groups. In each case, the results normalized without treatment.

The IPA and PRI results of the present study show that prasugrel, in the range of 2.5–7.5 mg, has dose-dependent antiplatelet effects in Japanese patients with non-cardioembolic stroke. The results also suggest that the antiplatelet effects of prasugrel at these doses are more potent than those of clopidogrel 75 mg. In the clopidogrel group, unlike the prasugrel group, some patients had IPA < 10% at the end of treatment, indicating clopidogrel resistance. Patients who present with high on-treatment platelet reactivity are at significantly higher risk of recurrent cerebrovascular ischemic events (relative risk, 1.81), according to a recent systematic review and meta-analysis [18]. Therefore, this factor should be considered in the treatment and secondary prevention of stroke.

The low IPA in the clopidogrel group may be related to the presence in the group of patients with CYP2C19 polymorphisms; all except one had the IM or PM phenotype. In IMs and PMs, production of the active metabolite of clopidogrel is limited and therefore its antiplatelet effects are reduced. The wider range of IPA values for IMs in the clopidogrel group compared with IMs in the prasugrel groups suggests inconsistent inhibition of ADP-induced aggregation by clopidogrel. The US package insert for clopidogrel states that its effects may be reduced in patients with CYP2C19 polymorphisms. Furthermore, the results of a large-scale systematic review and meta-analysis have shown that, in patients with ischemic stroke or transient ischemic attack treated with clopidogrel, carriers of genetic polymorphisms, especially variants of CYP2C19, are at higher risk of stroke and vascular events than non-carriers [19].

Regarding safety, the incidence of AEs related to the study drug was higher in the prasugrel groups than in the clopidogrel group. However, there were no deaths, other serious AEs, or AEs resulting in discontinuation of the study drug. Bleeding AEs and abnormal changes in liver function test results, which are frequently reported adverse effects of thienopyridine antiplatelet agents, were recorded in a small number of patients. However, all cases improved without treatment. Therefore, no new safety concerns were identified in this study of treatment with prasugrel administered orally at 2.5–7.5 mg for 14 days.

The present study has several limitations. First, in the pharmacodynamic assessment, no statistical analyses were carried out to compare data for the prasugrel group with data for the clopidogrel group. Second, the small sample size means that the proportions of patients with the different CYP2C19 phenotypes may not reflect those in the real world. Third, it was not possible to identify CYP2C19 phenotype for all patients enrolled in the study.

Prasugrel at daily doses of 2.5 mg, 5 mg, and 7.5 mg was well-tolerated and effective for inhibition of platelet aggregation in Japanese patients with non-cardioembolic stroke. The antiplatelet effects of prasugrel at all three doses were higher than those of clopidogrel 75 mg.

TY has nothing to disclose; TS, SY and KA are employees of Daiichi Sankyo; YI reports grants from Daiichi Sankyo outside the submitted work.

11239_2019_1926_MOESM1_ESM.pptx (65 kb)
Supplemental Figure 1 Study design. Supplemental figure 2 Platelet reactivity index on day 14. ◊, Arithmetic mean; +, value within 1.5 to 3 quartiles of the box. Data from one patient in the clopidogrel group was excluded because of insufficient data. (PPTX 65 kb)