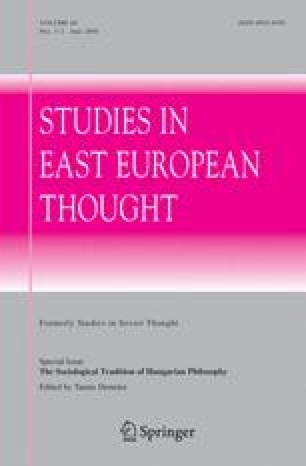 Aurel Kolnai’s career started fairly typically in fin-de-siècle Hungary. First he belonged to a circle of intellectuals (Galilei Circle) in a period in which the network of such circles was so typically characteristic of Hungarian intellectual life; his interests initially turned to the intersection of sociology and psychoanalysis, both dominant topics in contemporary discussions; and along with so many other intellectuals he left Hungary after the collapse of the Habsburg Monarchy. Jewish by birth, he converted to Catholicism, again an act fairly typical of the period, but he became a practicing Catholic and true believer, which was significantly less common in the secular atmosphere of the era. And while the issues of political philosophy remained in the forefront of his interests, his attention, as opposed to other Hungarian emigrant philosophers, turned away from sociological approaches toward a phenomenological method, which characterises his most important works.

Human Dignity Moral Philosophy Moral Theory Ethical Evaluation Moral Relativism
These keywords were added by machine and not by the authors. This process is experimental and the keywords may be updated as the learning algorithm improves.
This is a preview of subscription content, log in to check access.