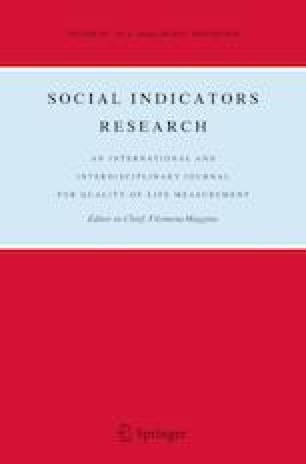 Over-Qualification and the Dimensions of Job Satisfaction

The spread of over-qualification is a consequence of individuals having acquired more credentials than required at the workplace. In some cases, it may be that this mismatch plays a role in allowing workers to compensate for the lack of some other skills, to escape from unemployment, or to achieve job stability in the labour market. Consequently, workers may feel no less satisfied, at least in some aspects, than adequately-matched workers. The aim of this paper is to analyse the relationship between over-qualification and the various dimensions of job satisfaction in Spain, a country characterised by a strongly-segmented labour market with high unemployment levels, and a significant number of mismatched employees. Using micro data for a representative sample of Spanish workers, we carry out simultaneous maximum likelihood estimations on a two-equation system to control for potential endogeneity. The results obtained provide evidence that does not reject the hypothesis that mismatched workers do not necessarily feel less satisfied than adequately-matched workers in the dimensions of job satisfaction related to extrinsic domains or social relations.

The authors would like to thank three anonymous referees as well as participants at the XII Spanish Labour Economics Meeting, for helpful comments on earlier drafts of this paper.

See Table 5 for a description varieables used in the analysis. We estimate Eq. (1) by 2SLS, considering our objective measure of over-qualification as an instrument for self-perceived over-qualification in Eq. (2). This supposes that job satisfaction is cardinal. Results are presented in Table 6.
Table 5

Over-education and over-qualification coefficients for all dimensions of job satisfaction. 2SLS estimation.

C-tests for endogeneity find that over-education cannot be rejected as exogenous for the overall dimension of job satisfaction, as well as in the dimensions of hour flexibility, activity at work, and firm-provided training. In the rest of the cases, exogeneity of over-education is rejected and the 2SLS estimation is more appropriate than the ordered probit. With respect to the case of MLE for dealing with endogeneity, there are some few differences in the dimensions in which over-education can be considered to be exogenous. Similarly, in the case of the over-qualification variable, there are no differences with respect to the MLE estimation, except that, now, with the 2SLS estimation, satisfaction with hour flexibility cannot be rejected as exogenous. Cragg–Donald/Stock–Yogo tests on weak instruments, and Hansen tests on over-identifying restrictions confirm the validity of the instrument and the reliability of our estimates.

Qualitative results are the same as in the MLE estimation: in most of the extrinsic dimensions (organization, promotion, the workday, duration of breaks, job security/stability, and health) as well as in social relations and relations with management, the over-qualified do not feel less satisfied than the adequately-educated.