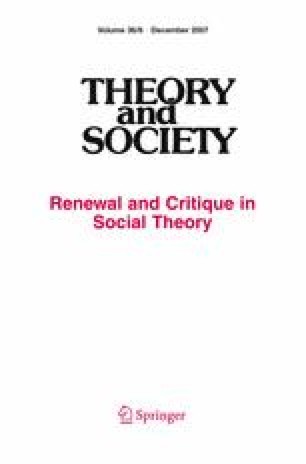 The making of US monetary policy: Central bank transparency and the neoliberal dilemma

This article explores the implications of the Federal Reserve’s shift to transparency for recent debates about neoliberalism and neoliberal policymaking. I argue that the evolution of US monetary policy represents a specific instance of what I term the “neoliberal dilemma.” In the context of generally deteriorating economic conditions, policymakers are anxious to escape responsibility for economic outcomes, and yet markets require regulation to function in capitalist economies (Polanyi 2001). How policymakers negotiate these contradictory imperatives involves a continual process of institutional innovation in which functions are transferred to markets, but under the close control of the state. Thus, under transparency, Federal Reserve officials discovered innovations in the policy process that enabled “markets to do the Fed’s work for it.” These innovations enlisted market mechanisms, but did not represent a retreat from the state’s active role in managing the economy.

Interest Rate Monetary Policy Committee Member Federal Reserve Money Supply
These keywords were added by machine and not by the authors. This process is experimental and the keywords may be updated as the learning algorithm improves.
This is a preview of subscription content, log in to check access.

I gratefully acknowledge the contributions of Giovanni Arrighi, Sarah Babb, Fred Block, Rogers Brubaker, Nitsan Chorev, Jane Collins, Michael Mann, Jamie Peck, William Roy, Margaret Somers, Mark Suchman, Erik Wright, and three anonymous reviewers for Theory and Society, all of whom commented on earlier versions of this paper. In addition, I wish to thank the following individuals who agreed to be interviewed for this research: Stephen Axilrod, Alan Blinder, Douglas Cliggott, Jane D’Arista, Benjamin Friedman, Donald Kohn, Alice Rivlin, Charles Schultze, and Janet Yellen. Finally, I benefited from the contributions of audiences at the University of California-Berkeley, UCLA, Cornell University, the University of Michigan, Northwestern University, and the 2005 Meeting of the American Sociological Association. This research was supported by the National Science Foundation (Grant #: SES-0117048).

The following is a list of individuals (and their positions) interviewed for the research presented in this paper. All interview subjects agreed to be identified by name.