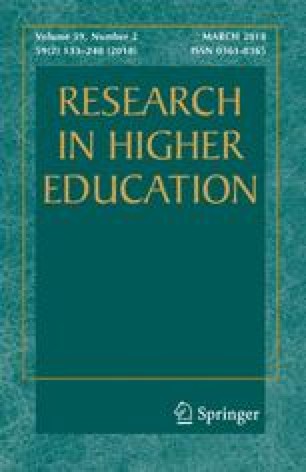 Concerns about the low completion rates in community colleges have led policy makers and administrators to examine interventions that aim to increase persistence and success by making colleges easier to navigate for students. One of the best supported and most well researched of the current reforms is guided pathways which aims to simplify student decision making. Meta majors, the grouping of all available majors into a handful of buckets, is an important components of these whole school reforms. In this paper I test an underlying assumption of this reform—that there are consistent groupings of majors that students would consider choosing—using tools from social network analysis. I draw on these consideration networks to examine how different groups of students cluster majors together; differences in how various groups of students group majors provides insight into how such interventions could increase efficiency or exacerbate inequality. These findings provide guidance for schools on what factors to consider when forming meta major groupings.

Data on consideration networks come a survey given to 297 students at one Northern Californian Community College. Students were asked whether they would consider choosing each of a list of majors. These analyses examine relationships between majors. These network statistics were computed using a dichotomized matrix. Pairs of majors in which ≥20% of students said they would consider both majors are coded as 1, all others are coded as 0

Data on consideration networks come a survey given to 297 students at one Northern Californian Community College. Students were asked whether they would consider choosing each of a list of majors. These analyses examine relationships between majors. These network statistics were computed using a dichotomized matrix. Pairs of majors in which ≥20% of students said they would consider both majors are coded as 1, all others are coded as 0

Information about a particular major’s location within a consideration network can also provide insight that can help administrators and policy makers structure programmatic offerings in ways that can increase success and persistence and perhaps reduce segregation. In this Appendix, I examine three statistics for each major: betweenness centrality, clustering, and homophily as well as basic descriptions of which majors are most likely to travel together. In this paper I examine the roles that majors play in the all student network. For parsimony and simplicity, I do not examine the roles of specific majors in the networks of specific groups of students. For example, I do not look at differences in the role that Biology plays in consideration networks of White and Black students. Such questions could be an interesting, and potentially policy relevant, extension to this work.

Betweenness centrality is a measure of how important a node is in terms of connecting other nodes. It is operationalized as the number of shortest paths from all nodes to all other nodes that pass through the focal node:
$$B_{m} = \frac{{\mathop \sum \nolimits_{m < n} \left( {\frac{{l_{n \to m \to o } }}{{l_{no} }}} \right)}}{[(N - 1)(N - 2)]/2},$$
where m is the focal node and n,…,o is the list of all other nodes. \(l_{n \to m \to o }\) is the shortest link from node n to node o and it passes through node m, l no is the shortest link from node n to node o and it does not pass through node m. We can standardize B by dividing it by the maximum number of pairs of actors not including [(N − 1)(N − 2)]/2. This standardization bounds the betweenness centrality measure between 0 and 1 and makes it easier to compare to other statistics. A major that has a high betweenness centrality score (close to 1) will be an important “link”—it will connect disparate clusters of majors.

Understanding a major’s betweenness is important for a number of reasons. Majors that have high betweenness—that is, majors that serve as high frequency connections between other majors—could be promoted as points-of-entry majors from which students could move into disparate fields. Such “pivot” or “gateway” majors could be valuable exploratory majors for undecided students who are considering more than one discipline and could prove valuable for school and labor force planning.

The clustering of a node is an individual measure similar to the overall clustering of a network: how close a node’s neighbors are to each other. That is, how likely are my friends to be friends with each other?
$$C_{m} = \frac{{\# \{ l_{no} = 1|n \ne o,\;l_{mn} \in g_{m} ,\;l_{mo} \in g_{m} \} }}{{\# \{ l_{no} |n \ne o,\;l_{mn} \in g_{m} ,\;l_{mo} \in g_{m} \} }},$$
where g m is major m’s set of links and l no is a link between nodes n and o, both of which are linked to node m. Thus, the clustering coefficient looks at all of the pairs of nodes that are linked to node m and examines how many of them are linked to each other (Jackson 2008). A major that has a high clustering measure is one that is in a clique—the majors that it is connected to are also connected to each other. Majors that have high values for clustering would be good candidates for a meta major.
Neighborhood context describes some aspect of all nodes n that are adjacent to node m. In this instance, I define homophily as the proportion of adjacent majors that are in the same subject group as major m. That is, how many of the majors linked to major m are in the same subject group (e.g., math and science) as major m?
$$H_{m} = \frac{{\mathop \sum \nolimits 1\{ subj_{m} = subj_{n} \} \forall n|l_{mn} = 1 }}{{\# (l_{mn} )}}.$$
Majors with high values of homophily are more often connected to similar majors. That is, students who would consider this major are more likely to consider other majors in the same general subject area or career field. Low values of homophily indicate that students who would consider this major would also consider dissimilar majors.

In the context of institutional or state policy, it is important to examine a major’s level of homophily. Meta majors tend to group majors by broad subject affiliation or by relationship to career fields. If a major has a particularly low value of homophily, grouping it with other “like” majors might not be appropriate; low levels of homophily indicate that students are grouping this major with other majors based on something other than disciplinary or career alignment.

Table 5 presents descriptive information on common major pairings: if a student could consider choosing major X, what other majors is she likely to consider choosing? This table shows the majors that at least 50% of students who are considering major X would also consider choosing. For example, more than half of the students who say they would consider majoring in Communication Studies also say they would also consider majoring in: Accounting, Film and TV, Graphic Design, Leadership and Social Change, Marketing, Medical Laboratory Technician, Music, Photography, Social and Behavioral Science or Sociology.
Table 5

Majors that travel together in students' consideration sets

The patterns in this table also provide suggestive guidance for how schools could structure options or how they communicate about their structure. For example, if there is demand for a certain kind of training within a labor market (medical laboratory technician, for example), schools might group the introductory courses for this major with introductory courses for other popular majors that students are likely to consider with this high demand field.

Table 6 presents three statistics (betweenness centrality, clustering, and homophily) for each individual major within the consideration network for all students (a graph of this consideration network is included in Fig. 3). A couple of findings are immediately apparent. Business Administration and Sociology have very high betweenness centrality values. In the graph of this relatively sparse network, it’s easy to see how these two serve as links between groups of majors. For example, no business and technology majors are linked to any majors except for business administration. All science, math majors and language majors (Biology, Nursing, English) are connected to the business and technology majors only through Sociology. If schools were looking to help students develop tastes in certain fields (women in STEM fields, for example) or encourage students to gain skills in fields with great labor market needs (radiology technicians, for example), these gatekeeper majors could serve as important levers—first year course sequences could focus on these pivot majors and provide common basic training across a variety of programs to help students learn about different fields before making a decision.
Table 6

Data on consideration networks come a survey given to 297 students at one Northern Californian Community College. Students were asked whether they would consider choosing each of a list of majors. These analyses examine relationships between majors. These network statistics were computed using a dichotomized matrix. Pairs of majors in which ≥20% of students said they would consider both majors are coded as 1, all others are coded as 0. Majors are only listed if they appear in this consideration network (≥20% of surveyed students said they would consider this major and another major)

Social and Behavioral Science and Child Development have the highest clustering coefficients in the consideration network of all students. These are majors whose “friends” are likely to be “friends” with each other. Highly clustered majors are ones that might be particularly suitable for guided pathways or exploratory majors. In this network, it’s clear that a meta major focused on social science might be productive for students; students who are considering social and behavioral science, sociology, child development, and business administration seem to be considering all of these majors with some frequency. Allowing students to consider all four in a meta major (rather than asking them to declare just one) could help students’ persistence and progress by removing one decision step and simplifying the decision process. Importantly, this potential meta major contains majors in two different disciplines, something that is relatively rare in practice.