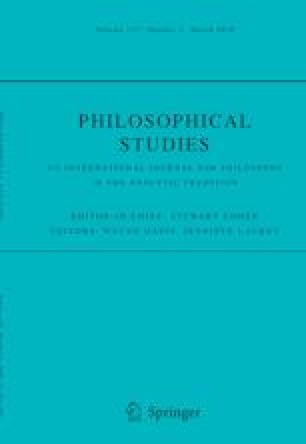 Speaker’s reference, stipulation, and a dilemma for conceptual engineers

Students in two undergraduate classes at HKU—Philosophy of Language (Fall 2018) and Metaphilosophy (Spring 2019)—were the first audiences for the ideas in this paper. I thank these students for their input, especially Lu Xiaoyi (Stephanie), Yang Qilin (Jaden), Au Siu Hong (Walker), To Ka Chun (Adrian), and Chan Sze Hoi (Steve). Thanks also to two visitors to these classes, Jenny Nado and Herman Cappelen, both of whom have had an obvious influence on my thinking about conceptual engineering. Jenny and Herman also provided me with written comments on an earlier draft, as did Steffen Koch, who gave me an especially detailed and useful set of written comments. Discussions with Amit Chaturvedi, Jamin Asay, Lam Ka Ho, Manuel Gustavo Isaac, Sigurd Jorem, and Anton Alexandrov had a significant influence on the final draft—for the better, I hope they will think. Lastly, thanks to an anonymous reviewer for Philosophical Studies for several suggestions for improvements.