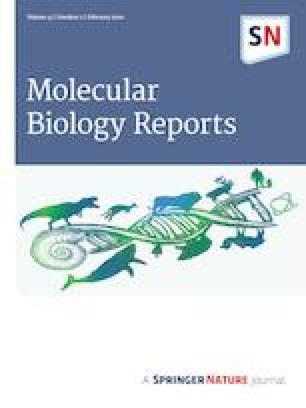 Invasive species can have wide-ranging negative impacts, and an understanding of the process and success of invasions can be vital to determine management strategies, mitigate impacts and predict range expansions of such species. Monk parakeets (Myiopsitta monachus) and ring-necked parakeets (Psittacula krameri) are both widespread invasive species, but there has been little research into the genetic and social structure of these two species despite the potential links with invasion success. The aim of this study was to isolate novel microsatellite loci from the monk parakeet and characterise them in both monk and ring-necked parakeets in order to facilitate future investigations into their behaviour and population ecology. Sex-typing markers were also tested in both species. Of the 20 microsatellite loci assessed in 24 unrelated monk parakeets, 16 successfully amplified and were polymorphic displaying between 2 and 14 alleles (mean = 8.06). Expected heterozygosity ranged from 0.43 to 0.93 and observed heterozygosity ranged from 0.23 to 0.96. Nine of the 20 loci also successfully amplified and were polymorphic in the ring-necked parakeet, displaying between 2 and 10 alleles. Suitable markers to sex both species and a Z-linked microsatellite locus were identified. A multiplex marker set was validated for monk parakeets. These novel microsatellite loci will facilitate fine and broad-scale population genetic analyses of these two widespread invasive species.

Invasive species are nonindigenous species that establish self-sustaining populations beyond their native range [1, 2]. The negative impacts of invasive species can be wide-ranging and include: extensive economic and environmental damage [3, 4], threats to biodiversity [5, 6] and damage to human health [7, 8]. Two such invasive species are the monk parakeet (Myiopsitta monachus) and the ring-necked parakeet (Psittacula krameri).

As a popular pet species, tens of thousands of monk parakeets have been exported from their native South America to meet the demands of the international pet trade [9, 10, 11]. Subsequent breaches in captivity during transit or from holding areas, together with accidental or deliberate release by owners facilitated multiple invasion events across four additional continents (e.g. [9, 10]). In Europe, monk parakeets are now among the invasive bird species with the potential to cause the most acute economic impacts [3]. For example, substantial crop damage caused by foraging monk parakeets has been identified in the agricultural belt surrounding the city of Barcelona, Spain [12]; while in North America, their communal nests built on power lines and in electricity substations cause power outages and safety concerns [13].

Assessing the genetic structure of populations of invasive species can be key in understanding their origin and invasion history [18], investigating dispersal patterns [19], and determining eradication or management strategies [20]. Microsatellites are molecular markers that are regularly used in such studies, and polymorphic markers have already been published for both monk parakeets (12 markers) [21] and ring-necked parakeets (21 markers) [22]. Here we present the characterisation of novel polymorphic monk parakeet microsatellite loci and their cross-species utility in the ring-necked parakeet. These new microsatellites, when used in combination with the microsatellite markers previously published for use in these species [21, 22], will improve investigations into social and population genetic structure at a range of spatial scales, and help to examine the processes related to the invasion success of both species.

Primer pairs were designed using Primer3 v. 0.4.0 [27, 28, 29] in microsatellite flanking regions with a product size range from 100 to 270 bp. Further specifications for selecting primer pairs were: a melting temperature of 59–61 °C (optimum 60 °C, difference 0.5 °C), a length of 18 to 36 base pairs (20 bp optimum) the presence of a G/C clamp, a maximum poly-X of 3 tandemly repeating nucleotides (e.g. TTT), and all other parameters set to default. Forward primers were 5′-labelled with a fluorescent dye (HEX or 6-FAM). BLAST software [30] was used to assess and select unique sequences for primer design.

DNA from 24 monk parakeets (12 male and 12 female) was amplified using polymerase chain reaction (PCR) to assess microsatellite variability. Monk parakeets are sexually monomorphic [9], therefore genetic sex-typing was used to determine the sex of individuals and to enable the identification of sex-linked microsatellite loci. Of nine bird sexing markers tested in monk parakeets, five were successful: P2-P8 [31], P2D-P8 [32], Z002B [33], Z43B [34] and 2550F-2718 [35]. Two of these sex markers were used in the present study (P2-P8 [31] and Z002B [33]) to avoid any potential errors in sexing caused by misidentification of the Z and W alleles due to Z/W-polymorphism or the presence of heteroduplexes [36, 37, 38]. PCR amplification was performed using a DNA Engine Tetrad ®Thermal Cycler (MJ Research, Bio-Rad, Herts, UK) in 2 µl reaction volumes containing 10–50 ng of air-dried DNA, 1 µl QIAGEN Multiplex PCR mix (containing PCR buffer, HotStarTaq DNA polymerase, 1.5 mM MgCl2 and 0.2 µm dNTPs; QIAGEN Inc.) and 0.2 µM of each primer. Initial denaturation stage was carried out at 95 °C for 15 min, followed by a PCR amplification of 35 cycles (94 °C for 30 s, 58 °C for 90 s and 72 °C for 60 s) and a final extension for 30 min at 60 °C. Sex-typing markers P2-P8 and Z002B were amplified using annealing temperatures 50 °C and 56 °C respectively. 1 µl of PCR product was diluted to a ratio of 1:2500–1:5000 (product:H2O) and these products were then separated on an ABI 3730 48-capillary DNA Analyser using formamide and GeneScan™-500 ROX size-standard (Applied Biosystems, Warrington, UK). Alleles were scored using GENEMAPPER v 5 software (Applied Biosystems, California, USA).

Ring-necked parakeet blood samples were collected in November–March 2015–2017 in Barcelona, Spain (permit code: EPI 7/2015 (01529/1498/2015)). Blood samples (maximum 100 µl) were extracted from the jugular or brachial vein and stored at − 20 °C in 98% ethanol. An ammonium acetate extraction protocol was used for DNA extraction (see above for details), PCR amplification was conducted on DNA extracted from 18 ring-necked parakeets (11 females and 7 males; sexed using P2–P8 [31] and Z002B [33]), and microsatellite variability was then assessed as described for monk parakeets.

Of the 20 microsatellite loci tested, 17 successfully amplified and 16 were polymorphic in monk parakeets with allele numbers ranging from 2 to 14 with a mean of 8.06 alleles per locus (Table 1). HO and HE ranged from 0.23 to 0.96 and 0.43 to 0.93, respectively. PIC values ranged from 0.33 to 0.90 with 15 of the 16 microsatellite loci being highly informative (PIC > 0.50) and the other locus being reasonably informative (0.50 > PIC > 0.25; following [43]). One locus, MmonZ12, was heterozygous in some males (ZZ) yet homozygous in all 12 females (ZW) indicating it is sex-linked (Z-linked; Fisher’s exact test, p = 0.004). All 15 other polymorphic loci amplified in both males and females, with no loci being homozygous in all females and all loci displaying heterozygotes in both males and females, and were therefore presumed to be located on the autosomes. For the Z-linked locus (MmonZ12), deviation from Hardy–Weinberg equilibrium was assessed in males only. Four loci (Mmon03, Mmon08, Mmon10 and Mmon13) exhibited significant deviations from Hardy–Weinberg equilibrium (p < 0.05), which may suggest the presence of null alleles. However, only one locus (Mmon08) possessed a high estimated null allele frequency (> 10%). Alternatively, deviations from Hardy–Weinberg equilibrium may result from population structure [44]. Following FDR control, no significant linkage disequilibrium was found between loci. Multiplex Manager 1.2 [45] was used to generate a multiplex marker set from these 16 loci, optimised in three plexes; these multiplexes were then validated by genotyping the same 24 individual monk parakeets that had been genotyped in single-plex (Table 1).
Table 1

EMBL-EBI sequence accession numbers LR700312-LR700328, number of individuals results are based on (n), observed and expected heterozygosities (HO and HE respectively)

Tested in 18 ring-necked parakeets; number of individuals results are based on (n)

*A total of ten different alleles were observed for MmonZ12, observed and expected heterozygosities (HO and HE respectively)

DNA samples from monk parakeets and ring-necked parakeets used to characterise these microsatellite loci were taken from invasive populations for which there is no detailed knowledge of introduction events. Therefore, it is possible that these individuals are descendants from small founding populations which may have had limited genetic variation. On the other hand, both species have very extensive native ranges across South America (monk parakeet) and Africa and Asia (ring-necked parakeet) [9] and if founders were drawn from across these ranges, genetic variation of invasive populations may be greater than in local populations within their native range.

These novel microsatellite loci, optimised in three multiplexes, provide a powerful tool for analyses of both fine and broad-scale population genetic structure, as well as for analyses of parentage and dyadic relatedness. Combining these markers with those previously published for use in both monk parakeets [21] and ring-necked parakeets [22] will facilitate detailed investigations into behavioural and population processes related to invasion success in these two widespread avian invaders. Such studies are likely to be particularly interesting in the case of monk parakeets given that they are highly social parrots, with unique compound nests made of sticks that may house many breeding pairs, often built in close proximity to other nests to form loose colonies [9, 46]. Furthermore, examination of population genetic structure at a range of spatial scales may aid in the design of effective management strategies, help to understand the history of invasive populations and to predict future range expansions in these species.

BJH, JCS and FSEDP designed the study. JCS supervised the field study and JCS and AOS collected the blood samples. BJH and JCS supervised the project. FSEDP and GJH conducted laboratory work at the NERC Biomolecular Analysis Facility, Sheffield, UK. FSEDP and DAD analysed the data. FSEDP wrote the paper with input from co-authors. All authors read and approved the final manuscript.

The study was funded by a UK Natural Environment Research Council (NERC) Biomolecular Analysis Facility (NBAF) grant (NBAF1078) to BJH, JCS and Daniel Franks (University of York) for laboratory work conducted at the University of Sheffield, UK, and by a NERC studentship to FSEDP through the ACCE Doctoral Training Partnership at the University of Sheffield, UK. Sample collection was funded by a grant (CGL-2016-79568-C3-3-P) to JCS from the Spanish Research council (Ministry of Economics and Enterprise).

All authors consent to publication.