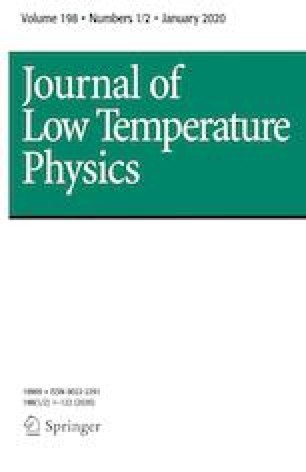 Superconducting thin films are central to the operation of many kinds of quantum sensors and quantum computing devices: kinetic inductance detectors (KIDs), travelling-wave parametric amplifiers (TWPAs), qubits, and spin-based quantum memory elements. In all cases, the nonlinearity resulting from the supercurrent is a critical aspect of behaviour, either because it is central to the operation of the device (TWPA), or because it results in nonideal second-order effects (KID). Here, we present an analysis of supercurrent-carrying superconducting thin films that is based on the generalized Usadel equations. Our analysis framework is suitable for both homogeneous and multi-layer thin films, and can be used to calculate the resulting density of states, superconducting transition temperature, superconducting critical current, complex conductivities, complex surface impedances, transmission line propagation constants, and nonlinear kinetic inductances in the presence of supercurrent. Our analysis gives the scale of kinetic inductance nonlinearity (\(I_*\)) for a given material combination and geometry, and is important in optimizing the design of detectors and amplifiers in terms of materials, geometries, and dimensions. To investigate the validity of our analysis across a wide range of supercurrent, we have measured the transition temperatures of superconducting thin films as a function of DC supercurrent. These measurements show good agreement with our theoretical predictions in the experimentally relevant range of current values.

In the past decade, there has also been considerable research in applying DC bias current across high-quality superconducting thin films [13, 14, 15, 16, 17, 18], in order to facilitate circuit quantum electrodynamics experiments [13, 14, 15, 16] and to improve versatility associated with frequency tuneability [17, 18].

We have also measured the supercurrent dependence of the superconducting transition temperatures for single-layer titanium (Ti) and multi-layer aluminium–titanium (Al–Ti) thin films. Our results confirm the validity of the Usadel theory approach for experimentally realistic device dimensions and current regimes.

In the case of a multi-layer superconductor, the boundary conditions (BCs) between the layers need to be taken into account. The BCs suitable for the Usadel equations can be found in [25]. Instead of calculating nonlinearity with respect to \(\varGamma \), which is not constant across the multi-layer, calculations should be performed with respect to \(\partial \phi /\partial z\). \(\partial \phi /\partial z\) cannot vary across the multi-layer (in the x direction) due to the absence of net supercurrent (in the x direction). Computation time-wise, it is beneficial to adopt the thin-film approximation scheme that has demonstrated good agreement with experiment for multi-layer superconductors. The approximation assumes \(\theta \) varies slowly and can be accounted by a second-order polynomial expansion [30, 31].

Nam’s equations [32] are a generalization of the Mattis–Bardeen [33] theory into strong coupling and impure superconductors. Nam’s equations compute the complex conductivity \(\sigma = \sigma _1-j\sigma _2\) using a pair of integrals of \(\theta \) across energy E. The integrals as well as their evaluations for Al–Ti bilayers can be can be found in [25].

After obtaining the series impedance and the shunt admittance, other properties of the superconducting transmission line can be calculated straightforwardly. The characteristic impedance is given by \(\eta = (Z/Y)^{1/2}\). The propagation constant is given by \(\gamma =\alpha +j\beta =({ZY})^{1/2}\), where \(\alpha \) is the attenuation constant and \(\beta \) is the phase constant. The inductance per unit length L can finally be calculated using \(L={\text {Im}}(Z)/\omega \). The calculation can then be iterated for different values of I to obtain L(I), which allows the extraction of \(I_*\) using a polynomial fit.

The left figure in Fig. 1 shows Ti superconducting density of states (DoS) \(N/N_0={\text {Re}}[\cos {\theta }]\) against energy \(E/k_\mathrm{B}\) at temperature \(T=0.01\,\mathrm {K}\) for different values of \(\varGamma /\varDelta _0\), where \(\varDelta _0\approx 1.764 \,k_\mathrm{B} T_\mathrm{c}\) is the superconducting energy gap of Ti in the absence of supercurrent. The presence of supercurrent broadens the DoS. This is a real effect and it has been experimentally observed by [20]. Previous approximations on the inductance nonlinearity [9, 23] assume the effect of this new DoS on conductivity can be approximated by a single parameter \(\varDelta \). Effectively, these studies have assumed that the new DoS can be approximated by a zero-supercurrent DoS shifted to an altered DoS gap at \(\varDelta \). For convenience, we label this simplified DoS function as \(n_{j=0}[\varDelta (\varGamma )]\). As we see in the middle figure, this assumption leads to underestimation on the impact of the supercurrent.

Ti and Al–Ti films were deposited by DC magnetron sputtering at a base pressure of \(2 \times 10^{-10}\) Torr or below. For bilayer films, Al layers were deposited after Ti layers without breaking the vacuum. The films were patterned to achieve four-terminal sensing geometry and connected to electronics via Al wire bonds. The samples were mounted to the cold stage of a dilution refrigerator inside a niobium magnetic shield. Temperature monitoring was achieved using a calibrated ruthenium oxide thermometer. For each set of measurement, a fixed current was first injected to the mounted superconducting film. The temperature of the cold stage was then slowly raised until transition from superconducting to normal state had occurred. The potential difference across the film was continuously measured throughout this transition process.

The middle figure in Fig. 2 shows a plot of critical current in reduced units \([I/I_0]^{2/3}\) against critical temperature in reduced units \(T_\mathrm{c}/T_{\mathrm{c},0}\) for a Ti strip with thickness \(t=100\,\mathrm {nm}\). The right figure in Fig. 2 shows a similar plot for Al–Ti bilayers with Al thickness \(t_\mathrm{Al}=25\,\mathrm {nm}\) and Ti thickness \(t_\mathrm{Ti}=100\,\mathrm {nm}\). The y-axis is chosen to reflect the Ginzburg–Landau result in the small supercurrent limit [43] which states that \({I}/{I_0}\propto \left( 1-{T_\mathrm{c}}/{T_{\mathrm{c},0}}\right) ^{3/2}\). For both plots, the dotted line shows the values obtained from theoretical calculations using the Usadel equations; the scattered markers show the experimentally measured values for different widths of superconducting lines. The physical parameters used to generate the theoretical lines are the same as those used in [31]. To convert from j to I, we have used \(I=jtw\), where the thickness t is deduced from calibrated deposition time and the width w is part of the design of the deposition mask. As expected from the above analysis of length scales, within each plot, wider superconducting lines result in earlier deviation from the ideal theoretical calculations. Denote \(I_{\mathrm{c},0}\) as the actual critical current of a device at close to \(0\,\mathrm {K}\) (not to be confused with \(I_0\) which is the theoretical critical current). For most devices, the experimental data demonstrate good agreement with the theoretical prediction at \(I<I_{\mathrm{c},0}/2\). For the widest bilayer device, good agreement is still obtain at \(I<I_{\mathrm{c},0}/3\). This range encapsulates the common operating current values for typical TWPAs and KIDs systems: current much smaller than \(I_{\mathrm{c},0}\) is usually chosen to avoid the onset of high current dissipation, or to avoid resonator bifurcation [2, 51, 52, 53]. In this study, we have chosen a conservative thickness of \(100\,\mathrm {nm}\). We expect an even bigger range of agreement for thinner devices such as the coplanar waveguides studied in [2], which have thickness \(t=35\,\mathrm {nm}\).

We have presented a numerical routine for analysing the inductance nonlinearity of thin-film superconductors with respect to supercurrent. Our analysis routine is based on the Usadel equations, Nam’s equations for complex conductivity, transfer matrix calculation for complex surface impedances, and transmission line models. As mentioned in our discussion around the middle figure in Fig. 1, our analysis takes into account the full shape of superconducting densities of states and avoids an underestimation made by previous analyses on this subject. We have measured the superconducting transition temperature as a function of supercurrent for Ti single layers and Al–Ti bilayers. Our results show that the theory is in agreement with the experimental data in the current range that most thin-film superconductor devices are operated at and therefore allows this analysis to be integrated in the design and optimization of future thin-film superconducting devices. Care needs to be taken when applying the numerical routine to AC applications, as both AC current distribution [26, 36] and field quantization (in particular coherent excited states) [40, 54] effects are important at frequencies comparable to the superconductor pair-breaking frequency, and are likely to result deviation from the DC treatment in the Usadel equation formalism. Future studies should be conducted to investigate the extent of applicability as well as techniques to adapt the routine to AC applications.