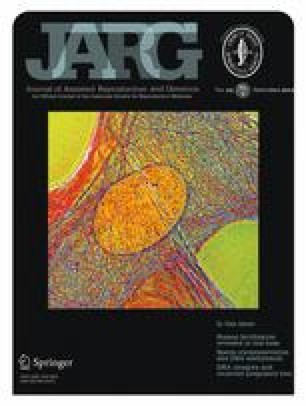 To analyze the fertilization process related to polyspermy block in human oocytes using an in vitro culturing system for time-lapse cinematography.

We had 122 oocytes donated for this study from couples that provided informed consent. We recorded human oocytes at 2,000 to 2,800 frames every 10 s during the fertilization process and thereafter every 2 min using a new in vitro culture system originally developed by the authors for time-lapse cinematography. We displayed 30 frames per second for analysis of the polyspermy block during fertilization.

The present results strongly suggest the existence of a novel mechanism of polyspermy block that takes place at the zona pellucida immediately after fertilization. These findings are clearly different from previous mechanisms describing polyspermy block as the oocyte membrane block to sperm penetration and the zona reaction. The finding presented herein thus represents a novel discovery about the highly complicated polyspermy block mechanism occurring in human oocytes.

Capsule We found that the novel mechanism of polyspermy block which is definitely different from the membrane block or zona reaction in human fertilization process using time-lapse cinematography.

Preliminary results of this study have been presented at the 65th annual meeting of American Society of Reproductive Medicine (ASRM) in 2009 and 3rd Congress of the Asia Pacific Initiative on Reproduction (ASPIRE) in 2010.

The development of assisted reproductive technology (ART) has recently enabled the direct observation of human oocytes, revealing various mysterious phenomena involving the beginning of life. However, it is undeniable that frequent microscopic examinations of human early embryos may have negative effects on them, making it difficult to obtain reliable detailed information of human embryonic development from still images. We therefore developed an in vitro culture system for time-lapse cinematography (TLC), based on Payne et al. [13], to analyze the morphologically dynamic events occurring during early human embryonic development. This system enables non-invasive and continuous imaging of human oocyte fertilization and embryonic development.

Our previous dynamic analyses of the fertilization process in human oocytes and of human embryonic development using the in vitro TLC system [12] confirmed for the first time the detailed time course of sequential events during embryonic development and revealed novel phenomena [fertilization cone, cytoplasmic strand, and splitting of the inner cell mass (ICM)] under culture conditions in vitro [Supplementary Movie 1 (Online resource 1)]. Our further observation of the movie revealed another novel phenomenon that is likely to be involved in the mechanism of polyspermy block, wherein once the leading sperm has penetrated the zona pellucida (ZP) and attached to the oocyte membrane, any following sperm within the ZP stop penetrating immediately. To date, two types of polyspermy block were thought to exist in marine animals and mammals, including human (“oocyte membrane block” and “zona reaction”). In addition, the “oocyte membrane block” occurs in seconds, while an oocyte membrane depolarization block has not been detected in studies of mammalian oocytes [9]. We therefore consider that the phenomenon described herein differs from previously proposed mechanisms for polyspermy block [3,4], prompting us to re-analyze all of our TLC data covering the fertilization process. Herein, we provide the results of this second detailed TLC analysis, which we believe confirms the existence of a novel mechanism for the prevention of polyspermy.

The in vitro culture system for TLC has been described in detail elsewhere [12]. In brief, we used an inverted microscope (IX-71; Olympus, Tokyo, Japan) with Nomarski differential interference contrast optics (Olympus) and a micromanipulator (Narishige, Japan), which was covered by a handcrafted acrylic chamber. Our system also contained a small acrylic chamber surrounded by a small waterbath on the stage of the microscope, into which a glass Petri dish containing a microdrop of culture medium (5 μl) was placed. Humidified CO2 gas was infused into the chamber through the waterbath. The volume of flowing CO2 and temperature within the chamber were adjusted to give the optimal values (temperature, 37.0 ± 0.3 °C; pH, 7.37 ± 0.03). The inverted microscope was equipped with a CCD digital camera (Roper Scientific Photometrics, Tucson, AZ) connected to the computer and display by MetaMorph (Universal Imaging Co, Downingtown, PA) (Fig. 1).

Digital images of the cultured embryos were acquired for approximately 40 h by using an exposure time of 50 μs. In total, approximately 2,000–2,800 frames were taken during the observation period. We displayed movies at 30 frames per second to analyze the fertilization process and elucidate the mechanism of polyspermy block.

Before the commencement of TLC observation, we mechanically and gently removed the cumulus cells from around the oocytes, so as not to damage the tails of the sperm that penetrated into the ZP, at 1 h after the in vitro insemination (approximately 50 × 103 sperm per oocyte). Images were acquired at 10-s intervals for the first 2 h, and thereafter at 2-min intervals, based on our preliminary study that showed most of the sperm penetrating the ZP within 3 h after the in vitro insemination.

Oocytes were collected from 122 couples after receiving informed consent, from July 2004 to December 2011. One oocyte was randomly selected from each couple and 122 oocytes were tested. In the TLC images obtained from these oocytes, penetration of the leading sperm into the ZP and attachment to the oocyte membrane was confirmed in the 22 oocytes. Among these, only three oocytes showed both the leading and following sperms within the ZP in the same frame, and these TLC data were therefore used to evaluate the dynamic changes in both sperms until the leading sperm attached to the oocyte membrane during the fertilization process.

The ethics committee of the Japanese Institution for Standardizing ART (JISART) approved our study protocol.

The present work analyzed TLC imaging of the fertilization process in human oocytes. We revealed a novel phenomenon that is likely to be associated with the polyspermy block in human oocytes. This new mechanism involved cessation of the following sperm penetrating the ZP within 10 s of the leading sperm penetrating the ZP and attaching to the oocyte membrane. This was despite the following sperm retaining active tail movement and both sperm traveling at a similar velocity within the ZP before penetration. The behaviors of the leading and following sperm were identical among the three oocytes imaged and analyzed. The difficulty in obtaining TLC images in which both the leading and following sperm within the ZP were clearly identified precluded analysis of their respective behaviors in more than three oocytes.

Achieving normal fertilization of a single egg by a single sperm is core to life in many sexually reproducing animals, including humans. In most mammalian reproduction processes, huge numbers of sperm are ejaculated into the female reproductive tract (ratio of sperm to oocyte is approximately 109:1); however, the vast majority of sperm are rapidly eliminated from the female tract [15]. It is thought that polyspermy is usually prevented by a decreased number of sperm reaching the Fallopian tube and a block mechanism in the fertilized oocyte [4].

In this context, it is also thought that in vitro fertilization (IVF) involves different mechanisms from the normal in vivo process in mammals. In particular, successful fertilization in vitro of a single oocyte requires a large number of motile sperms, and thus there is always the possibility that more than one sperm could penetrate the ZP and reach the oocyte [10]. However, between a healthy mature ovum and a healthy sperm, normal fertilization of a single egg by a single sperm occurs at a relatively high rate, which can also be confirmed easily in the environment of IVF. There are also many clinical cases of polyspermy that are attributable to the penetration of excess sperm after IVF [2,14].

Hundreds of articles have been published on the process of fertilization and polyspermy block in marine animals and mammals including human [2, 3, 4]. Two types of mechanisms for polyspermy block have been reported: the “oocyte membrane block” to sperm penetration and the “zona reaction”. The former involves a depolarization of the oocyte membrane caused by the influx of Na+, which changes the potential of the oocyte membrane from negative to positive [1]. This change in potential prevents any following sperm from attaching to the oocyte membrane, transiently contributing to polyspermy block. The “oocyte membrane block” or so-called “fast block” to polyspermy occurs in seconds [6, 7, 8]; however, it was unlikely to be involved in “fast block” to polyspermy in the fertilization process in mammals [9]. The second proposed mechanism involves a Ca2+ oscillation event activated by attachment of the sperm to the oocyte membrane. The subsequent increase in intracellular Ca2+ concentration triggers the exocytosis of cortical granules (approximately 1 μm in diameter) from just below the oocyte membrane into the perivitelline space. Enzymes such as hydrolase, proteinase, and peroxidase, which are contained in the cortical granules, prevent the penetration of following sperm by modifying the structure of the sperm receptors such as ZP2 and ZP3 (“slow block” to polyspermy) and by hardening the ZP [5,11]. This “slow block” occurs within approximately 5 to 8 min of oocyte activation and is considered the main mechanism of polyspermy block in humans; however, the mechanistic details of this process remain largely unclear in human [5,11].

It is true that the TLC analysis presented here still does not exactly represent the in vivo situation. Nevertheless, we believe that these morphological data reveal a novel system for polyspermy block that could occur in human oocytes, and that the images analyzed represent the true dynamic physiology of the human fertilization process. We believe that a novel mechanism of polyspermy block takes place in the ZP, which differs from both the oocyte membrane block to sperm penetration (“fast block” to polyspermy) and the zona reaction (“slow block” to polyspermy) (Fig. 4).

We are planning to elucidate the details of this novel mechanism by further observing the fertilization process of human oocytes using our TLC system.

We would like to express particular thanks to D. Payne and S. Flaherty in Adelaide, Australia for their invaluable support in developing a new in vitro culture system for time-lapse cinematography. We would like to especially thank N. Murakami for image editing. This work was supported by the Reproductive Centre, Mio Fertility Clinic.

This is the first movie to successfully demonstrate the dynamic process of fertilization in human oocytes in vitro [12] whereby once the leading sperm was attached to the oocyte membrane, the following sperm stopped further penetration within the ZP. This phenomenon prompted our hypothesis that a novel mechanism could exist for the polyspermy block in the human fertilization process. (MPG 12897 kb)

The penetration of the following sperm in this case was also inhibited within 10 s after the attachment of the leading sperm to the oocyte. (MPG 2243 kb)

This movie represents the same TLC imaging data used to make Movies 2 and 3. It shows that even though the tail of the following sperm was still moving actively, the sperm did not penetrate further. (MPG 2680 kb)