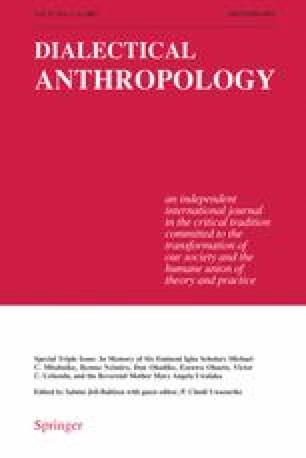 Stanley Diamond opens his essay with a euphoric statement by C.O. Ojukwu, the leader of Biafra, who defined Biafra’s endeavour and its relevance to pan-Africanism as the “potential of the black man ... the breaking of the chains” that would demonstrate that the “basis of neo–colonialism has been removed; which is continued economic dominance,” in 1969. This historic milestone still has not been achieved as we concur with the author who in 1970 went on to analyze the reasons for this failure within the context of the larger global frame of reference as applied to the local scene in Nigeria. Diamond’s analysis is still valid and even increasingly relevant in view of globalization, ongoing wars, and current geo-strategic and oil interests confronting our world today. The Igbo people in general and their intellectuals—including the honourees of this special issue—were all affected by the struggle over Biafra in one way or the other.

The article is divided into four segments: The first part begins with the defeat of Biafra by Nigeria’s federal forces and offers an account of the Igbo people’s heroic struggle against overwhelming military and economic powers, contextualized within global strategic and business interests. Biafra was indebted to no European country for support, bought whatever supplies were available from just a few sources—some African countries, Portugal, China, and the Czech Rep., and from private companies—all with cash. Biafra largely manufactured her own arms, and received only non-political Joint Church Aid assistance. Nigeria, on the other hand was aided by both Russia (then the Soviet Union), and the North-Atlantic Alliance (particularly Nigeria’s former colonial master, Britain)—as well as by much of Moslem North Africa, with Egyptian pilots flying Russian-made MIGs against the breakaway enclave which had no air force of its own. The humanitarian disaster unfolding in Biafra where 2 million people were killed and a generation of children was starved to death was grossly ignored and understated by the world powers.

The second part examines British support for Nigeria against her post-colonial history and political development on the one hand, and the Igbos' ethnic and cultural idiosyncrasies on the other. Diamond characterizes the Igbo people as pan-Africanist nation builders, who were originally in strong support of a Nigeria they conceived as universal and egalitarian, but who later became disenchanted with the country’s post/neo-colonial developments, He accounts for the subtleties of the Igbo language and praises the culture as exceedingly democratic, exhibiting gender equilibrium, resisting foreign domination, despising acculturation, displaying restiveness under British oppression, yet endowed with a passion for modern education, He notes that Igbos made up for 2/3 of all Nigerian students in the USA’ a dynamic group committed to upward social mobility. Despite his dated terminology—writing of the “lbo” rather than the “Igbo” and characterizing then civilization as “primitive,”1—Diamond’s admiration and sympathy for the Igbo people and their culture is clearly evident. He further identifies Nigeria’s internal cultural dynamics and especially the differences between her feudal North and democratic Southeast, as an economic threat to the Nigerian federation and thus to foreign - especially British - economic and strategic interests. To Diamond, this is the overriding rationale behind the overwhelming foreign support for the federation.

The article’s third part further analyzes foreign interests and politics and their bearing on the conflict over Biafra. In particular, Russian and British geo-political strategies emerge as competing in outdoing each other over their support of and friendship with Nigeria’s Islamic

North in an effort to cement their relations to the Mediterranean Islamic associations, whereby oil interests became intensified, even though they were not the primary cause of the conflict over Biafra. China mostly expressed sympathy for Biafra and emerged as the ideological winner over Russia’s declared materialist goals.

In the fourth section, Diamond concludes that the Nigerian civil war was not only an example of biological, but also cultural, genocide, aiming not only at the physical extinction of Biafra, but as well the collapse of the Igbo universe, because of the cultural possibilities of the Igbo as a people,

Luckily, the Igbo people are well and alive today, striving throughout the world, and as resiliently as ever pursuing their careers, cherishing and grooming their language and their culture—37 years after Biafra.

The late Stanley Diamond has founded this journal, Dialectical Anthropology. He was Professor and Chair, Anthropology Program of the Graduate Faculty at the New School for Social Research (The New School University) in New York City. Stanley Diamond was one of the few Americans to visit Biafra during the Nigerian civil war and report on the conditions there. Stanley Diamond, “Who Killed Biafra?” First published by The New York Review of Books, Volume 14, February 26, 1970. An exchange of responses to this article followed and can be found online at: www.nybooks.com.