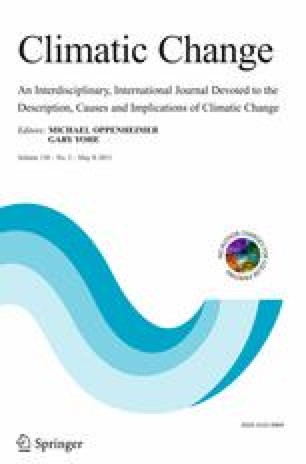 Injecting sulfate aerosols into the stratosphere could quickly offset global warming caused by anthropogenic greenhouse gas emissions. Because the technology would have global side effects, it raises not only technological but also political, ethical, and social concerns. Therefore, research on sulfate injection should be accompanied by a global debate that incorporates public perceptions and concerns into the development and governance of the technology. Our paper provides insight into public perceptions and explores their underlying patterns using a survey conducted in Germany. The data reveal a differentiated picture. Laboratory research on sulfate injection is broadly approved, whereas field research is much less approved. Immediate deployment is largely rejected. The acceptance of the technology is associated with the belief that climate change is a serious problem and that humans will eventually be able to control nature. It is also determined by the levels of trust in scientists and firms. Among the strongest objections against the technology is the belief that humans should not manipulate nature in the way injecting sulfate would. The actual public perceptions of sulfate injection will, however, evolve along with the ongoing debate between the public, experts, and policymakers.

Risk Aversion Online Appendix Public Perception Slippery Slope Governance Framework
These keywords were added by machine and not by the authors. This process is experimental and the keywords may be updated as the learning algorithm improves.

This paper is part of the project ACCEPT which is funded by the German Federal Ministry for Education and Research (grant number 01LA1112A). We would like to thank three anonymous reviewers, Ashley Mercer, Nick Pidgeon, Andreas Oschlies, Gernot Klepper, Wilfried Rickels, Dorothee Amelung, and Timo Goeschl for their helpful comments and suggestions. We also thank participants of an IASS seminar, the Oxford Summer School on Geoengineering Research, and research seminars in Kiel. Furthermore, we want to thank Swantje Sundt for valuable research assistance.

Slide 1 Sunlight warms the Earth and the Earth’s atmosphere. Greenhouse gases in the atmosphere, such as CO2, ensure that a certain amount of heat remains close to the Earth’s surface. This makes the Earth warm enough for humans, animals, and plants to survive.

Slide 2 Since the beginning of industrialization around the year 1850, humans have emitted large amounts of greenhouse gases, for example, by burning coal, oil, and gas. These gases trap additional heat in the atmosphere and cause a gradual increase in the average global temperature.

Slide 3 – 8 Since 1900, the global temperature has risen on average by approximately 0.8°C. Almost all countries agree that the increase in the average global temperature should not exceed 2°C compared to the temperature at the beginning of the industrialization. This is referred to as the 2°C goal. A future temperature increase between 0.9°C and 5.4°C is expected by 2100. The outcome depends especially on the amount of greenhouse gases emitted in the future. To reach the 2°C goal, the current level of emissions would have to decrease by more than half by 2050. By 2100, almost no greenhouse gases should be emitted.

Slide 9 Climate change will almost certainly cause a rise in sea levels. It is very likely that both the frequency of heat waves and the number of heavy precipitation events will increase in many regions. In the future, it is likely that more areas will be affected by longer droughts and that the frequency and the intensity of tropical cyclones will increase. In addition, because oceans absorb some of the CO2 in the atmosphere, they will become more acidic.

Slide 10 There are different ways to deal with climate change: We can reduce greenhouse gas emissions or adapt to the new climate – for example, by building dikes or using more robust plants in agriculture. Another option is to reduce the global temperature by deploying solar radiation management (SRM).

Slide 11 Through SRM, a portion of the sunlight is reflected before it can warm the Earth. This can be achieved by, for example, spraying sulfate particles into the atmosphere at a high altitude. A similar phenomenon is observed in nature. When large volcanoes erupt, similar particles are distributed across wide areas of the Earth’s atmosphere, which cools the Earth.

Slide 12 The particles remain in the higher regions of the atmosphere for about two years. To prevent the Earth from heating up again, spraying would have to be continued until the cause of global warming is removed. Because the emitted CO2 stays in the atmosphere for a very long time, SRM might have to be used for several centuries. Ocean acidification will not be halted by using SRM. However, the 2°C goal could be met regardless of future greenhouse gas emissions by deploying SRM. Currently, researchers are investigating the risks, benefits, and feasibility of SRM.

Slide 13 The use of SRM entails benefits as well as risks. One benefit is that global warming might be slowed more quickly compared to cutting greenhouse gas emissions. This would provide mankind with additional time to remove the cause of climate change, i.e., the high concentration of greenhouse gases in the atmosphere. Massive and irreversible changes in the climate could be stopped before too much damage is done. Furthermore, it would be possible to stop climate change even if certain countries refused to reduce their greenhouse gas emissions. Deploying SRM would be cheaper than reducing the consumption of fossil fuels.

Slide 14 The risks include a change in the amount of precipitation in most regions. In particular, arid regions would have to cope with even less rain. If the deployment of SRM were suddenly halted, the global temperature would rise abruptly. The speed of this temperature rise might lead to severe problems for humans and the environment. Because possible side effects would occur across international boundaries, the use of SRM might cause international conflicts. Once used, SRM might take away people’s motivation to change their lifestyle and the emission of greenhouse gases would continue to increase. Furthermore, there would be the threat of other unknown and unforeseeable risks.