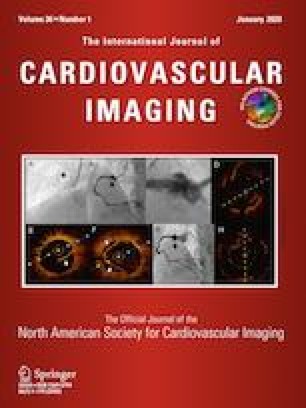 Cardiovascular magnetic resonance feature tracking (CMR-FT) is a novel technique for non-invasive assessment of myocardial motion and deformation. Although CMR-FT is standardized in humans, literature on comparative analysis from animal models is scarce. In this study, we measured the reproducibility of global strain under various inotropic states and the sample size needed to test its relative changes in pigs. Ten anesthetized healthy Landrace pigs were investigated. After baseline (BL), two further steps were performed: (I) dobutamine-induced hyper-contractility (Dob) and (II) verapamil-induced hypocontractility (Ver). Global longitudinal (GLS), circumferential (GCS) and radial strain (GRS) were assessed. This study shows a good to excellent inter- and intra-observer reproducibility of CMR-FT in pigs under various inotropic states. The highest inter-observer reproducibility was observed for GLS at both BL (ICC 0.88) and Ver (ICC 0.79). According to the sample size calculation for GLS, a small number of animals could be used for future trials.

S. Kelle and A. Alogna have equally contributed to this work.

Myocardial strain has been demonstrated as an effective method for the assessment of the regional myocardial function and deformation, and in particular, the cardiovascular magnetic resonance (CMR) tissue tracking approach has been established as a technique comparable to the highly validated speckle tracking echocardiography [19]. CMR feature tracking (CMR-FT) is a relatively novel technique that focuses on endocardial and epicardial contouring and is able to detect the contrast between myocardium and blood pool [4, 14]. CMR-FT has been validated against myocardial tagging technique for the assessment of regional myocardial motion in humans [8, 12, 17]. As every new technique CMR-FT has been widely tested for reproducibility, and what has been already shown in human is the excellent inter- and intra-observer reproducibility, for different parameters and at different field strength MRI scanners [13, 20, 21]. However, since CMR is becoming widely utilized in animal research, there is a lack of standardization, a lack of reference databases and a lack of reproducibility studies. For this reason, a previous study from our group demonstrated the high reproducibility of strain measurements through feature tracking in a model of small animals (mice) which has already been acknowledged in the recent guidelines for animal research [9, 10]. Nonetheless, the main limitation of this previous study was indeed the model, recognized to be not translational enough for a comparison with the humans, in particular regarding the assessment of myocardial function. Large animals, such as Landrace pigs, are instead more suited to investigate myocardial function under various pharmacological interventions given a cardiac anatomy and physiology closer to humans. There is only one study in the literature that has assessed the reproducibility of myocardial deformation parameters in large animals (macaque) [15] and no studies have performed such an analysis in pigs. Accordingly, we performed this preliminary study to evaluate inter- and intra-observer reproducibility of CMR-FT derived strain measurements in a porcine model of pharmacologically induced hyper- and hypo-contractility. Furthermore, we performed a sample size calculation based on global strain values useful to define the number of animals required for future studies.

Data from ten landrace pigs were selected from an ongoing experiment at our center. The experimental protocols were approved by the local bioethics committee of Berlin, Germany (G0138/17), and conform to the “European Convention for the Protection of Vertebrate Animals used for Experimental and other Scientific Purposes” (Council of Europe No 123, Strasbourg 1985).

Briefly, female Landrace pigs (n = 10, 51 ± 10 kg) were fasted overnight with free access to water, sedated and intubated on the day of the experiment. Anesthesia was continued with isoflurane, fentanyl, midazolam, ketamine and pancuronium. Pigs were ventilated (Cato, Dräger Medical, Germany) with a FiO2 of 0.5, an I: E-ratio of 1:1.5, the positive end-expiratory pressure was set at 5 mmHg and a tidal volume (VT) of 10 ml kg−1. The respiratory rate was adjusted constantly to maintain an end-expiratory carbon dioxide partial pressure between 35 and 45 mmHg. Under fluoroscopic guidance all animals were instrumented with a floating balloon catheter in the right atrium as well as in the coronary sinus (Arrow Balloon Wedge-Pressure Catheters, Teleflex Inc USA). In order to avoid MRI artefacts, the balloon-tip was cut before introducing the catheters in the vessel. Respiratory gases (PM 8050 MRI, Dräger Medical, Germany), heart rate and arterial blood pressure continuously monitored. Body temperature was monitored by a sublingual thermometer and was maintained at 38 °C during CMR imaging via air ventilation and/or infusion of cold saline solution. The experimental setup can be visualized in Fig. 1a, b.

After acute instrumentation the animals were transported to the MRI facility for measurements, pigs were ventilated with an MRI compatible machine (Titus, Dräger Medical, Germany) (see Fig. 1c, d). After baseline measurements (BL), two steps were performed: (I) dobutamine-induced hypercontractility (Dob) and (II) verapamil-induced hypocontractility (Ver). At each protocol, MRI images were acquired at short axis (SAX), two chambers (2Ch), three chambers (3Ch) and four chambers (4Ch) views. After the MRI measurements were concluded the animals were transported back to the operating room for sacrifice.

All images were analyzed offline using commercially available software (Medis Suite, version 3.1, Leiden, The Netherlands) in accordance to recent consensus document for quantification of LV function using CMR. In the strain analysis were included 2Ch, 3Ch and 4Ch cine images, and respectively, three preselected mid-ventricle slices from the LV short-axis stack. The endocardial and epicardial contours drawn on cine images with QMass version 8.1 were transferred to QStrain RE version 2.0, where after the application of tissue tracking algorithm endocardial and epicardial borders were detected throughout all the cardiac cycle. These long-axis cine images were further used to compute global myocardial longitudinal (GLS) strain and short-axis images were used to compute circumferential (GCS) and radial (GRS) strain and strain-rate. The global values were obtained through averaging the values according to an AHA 17 segments model, apex being excluded, as follows: GCS and GRS from averaging CS and RS for 6 basal, 6 mid and 4 apical segmental individual values; GLS from 2Ch, 3Ch and 4Ch averaging 6 basal, 6 mid and 4 apical segments using a bull-eye view.

Data were analyzed using Microsoft Excel and IBM SPSS Statistics version 23.0 software (SPSS Inc., Chicago, IL, USA) for Windows. Figures 1, 2, 3, 4 were made with Microsoft PowerPoint version 17, while Figs. 2, 3 were made with GraphPad Prism version 8. All data are presented as mean ± SD. Data between groups at different inotropic states were analyzed by one-way ANOVA for repeated measurements. Post-hoc testing was performed by Tukey’s test. A p-value < 0.05 was considered significant.

Data are expressed as mean ± standard deviation (SD). The Shapiro–Wilk test was used to determine whether the data were normally distributed. Nonparametric variables were compared using the Wilcoxon test. A p-value of < 0.05 was considered statistically significant. Inter- and intra-observer reproducibility was quantified using intra-class correlation coefficient (ICC) and Bland–Altman analysis (13). Agreement was considered excellent for ICC > 0.74, good for ICC 0.60–0.74, fair for ICC 0.40–0.59, and poor for ICC < 0.40 (14). To assess intra-observer agreement data analysis was repeated after 4 weeks. All the operators took the measurements twice and the average values were taken.

Study sample size required to detect a relative 5, 8 and 10% change in strain with power of 80% and significance of 5% was calculated as follows (15):
$${\text{n}}\, = \,{\text{f}}\left( {\alpha ,\,{\text{P}}} \right)\sigma 2/\delta$$
where n is the sample size, α the significance level, P the study power required and f the value of the factor for different values of α and P (f = 10.5 for α = 0.05 and p = 0.080), with σ the standard deviation of differences in measurements between two studies and δ the desired difference to be detected. Sample size calculation was performed for baseline values only.

Inter-observer and intra-observer reproducibility for GLS, GCS and GRS

The change in reproducibility has an impact on the sample size required to detect significant differences in strain parameters. Table 4 lists the required sample sizes for each strain-derived parameter. For example, to show a relative 10% change in GLS in pigs would require five animals (not measures—Fig. 4). In contrast, 20 pigs are required to detect a 5% change in GLS with CMR-FT (power of 80% and α error of 0.05).
Table 4

Sample size calculation for GLS, GCS and GRS (baseline measurements) to detect the desired % relative change with 80% power and α error of 0.05

The mean difference is calculated from the inter-observer mean difference analysis. The pooled SD has been obtained by applying Cohen formula: SDpooled = √ (SD12 + SD22)−1

Global LV strain parameters analyzed by CMR-FT analyzed in a large animal model (pig) of hyper- and hypo-contractility are highly reproducible. The most reproducible measures are global circumferential and global longitudinal strain, whereas reproducibility of radial strain is weak. Sample size calculation are an essential tool that could help to reduce the number of animal experiments and databases on large animals can be used as a platform to test the effect of novel compounds.

All institutional and national guidelines for the care and use of laboratory animals were followed and approved by the appropriate institutional committees. The experimental protocols were approved by the local bioethics committee of Berlin, Germany (G0138/17), and conform to the “European Convention for the Protection of Vertebrate Animals used for Experimental and other Scientific Purposes” (Council of Europe No 123, Strasbourg 1985).