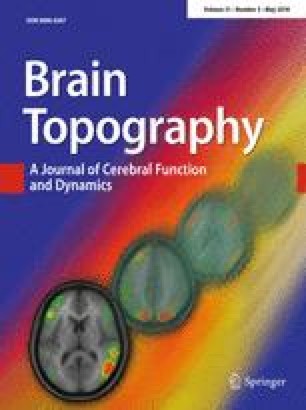 This study was partly funded by an Enterprise Ireland (eBiomed: eHealthCare based on Biomedical Signal Processing and ICT for Integrated Diagnosis and Treatment of Disease), a Science Foundation Ireland grant to R.B. Reilly (09/RFP/NE2382), an IRCSET grants to H. Kiiski and S. Ó. Donnchadha (http://www.ircset.ie), a Health Service Executive funding to M.C. O’Brien and a Science Foundation Ireland grant to R. Whelan (16/ERCD/3797). The study sponsors had no involvement in the collection, analysis and interpretation of data and in the writing of the manuscript.

All procedures performed in studies involving human participants were in accordance with the ethical standards of the institutional and/or national research committee (the Ethics and Medical Research Committee of the St. Vincent’s Healthcare Group) and with the 1964 Helsinki declaration and its later amendments or comparable ethical standards.

Written informed consent was obtained from all individual participants included in the study on each testing occasion.

The dataset is initially divided into ten cross-validation (CV) folds. The entire analysis is performed ten times, using 90% of the dataset (the training set) to create a regression model which is then tested on the remaining 10% of the data (the test set). Within the training set, additional ‘nested’ cross-validation with ten partitions is used to support the analyses at the feature selection and model optimisation level. Results from all ten CV folds are finally aggregated, using the frequency with which a variable is found in models from different CV folds as a measure of its robustness.

Taken together t mse and t stability define how high the individual predictive power of each feature in the knowledge base is, and how stable results with each feature are across subsets of the sample. The creation of these thresholds serves the purpose of integrating the choice of the criterion used to select features from the filtering step into model selection, eliminating researcher input at this point.

The feature sets which are created in the first analysis step are used as inputs into a model optimisation algorithm. We chose to use Elastic Net regularisation (Zou and Hastie 2005), but the feature selection framework can be adapted for use with other optimisation algorithms. The Elastic Net uses two parameters: λ and α. Alpha represents the weight of lasso vs. ridge regularisation which the Elastic Net uses, and λ is the regularization coefficient. Both Lasso and Ridge regression apply a penalty for large regression coefficient values, but Lasso regularization favours models with fewer features, making it more prone to excluding features. Eight values of each are considered, resulting in 64 models being built with each feature set, resulting in a total of 6400 models. For each of these models the prediction error is measured using the same root mean squared error criterion which was used to assess the feature mse. For each model an updated feature set is saved, which excludes any features that were excluded by the Elastic Net.
$${d}_{m,n}\left({t}_{mse}, { t}_{stability}, \alpha , \lambda \right)\subseteq {D}_{m}\left({t}_{mse}, { t}_{stability}\right)$$

Calculations in the thresholding and model optimisation step are validated using 25-fold bootstrap aggregation (bagging). Instead of performing the analysis once using all data, summary datasets are created by randomly sampling on average two-thirds of the data in each iteration. Results from each iteration are aggregated using the median value. A feature was removed after the model optimization step if the Elastic Net removed the feature in more than half of all bagging iterations. As bagging greatly increases the computational expense we also tested the method without bagging.

After the model optimisation step, the combination of model parameters and thresholds which resulted in the model with the lowest prediction error is identified for each nested CV partition. The optimal model parameters and thresholds from each nested CV partition are used to identify what parameters will be used to create the final prediction model in each main CV fold, using the most frequently occurring values of α, λ, t mse and t stability . To select the features to include in the final model for each CV fold, the stability of all features that were included in the updated feature sets at the optimal prediction error and stability thresholds is re-calculated.
$${Stability}_{m}\left(f\right)= \left|\left\{n \right|f\in {d}_{m,n}\left({t}_{mse}, { t}_{stability}, \alpha , \lambda \right)\} \right|$$
Only the features that were included in at least as many of the ten models with optimal parameters as specified by the optimal stability threshold are used to create the feature set for the final model.
$${FeatureSet}_{m}=\left\{f \right| {stability}_{m}\left(f\right)\ge {t}_{stability}\}$$

It is possible that this implementation of the stability threshold does not leave any features for inclusion in the model. Should this be the case the closest possible parameter combination is used to create the feature set.

Performing model selection as an integrated step within the CV framework is an essential step in preserving the external validity of the resultant model (Cawley and Talbot 2010).