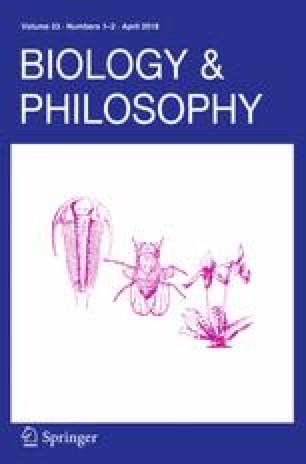 A pragmatic approach to the possibility of de-extinction

A number of influential biologists are currently pursuing efforts to restore previously extinct species. But for decades, philosophers of biology have regarded “de-extinction” as conceptually incoherent. Once a species is gone, it is gone forever. We argue that a range of metaphysical, biological, and ethical grounds for opposing de-extinction are at best inconclusive and that a pragmatic stance that allows for its possibility is more appealing.

But then later there’s running and then screaming…”

A shorter, ancestral version of this paper was presented by MHS at the 2017 Pacific APA in Seattle, WA and in the “Classification in Biological Practice” workshop organized at the Vrije Universiteit Amsterdam in April 2017. MHS is grateful to participants in both audiences for helpful comments and questions on those occasions and in particular to David Ludwig, Maureen O’Malley, Thomas Reydon, and Ken Shockley; Matt Barker and Neil Williams also provided helpful written comments on a subsequent draft. HC was the commentator assigned at the APA whose constructive comments and extensions were subsequently collaboratively woven through the paper as a new, joint version. The paper is thus fully collaborative.