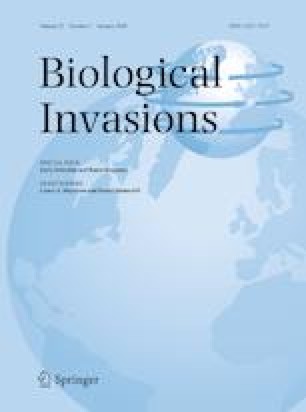 Since 2007, the non-indigenous calanoid copepod Pseudodiaptomus marinus Sato, 1913 has been increasingly recorded in numerous European sites, spreading at an unexpectedly fast pace over a short time-span. This species presents specific biological and behavioural traits which make it of particular interest for ecological and applied research topics. On 29–30 January 2018, 29 scientists from nine European Countries established the EUROBUS (Towards a EURopean OBservatory of the non-indigenous calanoid copepod Pseudodiaptomus marinUS) Working Group (WG). This WG aimed at creating a European network of institutions and researchers working on the various aspects of the biology and ecology of P. marinus, with an open forum where sharing experience and know-how among WG participants. This brought to an updated distribution map of P. marinus in European waters, as well as to the identification of priority research lines and potential joint initiatives under the WGEUROBUS umbrella. This contribution, stemming from the experts participating at the WG, represents the manifesto of the current and future initiatives developed within WGEUROBUS.

The authors thank the WGEUROBUS of the International Council for the Exploration of the Sea (ICES) for facilitating this research. The workshop held in Naples in January 2018 was financially and logistically supported by SZN (Stazione Zoologica Anton Dohrn, Italy); financial support was also provided by SIBM (Italian Society of Marine Biology; Italy) and CoNISMa (National Inter-University Consortium for Marine Sciences; Italy). WGEUROBUS activities were also endorsed by SAHFOS (Sir Alister Hardy Foundation for Ocean Science; United Kingdom), WAC (World Association of Copepodologists; USA) and MOTax Service at SZN. MU was supported by a SZN internal Grant; MU thanks G. Boxshall for sharing information on benthic copepods morphology and Mark Pottek for the design of the WGEUROBUS cartoon. MW and MB thank the owners and crews of the ships that tow the CPRs on a voluntary basis and all the past and present CPR analysts who have contributed to the CPR dataset. The study realized in Berre Lagoon (France) was supported by the GELAMED project (MEEDDM—Ministere de l’Ecologie, de l’Energie, du Développement Durable et de la Mer, Programme 189—«Recherche» 18902 C) and Total Foundation (P.I.: D. Bonnet) and by a PhD fellowship for FD from the Provence-Alpes-Côte d’Azur Region. IMBR researchers (AG, OG, EH and AK) were supported by RAS projects Nos. AAAA-A18-118021350003-6, AAAA-A18-118021490093-4 and AAAA-A18-118020790229-7. AG, OG and EH would like to express their sincere gratitude to E. Popova for assistance in sample analysis. The collection of part of the samples from the Western Adriatic has been funded by the MEDIAS GSA 17 research project in the framework of the EC—MIPAAF Italian National Data Collection Program and by the Flagship Project RITMARE—The Italian Research for the Sea—coordinated by the Italian National Research Council and funded by the Italian Ministry of Education, University and Research. VT, AdO and AG thank D. Borme, the crew members of the R/V “G. Dallaporta” and the whole OGS staff for the help in the collections of samples, T. Juretić for the assistance in sample analysis, and colleagues F. Grilli (ISMAR-CNR), M. Kralj (OGS) and M. Giani (OGS) for temperature and salinity data. EC, AdO, IDC, AG, MGM, MP and VT are grateful to LTER-Italy (Italian Long-Term Ecological Research Network) for their support. While it is not possible to mention all the individuals who have contributed to the maintenance of LTER activities (researchers, technicians, and students), these authors wish to acknowledge and emphasize that all of them are vital contributors to the LTER programme and to its collaborative and collective nature. SCM and JF thank the support of Fundação para a Ciência e Tecnologia (FCT), through the strategic project UID/MAR/04292/2019 Granted to MARE and the Grant awarded to SCM (SFRH/BPD/110400/2015), ALP (SFRH/BPD/91030/2012) and JF (SFRH/BD/140876/2018). OV is indebted to Croatian Environmental Agency (HAOP) for the financial support in attending WGEUROBUS workshop. OV, NB, TD and SR thank the “Croatian waters” company and G. Kušpilić, the coordinator of WFD monitoring of coastal and transitional waters, for the possibility of collecting zooplankton samples during the cruises. OV, NB, TD and SR also thank the colleagues B. Grbec and D. Udovičić (Laboratory of Physics, IOF Split) for temperature and salinity data, T. Šegvić-Bubić and I. Mladineo (Laboratory for Aquaculture, IOF Split) for providing help with molecular analysis and crew and technicians of R/V “BIOS DVA” for helping during sampling procedures. FV, AI and IU thank the financial support of the Spanish Ministry of Economy and Competitiveness (CGL2013-47607-R), the Basque Government (IT-778-13 GIC12/03 and IT354-10 GIC10/168) and the University of the Basque Country (UFI11/37) to carry out the monitoring program of the estuaries of Bilbao and Urdaibai, whose data are used for this work. FV, AI and IU also want to thank M. Grande and Z. Barroeta for helping with zooplankton identification. The Corresponding Editor and two anonymous Reviewers gave generously of their time, improving a previous version of the manuscript. The authors also thank: S. Birchenough for insightful comments on an earlier version of the manuscript; M. Hure, N. Makhlouf, M. Nejib Daly Yahia and F. Cicero for sharing unpublished data on P. marinus distribution.