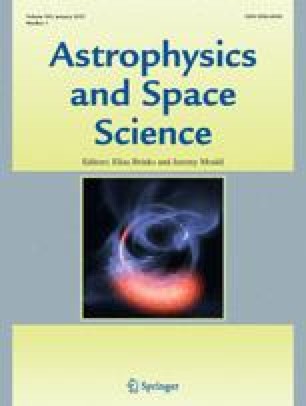 Detailed studies of the weather conditions at many observatories have been published previously. Taylor et al. (2004) studied the observing conditions (the sky brightness and seeing) at the Mount Graham International Observatory, which were obtained at the Vatican Advanced Technology Telescope (VATT) in \(U\), \(B\), \(V\), \(R\) bands between April 1999 and December 2003. Artamonov et al. (2010) used historical data from the 1.5-m AZT-22 telescope to estimate the atmospheric extinction in \(V\) band. Sky brightness and extinction of the Mauna Kea site were studied by Walker (1983), Sayers et al. (2010), and Buton et al. (2013). Falchi (2011) employed a portable CCD camera to obtain the measurement of extinction. Ebr et al. (2015) introduced real-time atmospheric monitoring for the Cherenkov Telescope Array using a wide-field optical telescope. Sharma et al. (2017) described an Automated Extinction Monitor (AEM) for the Indian Astronomical Observatory with a commercially available telephoto lens.

Furthermore, a series of previous works that estimate the quality of observing conditions for Xinglong Observatory (XO) have also been performed. For instance, Liu et al. (2003) and Yao et al. (2013) used data from monitoring Polaris collected from 1995 to 2001 and 2004 to 2007 by the 60/90 cm Schmidt telescope to investigate the atmospheric extinction in \(V\) band, the sky brightness, and the seeing of XO. Zhang et al. (2015) analyzed the astronomical observing conditions (the meteorology, seeing, and sky brightness) of XO from 2007 to 2014 with the Automatic Weather Station (AWS), Differential Image Motion Monitor (DIMM), and Sky Quality Meter (SQM). Zhang et al. (2016) used OMR (a spectrograph made by Optomechanics Research Inc, in Tucson, Arizona) spectra obtained by the 2.16-m reflector (Fan et al. 2016) with a wavelength coverage of 4000–7000 Å to investigate changes in the night sky from 2004 to 2015 at XO. In our work, we not only report variation of the site conditions over a longer time scale (i.e. years), but also provide real-time weather conditions for users of the XO telescopes.

Our work is organized as follows. In Sect. 2, we describe the instruments and telescope control system of the PT. Section 3 gives an introduction to the PAS with the PT. In Sect. 4, we discuss our results and present our conclusions. Finally a brief summary and conclusion are given in Sect. 5.

2 The instruments and telescope control system of PT

The Xinglong 25-cm PT is a German equatorial mount telescope (as shown in Fig. 1) at XO operated by National Astronomical Observatories, Chinese Academy of Sciences (NAOC). The XO is located ∼120 km northeast of Beijing, with an altitude of ∼960 m. The median seeing value of XO is around \(1''.7\) with over one year of statistics compiled in 2014, and the sky brightness at zenith is around 21.1 mag arcsec−2 (\(V\)-band). More detailed information about the observing conditions of XO can be found in Zhang et al. (2015).

3 The PAS with the PT

3.1 Photometric zero-point calibration of the telescope

The following is an example of photometric zero-point calibration. The telescope photometric zero-point calibration is usually performed in photometric nights (the weather was clear and stable during the whole night). In order to do that, some suitable Landolt standards (Landolt 2013) were selected (see Table 1), which were observed on 2018 April 05. Every target was usually observed three times in each filter, and then we moved to another target. These procedures were repeated. Finally, the selected standard stars to be observed should expand to a sky coverage as large as possible. Here, we observed the standard stars in \(g\), \(r\) and \(i\) bands with the PT.
Table 1

Information on the Selected Landolt Standards

The coefficients, standard deviation and RMS of PT photometric system

4 The results and conclusions

The PAS described above shows how to calculate the real time atmospheric extinction with the PT. However, in the actual observations, the PT works in association with a 50-cm telescope most of the time, and does not continuously observe all the night. Therefore, the curve of the atmospheric extinction derived here is not continuous, and there are some gaps in it. For the atmospheric extinction monitoring, only the \(r\) band of the PT was used. Figure 3 shows the statistics of the number of observed nights and observed frames from February 2012 to March 2018 with the PT. From February 2012 to March 2018, we have obtained data covering more than 728 nights, which resulted in a total data size of ∼ 36.30 TB. As long as weather conditions allow for observations, we can observe and obtain the data, which are quite different from traditional extinction measurement. Therefore, for our long-term monitoring, both the photometric nights and non-photometric nights are available, not only at photometric nights. Usually, for each night, ∼ 800 frames of images were obtained.
With these data, we have analyzed the stability of PAS. Besides the photometric night of 2018 April 05, Table 3 lists the other detailed \(r\) band results of the photometric system of the PT in different photometric nights from 2012 to 2018, including the observation dates, the zero points (\(Z\)), the first order atmospheric extinction (\(K\)), the color terms (\(C\)), and the root mean square (RMS). From Table 3, we can obtain a mean value of the zero points of PAS, i.e. \(5.067 \pm 0.017\). As shown in Table 4, we also compare the extinction value of \(r\)-band (the effective wavelength is 612.2 nm Bessell 2005) from PAS and the results from previous works about XO observational weather condition (Johnson-Cousins \(R\)-band, the effective wavelength is 640.7 nm Bessell 2005). In addition, we have compared the results of extinction of PAS with the XO 80-cm telescope (Huang et al. 2012) in the same observation nights. The results are shown in Table 5.
Table 3

The Zero Points, Coefficients, Standard Deviation and RMS of PT Photometric System in different photometric nights from 2012 to 2018

In this paper, we have presented instruments, methods and some related results of the PAS with the PT at XO. This PAS has been operated since February 2012, and we have obtained the \(r\)-band atmospheric extinction of XO from February 2012 to March 2018. From the distribution of atmospheric extinction for these data, we concluded that ∼30% of the observation times at XO are suitable for high-precise photometric observations.

From the results of the PAS with the PT, the atmospheric extinction at XO obtained by us manifests significant seasonal variations. The best situation with the lowest atmospheric extinction occurs in October, and the worst appears in May and June when the local area suffers serious sand storms, which is consistent with previous works. In addition, we found that for the time near twilight, the extinction value is less than that at midnight.

The PAS is used to observe the standards and collect real-time data on the atmospheric extinction. For sky survey, you can use this to judge the weather conditions of that night, such as the Large Sky Area Multi-Object Fiber Spectroscopic Telescope (LAMOST) can use this to data correction or judge the weather conditions of that night. It is quite crucial for time-domain observations, such as for the 85-cm, 80-cm and 60-cm telescopes and other telescopes at XO. If the light curve changes, it is possible to roughly judge whether the change in light curve is caused by the atmospheric extinction or not.

The monitoring of real-time atmospheric extinction is quite important for astronomical observatories, and it provides a reference to other telescopes for adjusting the observing strategies, such as changing the exposure time, which is important and useful for observers. On the other hand, the atmospheric extinction curve can reflect the long term variation of site conditions, not only for the purposes of monitoring, but also for scientific reference. In the next step, we will monitor the atmospheric extinction in other bands with longer time scale, which can provide more useful reference for the observations in XO. In addition, the historical and real time extinction will available to the public at our website of XO.3

We thank the anonymous referee for his/her suggestive comments that helped improve the manuscript. This work is supported by the Open Project Program of the Key Laboratory of Optical Astronomy, National Astronomical Observatories, Chinese Academy of Sciences, the grants from Joint Research Fund in Astronomy National Natural Science Foundation of China (No. U1831209), National Program on Key Research and Development Project Grant No. 2016YFA0400804, National Key Basic Research Program of China (973 Program) No. 2015CB857002, and the National Natural Science Foundation of China (NFSC) through grants 11503045, 11373003. We also thank James Wicker, for improving the language aspects in this manuscript.

The author declares to have no conflicts of interest.