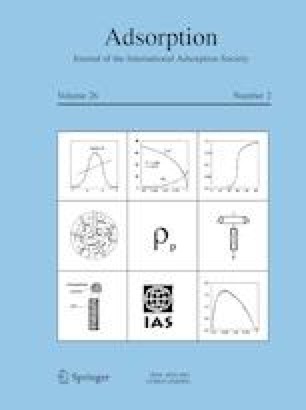 This special issue of Adsorption is constituted by selected papers from the 3rd Iberoamerican Adsorption Symposium (IBA-3) which was held at the Convention Center in Gijón, Asturias (Spain) September 5–7, 2018.

The IBA series of conferences started in 2012 in Brazil, with the idea of bringing together the Iberoamerican academic community interested in adsorption. The symposia are held every 3 years, and were conceived as an important step for building up a network between Latin American and Iberian researchers and industrial practitioners in adsorption and related fields. The main goal of these series is encouraging collaborations to generate and share scientific and technological knowledge, to become a reference forum in this field. The next conference of the series, IBA-4, to be chaired by Karim Sapag (Univ. Nacional de San Luis), will be held in Argentina in 2021.

In parallel to the conference, the 3rd Iberoamerican Adsorption School was organized, very well attended by over 50 students, scientist and industrial peers. Theoretical and practical seminars and lectures were given by international experts in different topics related to fundamental and applied aspects of adsorption. An official certificate for the participants was issued from the Postgraduate Department of CSIC (Spain).

Besides the scientific program, a new element for the IBA series was the organization of various dissemination events open to the general public. On September 4th, a Round Table of Discussion on “Women and Science: analysis of the situation in Latin America and Europe” was held at Antigua Escuela de Comercio in Gijón. Representatives of universities and research organisms from Latin America and Europe acted as panelists. During 2 h, senior scientists, young researchers and attendees of the civil society debated and analyzed about the challenges of women in the path of a scientific career in the Iberoamerican region, identifying gaps in women’s progress in science and future expectations. These activities had a high impact in the local media.

On September 6th evening, after the conference session, Adsorption was taken to the pub. In an open activity in a well-known local pub, some of the delegates attending IBA-3 carried out experiments and discussed with the general audience about the impact of adsorption in our daily life. The delegates also had the opportunity to experience the local culture of Asturias region in Spain by participating in a walking city tour under a heavy rain, and afterwards degusting local food and cider in a typical “sidrería”.

The conference dinner took place in a local restaurant offering one of the most beautiful sea views of the city. During the dinner, the Adsorption Group of the Spanish RSEQ paid homage to Dr. José B. Parra after his retirement for his career contributions to the characterization of porous solids and dedication the Adsorption Group in Spain. Several awards (best PhD thesis in adsorption field in Iberia, best oral and poster student presentations) were also announced during the dinner.

Selected papers among all the contributions presented at IBA-3 were selected for this special issue of Adsorption. All the manuscripts followed the standard peer-reviewing process of regular submissions to the journal.

Finally, the guest editor would like to thank the efforts of all the authors and reviewers for their contributions to this issue, and Farooq Shamsuzzaman, current Editor-in-Chief of Adsorption, for its guidance.