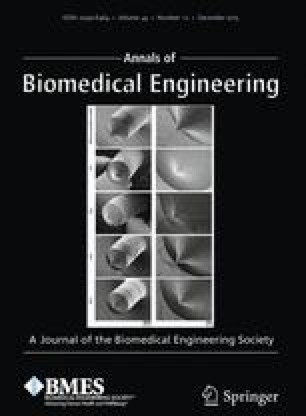 Central nervous system (CNS) tissue motion of the brain occurs over 30 million cardiac cycles per year due to intracranial pressure differences caused by the pulsatile blood flow and cerebrospinal fluid (CSF) motion within the intracranial space. This motion has been found to be elevated in type 1 Chiari malformation. The impact of CNS tissue motion on CSF dynamics was assessed using a moving-boundary computational fluid dynamics (CFD) model of the cervical-medullary junction (CMJ). The cerebellar tonsils and spinal cord were modeled as rigid surfaces moving in the caudocranial direction over the cardiac cycle. The CFD boundary conditions were based on in vivo MR imaging of a 35-year old female Chiari malformation patient with ~150–300 µm motion of the cerebellar tonsils and spinal cord, respectively. Results showed that tissue motion increased CSF pressure dissociation across the CMJ and peak velocities up to 120 and 60%, respectively. Alterations in CSF dynamics were most pronounced near the CMJ and during peak tonsillar velocity. These results show a small CNS tissue motion at the CMJ can alter CSF dynamics for a portion of the cardiac cycle and demonstrate the utility of CFD modeling coupled with MR imaging to help understand CSF dynamics.

Associate Editor Ender A Finol oversaw the review of this article.

Authors would like to appreciate Conquer Chiari and National Institutes of Health (NIH) (Grant No. 1R15NS071455-01) for the support of this work. The authors also thank Nicholas Shaffer for helping with the post-processing of MRI data.

Authors have no conflict of interests.

The independence studies were carried out for computational grid size, time-step size and period number using the following methods. Three different meshes with total cell counts of 0.6, 1.6 and 7.8 million elements were used to evaluate grid independence. Magnitude of peak velocities obtained from each of these meshes were compared at six axial planes along the geometry (Fig. 1) at four different time points corresponding to peak systolic flow, peak diastolic flow, maximum displacement of CNS tissues, and maximum velocity of CNS tissues motion.

Independence of the results from period number and time-step size were evaluated by comparing the same parameters obtained from the first 4 cycles and among the models with three different time-step sizes of T/100, T/200, and T/400 respectively, where T is the period of one cardiac cycle.

Peak velocities were compared by defining the relative error, e, as:
$$e = \left| {\frac{{V_{{{\text{peak}},{\text{fine}}}} - V_{{{\text{peak}},{\text{medium}}}} }}{{V_{{{\text{peak}},{\text{fine}}}} }}} \right|$$
(4)
where V peak is peak velocity calculated on each of the six planes and at each desired time point. The subscripts “medium” and “fine” refer to calculations carried out with the medium and fine grid/time step size respectively. They also represent the parameters reported in the 3rd and 4th cycles respectively. Table 1 shows the values of the relative error in peak velocity calculations at each time point as averaged over the six axial planes. Based on these results, all of the simulations were carried out using the medium computational grid size and T/200 time steps size and their results were reported on the 3rd cycle.
Table 1

Summary of the results obtained from independence studies—values shows mean ± SD of the relative error values among six axial plane.