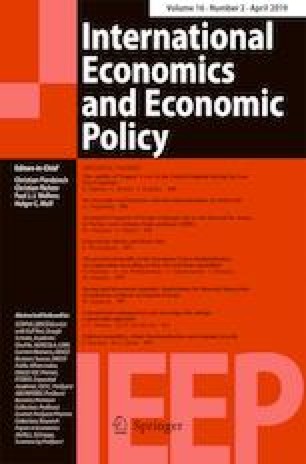 A number of developing countries have been experiencing high rates of ethnic fragmentation, corruption and political instability. The persistent poverty in many of these countries has led to an increased interest among both researchers and policy makers as to how these factors impact a country’s economic growth. Previous research has found mixed results as to whether ethnic fragmentation, corruption and political instability affect economic growth. However, this research has been focused on the direct impact of these variables on growth. This paper innovates by empirically modelling the impact of ethnic fractionalization and corruption on economic growth, both directly and indirectly through their role in affecting political stability. The analyses also add to the literature by testing a new data set with both fixed effects and GMM estimators. Results from a large panel data set of 157 countries from 1996–2014 finds that ethnic fractionalization and corruption negatively impact economic growth indirectly by increasing political instability, which has a negative direct effect on economic growth. Once the indirect effects are accounted for, ethnic fractionalization has no significant direct effect on growth. There is weak evidence to suggest that corruption may, in some countries, actually have a positive direct effect on growth by enabling firms to circumvent bureaucratic red tape, consistent with the “greasing the wheels” hypothesis. These results emphasize the importance of establishing strong institutions which are able to accommodate diverse groups and maintain political stability. Additional results find these implications to be particularly relevant for low-income and/or sub-Saharan African countries. The results also suggest that a country having a wide diversity of languages and religions need not be a hindrance to economic growth if a robust political system is in place.

R2 are not reported as they are invalid in 2sls (see Woolridge 2006). Coefficients shown with standard errors in parentheses. *, ** and *** refers to significance at 10,5 and 1% level

2SLS estimates for instability including Gini

This appendix contains results with both additional variables and another empirical methodology. A country’s openness to international trade may have a significant impact on its economic growth (Ades and Glaeser 1999; Alesina et al. 2000). In order to test the impact of these factors and to check robustness of the other results, analyses including openness is included in the tables below. These tables include a variable for openness (trade/GDP). The tables below also include a variable representing economic freedom. Tables 6 and 7 contain results using the fixed effect methodology in the body of the paper with these additional variables. An interaction term for openness and initial GDP per capita was also tested but was insignificant so not included in the results. Tables 8 and 9 test these additional variables using a GMM methodology. One of the weaknesses of a 2SLS or similar type of regression analysis is its reliance on functional form. As an additional test of robustness, a generalized method of moments (GMM) methodology is employed on the data. Its usage in this case helps to show that the results are not contingent to specific assumptions regarding functional form.
Table 6

Coefficients shown with standard errors in parentheses. *, ** and *** refers to significance at 10,5 and 1% level

Coefficients shown with standard errors in parentheses. *, ** and *** refers to significance at 10,5 and 1% level