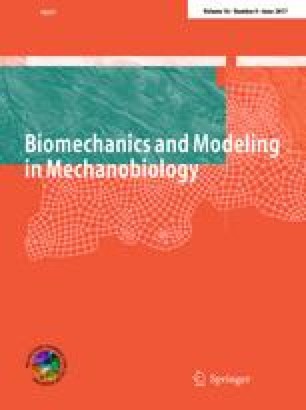 Inferior vena cava (IVC) filters are medical devices designed to provide a mechanical barrier to the passage of emboli from the deep veins of the legs to the heart and lungs. Despite decades of development and clinical use, IVC filters still fail to prevent the passage of all hazardous emboli. The objective of this study is to (1) develop a resolved two-way computational model of embolus transport, (2) provide verification and validation evidence for the model, and (3) demonstrate the ability of the model to predict the embolus-trapping efficiency of an IVC filter. Our model couples computational fluid dynamics simulations of blood flow to six-degree-of-freedom simulations of embolus transport and resolves the interactions between rigid, spherical emboli and the blood flow using an immersed boundary method. Following model development and numerical verification and validation of the computational approach against benchmark data from the literature, embolus transport simulations are performed in an idealized IVC geometry. Centered and tilted filter orientations are considered using a nonlinear finite element-based virtual filter placement procedure. A total of 2048 coupled CFD/6-DOF simulations are performed to predict the embolus-trapping statistics of the filter. The simulations predict that the embolus-trapping efficiency of the IVC filter increases with increasing embolus diameter and increasing embolus-to-blood density ratio. Tilted filter placement is found to decrease the embolus-trapping efficiency compared with centered filter placement. Multiple embolus-trapping locations are predicted for the IVC filter, and the trapping locations are predicted to shift upstream and toward the vessel wall with increasing embolus diameter. Simulations of the injection of successive emboli into the IVC are also performed and reveal that the embolus-trapping efficiency decreases with increasing thrombus load in the IVC filter. In future work, the computational tool could be used to investigate IVC filter design improvements, the effect of patient anatomy on embolus transport and IVC filter embolus-trapping efficiency, and, with further development and validation, optimal filter selection and placement on a patient-specific basis.

This research was supported by the Walker Assistantship program at The Pennsylvania State Applied Research Laboratory.

Several changes were made to the resolved and coupled CFD/6-DOF solver from Hager (2014) and Hager et al. (2014) (cfdemSolverIB) to improve the stability and accuracy of the solver and to extend functionality:

In the original solver, only one-way coupling of particle rotations (from the solid to the fluid) had been implemented. We added two-way rotation coupling by creating a model for calculating the viscous moments exerted by the fluid on the solid particles (Eq. 12). The fluid viscous moments are communicated from the CFD solver to the 6-DOF solver and are included in the calculation of the Newton–Euler equations that update the angular velocity of the particles (Fig. 1).

Improved calculation of the gravitational and buoyancy forces

The buoyancy and gravitational force calculations were modified such that both are calculated numerically. This prevents oscillations that develop in the original code when one force is calculated analytically and the other numerically (Fig. 12a).

Tight-coupling of the CFD and 6-DOF solvers was implemented by performing subiterations with under-relaxation (Campbell 2010; Dunbar et al. 2015). However, simulations revealed that the error associated with loose-coupling is quite small (Fig. 12b) and, thus, loose-coupling was determined to be acceptable for the present study.

A new force model was implemented so that cases with periodic flow boundary conditions can be performed. Periodic boundary conditions were needed for the Segré–Silberberg validation case (Fig. 4) to reduce the size of the computational domain from a required length of \(L\approx 2500R\) to \(L=8R\) and, thereby, the CPU wall time required for the simulations.

When implementing periodic boundary conditions, it is common to use a momentum source term to fix the mean fluid velocity. In OpenFOAM, one method for doing this is to use the momentum source model pressureGradientExplicitSource (since renamed meanVelocityForce) that effectively splits the pressure term in the Navier–Stokes equations into two separate components: a mean pressure gradient (to fix the mean fluid velocity) and a local variation in the pressure Thus, when using pressureGradientExplicitSource, the pressure gradient is missing from the pressure field, and the fluid pressure drag force calculated in Eq. 11 is incorrect.

Modification of the solver execution order

As originally implemented, during the first timestep, the solver calculated the 6-DOF motion of the particles without applying any fluid forces or moments. As a result, sudden unphysical accelerations could occur at startup.

For example, when simulating the transport of particles subject to a gravitational body force, the first 6-DOF iterations would be performed without the inclusion of any fluid forces (including the buoyancy force). Without any fluid forces to resist the particle motion, the particle would accelerate as if it were suspended in a vacuum (Fig. 12c, d). The fluid viscous, pressure, and buoyancy forces would be considered during the next 6-DOF iteration, but the forces would be unphysically large due to the high particle velocity generated during the first timestep, creating temporal force and velocity oscillations (Fig. 12c, d). The oscillations in the forces appear to eventually damp out, but the accuracy of the simulation is still affected.

Therefore, the coupling sequence was changed so that the fluid forces are calculated at the start of each new timestep using the results from the last CFD timestep (Fig. 1). The 6-DOF calculation is performed using the obtained fluid forces (Fig. 1). The forces produced during startup with the updated algorithm are more stable and accurate (Fig. 12c, d).

Improved calculation of the void fraction when crossing processor boundaries

Calculation of the void fraction was improved so that cells are not mistakenly assigned as fluid when they should be part of the solid domain when spheres cross processor boundaries. Similar improvements have been implemented in the latest release of CFDEMcoupling from DCS (see git commit https://github.com/ParticulateFlow/CFDEMcoupling-PUBLIC/commit/67f3ffb6bfb506268a6c60c0fe9ad5b9d320a1b9).