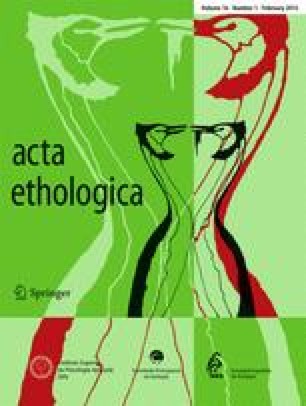 Unraveling complex interactions between animal species is of paramount importance to understand competition, facilitation, and community assembly processes. Using data from GPS positions of sheep (Ovis aries) and red deer (Cervus elaphus) grazing a moorland plot, we modeled the animal movement of each species as a function of the distance between individuals, with the aim to assess the role of animal interactions (i.e., attraction and repulsion) in their spatial movement. We used black box-based models. These models do not require making assumptions about the biological meaning of their parameters. They are data-driven and use embedding complex algorithms that create nonlinear functions that estimate the behavior of the system, in our case the movement of our animals, and its errors. We used an algorithm based on radial basis functions to build models of time series data, using minimum description length as the criteria for model optimization. Included in the model is a factor that captures the collective behavior of the animals based on the distance between individuals. The model emphasizes the spatial relationship between animals from the absolute navigational directions by attenuating the latter. Our simulations showed that animals of the same specie tend to group together, with sheep having a stronger grouping behavior than deer. The dynamics of the model are density dependent, that is, the number of animals within range affects the strength of the interactions and their grouping behavior. A strong swarm behavior was detected by the model, the longer the distance between species, the stronger the attraction between them; and the shorter the separation between species, the stronger their repulsion, which suggests inter- and intra-competition for food and space resources. Our modeling approach is useful to interpret animal movement interactions between animals of the same or different species, in order to unravel complex cooperative or competitive behaviors, or to make predictions of animal movement under different population scenarios.

In memory of our colleague and friend Chano (Graciano Dieck Kattas) who might be watching this work from greener pastures. The field work was funded by the Scottish Government's Rural and Environment Science and Analytical Services Division (RESAS), and the Leonardo da Vinci programme (European Commission) provided grant-holders that assisted this study. We thank Russell Hooper for his support with the GPS collars and the personnel from Glensaugh Experimental Field Station for looking after the animals. GDK was supported by the Hong Kong PHD Fellowship Scheme (HKPFS) from the Research Grants Council (RGC) of Hong Kong. XKX is currently supported by the PolyU Postdoctoral Fellowships Scheme (G-YX4A) and the Research Grants Council of Hong Kong (BQ19H). XKX also acknowledges the Natural Science Foundation of China (61004104, 61104143). DMW acknowledges the Australian Research Council Discovery Projects 2012 (DP120104759) and the Melbourne Energy Institute for support.

Qualitative description of the simulated dynamics

We now present as supplementary material, videos of simulations which mimic some of the most basic observed behaviors in order to visualize the dynamics. Each iteration of our models corresponds to 30 min in the data, following the sampling time of the input data as described in “Material and methods.” The variety between our 25 model combinations gave a wide range of interesting behaviors. We will summarize three essential scenarios which we observed repeatedly throughout our simulations, and these give a basic picture of how the interactions between sheep and deer affect their movement throughout time. All our simulations were performed by randomly placing the five sheep and four deer within a circle of radius r c meters, and therefore, a low value of r c implies high density conditions because the animals are very close together, and a high r c corresponds to low density with the animals further apart.

The first basic scenario consists of each species aggregating on their own and then later moving in the same direction or maintaing a distance between them. This was especially observed for cases of high density, with the sheep and deer initially separating, clustering within their own specie, and finally the sheep following the deer with some distance. The latter was visualized after the groups of sheep and deer are formed initially in the simulation, producing afterwards a stable coupled movement where the sheep group trails the deer group indefinitely, or it tries to maintain a stable separation with the more independent moving sheep. Video high.mp4 shows snapshots of a simulation where this happens, the animals are initially close together at t = 0 and later the two species move away from each other, but finally move in the same direction. The coupled global direction in the final stable state implies that sheep and deer like to move in the same areas.

Another interesting situation that we encountered in some simulations is the deer forming two groups around the sheep. This happens more regularly in cases of intermediate density values. Video med.mp4 shows a scenario where the sheep group together and start moving, but the deer settle into two different groups without forming a single cluster because doing so would involve getting closer to the sheep. Essentially, we can see here that the deer are more independent and do not prioritize grouping. Even a single independent deer can still be the head of the combined group sheep and deer, without being clustered to anybody else. Sheep being separated by deer does not commonly happen at these density levels, implying that the sheep have a stronger tendency to group together.

Finally, for cases of lower densities, the behaviors are quite varied depending on the models and the placement of the individuals. Sometimes the two situations described previously would also appear with low density initial conditions, but with an obvious larger transient time which required the individuals to cluster and then move together from higher separations. Nevertheless, a very interesting scenario occurs if the sheep start separated by long distances and with deer in-between them. The sheep form two distinct groups with their nearest neighbors, but they do not fully aggregate because the deer block their path. Video low.mp4 shows a simulation of this case. Even the deer do not totally unify into a single group, with three of them near the top sheep group, and one approaching the bottom group. After a long transient, the system shows this loose equilibrium with the sheep unable to have a unified group or moving direction.